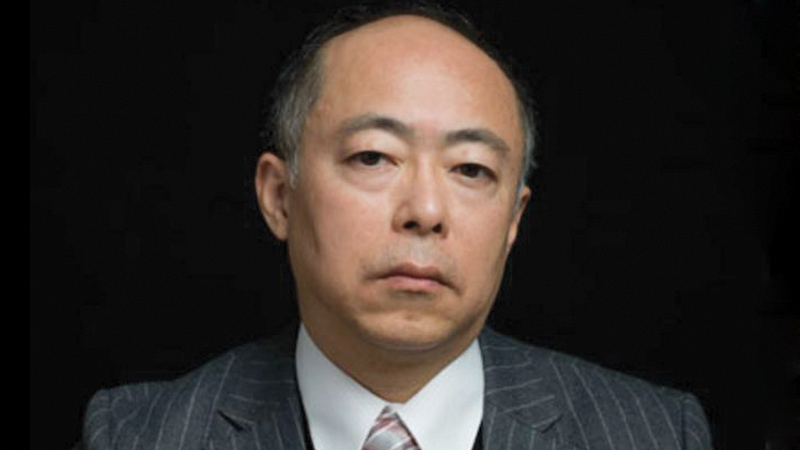 Motoo Noguchi is a Prosecutor at the Supreme Prosecutors Office of Japan; Chair of the Board of Directors, the Trust Fund for Victims, International Criminal Court.

It is critical to recognize that the ongoing efforts for the reconciliation mechanisms are for the entire people of Sri Lanka and are intended to benefit all of them in an equal manner. There may be some misunderstanding that the mechanisms will benefit only a part of the people of Sri Lanka, such as Tamil people, but this should not be the case. In addition to the unprecedented nature of the efforts, maybe some foreign words unfamiliar to the Asian people, such as transitional justice and accountability, are a cause of the misunderstanding. In fact, these words do not exist in the Japanese language, neither, and we have yet to find directly equivalent and natural translation of these words in Japanese. Therefore, I will try to explain my understanding of the reconciliation without using these words.

Later in the 20th century, Sri Lanka entered a tragic phase of violence and war which finally ended in 2009. Since then, the Government and people of Sri Lanka have been focusing on rebuilding a united, peaceful, and prosperous country. During the decades of prolonged violence and war, many people suffered immensely, irrespective of ethnicity or religion. Indeed, the serious sufferings extended to the entire country. But the tragic phase ended and now you are rebuilding your country.

As an initial step, there are several things to be prioritized, together with constant efforts to achieve further economic development. First, the fate and whereabouts of those who are still missing must be found and known to their families without further delay. Second, those who seriously suffered must be adequately redressed so that they can regain their dignity and hope and start a new life. Third, those who were responsible for these serious sufferings must be punished according to law and subject to the availability of credible evidence. Fourth, all the communities across the country must reunite to rebuild a peaceful and prosperous country and to prevent the recurrence of past tragedies.

To achieve the objectives above, the reconciliation mechanisms are composed of four pillars, truth, justice, reparations, and non-recurrence. All of them are equally important to rebuild the country and to lay the foundation for sustainable economic development for a united and peaceful country. It is important not only for the present Sri Lankan people, but more so for the generation of your children. You must not make your children face again all the tragedies that you had to undergo.

This is my understanding of what the reconciliation means. This is such a simple thing, which I trust is the common belief of all the Sri Lankan people. You don’t need to see it as overly complicated or something foreign to the culture of Sri Lanka.

Among the four pillars, the accountability mechanism or criminal prosecution is seen as the most politically sensitive issue. I see this largely coming from the misunderstanding that the judicial mechanism that is under discussion will benefit only a part of the entire population, more concretely only Tamil people. This is because many people, in particular those from the majority community, tend to see this mechanism as a forum for prosecuting the alleged war crimes committed by the military forces during the war, while leaving the crimes committed by the LTTE side unaddressed. As a result, they tend to see the accountability mechanism as a structurally one-sided and inherently unfair forum aimed at punishing their war heroes.

I don’t think that is the case, because what this mechanism intends to do is to prosecute those who were responsible for serious sufferings of people, irrespective of their ethnicity or religion, and thereby to provide justice to victims, their families, and their communities. The main criteria in the case selection should be the gravity of crime and not who committed the crime. This is exactly what is meant by the rule of law and there is no space for politics here. In other words, the judicial mechanism should be designed, structured and operated in a way that it will benefit all the communities of Sri Lanka in a fair and equal manner. The scope of crimes to be addressed by the judicial mechanism needs to be carefully considered taking this point into account, both in terms of material and temporal jurisdiction. Because this is a critical point to ensure the unreserved support and active participation for the judicial mechanism, which are crucial for its success in delivering justice that is acceptable to all.

It is also important to know that the judicial mechanism is not a forum to pursue collective responsibility to some entities including the military forces. On the contrary, it is procedures to identify individual criminal responsibility, thereby contributing to convictions against some individuals while releasing others from unfounded allegations against them. And those who are prosecuted of course have a right to rebut to charges against them under due process of law and shall be acquitted in case of a successful defense or the absence of evidence to prove guilt beyond reasonable doubt.

The question of international judges seems to have been focused in the discussion surrounding the accountability mechanism. In my view, what is most important is not the nationality of judges, but whether an individual serving as judge can be supported from all the communities equally and whether the people is willing to leave the fate of cases of his/her wisdom and professionalism. What is more important is to secure the fair, skillful and efficient investigations which are a prerequisite to make any subsequent trials meaningful. Without high quality investigations there are not much that even the most able judges can do.

Some may argue that it would be better to forget about past events and just look to the future, without undergoing painful and complicated procedures of criminal prosecution and trials. However, I think such an approach will effectively endorse the culture of impunity, will fail to provide justice to victims, and will increase the risk of recurrence of similar crimes and tragedies. As an established democratic country, Sri Lanka must stick to the rule of law, not only on legal texts but also through concrete action of the judiciary.

In the end, the ability of State to protect its people by adherence to the rule of law is one of the most essential infrastructure of a Nation State. Same as other critical elements of social infrastructure such as water, sanitation, education, transportation and financial systems, the principled and efficient judiciary is a key element for a democratic nation. For Sri Lanka to make great steps forward towards sustainable economic development and prosperity, the stable and determined application of the rule of law is a must. Japan is a long friend of Sri Lanka. Nearly seventy years ago, when Japan was struggling to rebuild the country from the scourge of war, Sri Lanka was one of the first countries which strongly supported Japan in its endeavors to return to the international community.

Now that Sri Lanka is determined to overcome the past tragedies and move forward, I, as a Japanese citizen, am most honoured and pleased to be of any help to you in these unprecedented endeavors. I thank you, my friends.

( Special message to the Sri Lankan people regarding the ongoing efforts for reconciliation from Motoo Noguchi, Prosecutor at the Supreme Prosecutors Office of Japan.)

Motoo Noguchi is a Prosecutor at the Supreme Prosecutors Office of Japan; Chair of the Board of Directors, the Trust Fund for Victims, International Criminal Court; Former United Nations international Judge at the Cambodia Khmer Rouge Trials, the Supreme Court Chamber; Former Professor of UNAFEI (United Nations Asia and Far East Institute for the Prevention of Crime and Treatment of Offenders), Former Visiting Professor of the University of Tokyo; Former Counsel, Office of the General Counsel, Asian Development Bank.