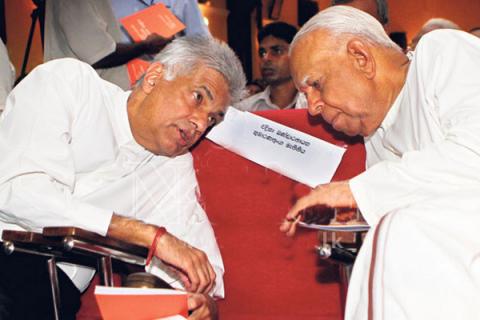 While promising justice for the war time disappearances  and other crimes including a South African style Truth Commission, president Ranil Rajapaksa led government  has opposed the allocation of US$ 3.4mn (Rs 1.2bn) by the United Nations to enforce the latest Human Rights Council (UNHRC) resolution on promoting reconciliation, accountability and human rights in Sri Lanka.

In Geneva TNA politicians advocated a stronger resolution even citing Ranil Rajapaksa’s past promises but now has falling in line with same promises of the same Ranil Rajapaksa.

Sri Lanka government has categorically rejected the UNHRC resolution 51/1 on Sri Lanka in October 2022 and called  for rejection by vote. It was adopted with majority vote, only 7 countries opposing it.

The sum is part of the UN’s suggested programme budget for 2023 to assist implementation through its relevant arms of the resolutions and decisions adopted by the UNHRC on various countries. It was discussed this week in the UN General Assembly’s Fifth Committee, which is responsible for administrative and budgetary matters.

In particular, Sri Lanka rejected a proposal to continue work initiated in the 2021 resolution which created capacity within the Office of the UN High Commissioner for Human Rights (OHCHR) to collect, consolidate, analyse and preserve information to support judicial and other proceedings against the state.

The enhanced budgetary allocation floated in the Fifth Committee this week will also support the work of the OHCHR.

“This Committee is being asked to approve resources from the limited UN regular budget to implement a resolution rejected by the country concerned,” Sri Lanka’s representative at the meeting protested.

Further Sri Lanka’s representative criticised the  UNHRC being divisive and told the 5th committee that  competent domestic procedures are in place in Sri Lanka  to  carry out the  activities undertaken by the UNHRC.

But there is no such “competent domestic procedures” in place in Sri Lanka. This was a diabolical lie.

Among other countries that raised concerns regarding the enhanced budgetary allocations for the implementation of UNHRC resolutions were Iran, Russia, Ethiopia and Uganda.

Sri Lanka also objected to an “exaggerated” estimated resource requirement of US$ 2.13mn (Rs 785mn) for 2024. Echoing the “serious concerns” of other member States over the budgetary implications, the representative pointed out that “the unprecedented and ad hoc expansion of the Council’s mandate and the functions of a technical secretariat was never envisaged when that body was first created”.

At a time when the global economy has been severely impacted due to various crises and member States were adopting austerity measures, “it is our responsibility to be extra vigilant and be disciplined when engaging in making budgetary provision”, he said.

With the inputs from Sunday Times ST