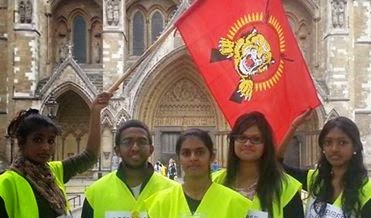 Q The Government had said the LTTE had been militarily defeated. But, if they are regrouping in Sri Lanka, who is backing them?
A After LTTE’s military defeat, the LTTE leader Deivyhan reorganized the network with help from Nediyawan in Norway and Vinayagam in France. Deivyghan set up an operational base in Tamil Nadu exploiting the terrorist-political-criminal nexus. A former bodyguard, black tiger and pilot Deivyhan worked with Gopi and Appan, both of the intelligence wing.
After the end of the conflict in May 2009, the LTTE in Tamil Nadu build a network in the north starting with propaganda and gradually supported the building of cells to collect intelligence and mount attacks.
Q Does the Tamil Nadu factor and Western geostrategy have any influence on the revival of the LTTE?
The LTTE survived by turning to their overseas branches and fronts in Tamil Nadu and Western countries. Canada, France, Germany, Switzerland and the UK hosting large Sri Lankan communities emerged as conducive arenas. The LTTE and its proxy TNA rhetoric politicized Tamil Nadu politicians and radicalized segments of Tamil expatriates in western countries to support revival.
There has been half a dozen plots to target Sri Lanka since May 2009. The security platform during the three phases – humanitarian assistance, socioeconomic development and political engagement – prevented a revival. The national security and counter terrorism agencies have effectively responded to the threat. The LTTE overseas focused on lobbying to dismantle the security platform in Sri Lanka to make a surreptitious come back! Like terrorism returned in Iraq and Afghanistan, terrorism will return if government dismantles the security platform. Committed to long term stability and prosperity, Secretary Defence Gotabhaya Rajapaksa understands separatist sentiments, intentions and strategy and has resisted external and internal pressures.
Q How strong is the LTTE international network? Is Sri Lanka doing the right thing in combating the issue internationally?
A. The LTTE branches and fronts in Tamil Nadu and the West supported the revival of the LTTE. With the centre of gravity of the LTTE shifting to the international arena, the international law enforcement and security and intelligence services are concerned about the regrouping of the LTTE. They do not want their host countries to be exploited by the LTTE to target another country. To fight the revival of the LTTE, there is extensive counter-terrorism cooperation and collaboration. Despite the geopolitical differences and strategic challenges, governments will continue to cooperate on security as long as terrorism remains a tie one threat!.
The first step now is to dismantle the LTTE infrastructure overseas.
The designation of the LTTE, its entities and persons under UN Security Council Resolution 1373 is a dynamic process. The Ministry of Defence of Sri Lanka under Secretary Rajapaksa is continuing to review individuals and institutions engaged in terrorism periodically. The process will continue as long as the threat persists. The process is informed by multiple streams of information. The Sri Lankan authorities recovered a huge LTTE archive including Castro’s holdings. This included Castro’s diaries where he maintained meticulous records of persons, organizations, events, conversations, visits and finances! The designation is based on a review of multiple streams of raw and processed information, both past and current. In addition what foreign governments has shared, access to high value detainees and others transformed and reintegrated helped to verify existing data banks
Q Is there support for revival of of the LTTE from the Tamil community?
A. The LTTE is no longer supported by the Tamil community in Sri Lanka. For the detection of the LTTE attack, intelligence and propaganda cells led by Deivyghan, Gopi and Appan the information came from the Tamil community. The ordinary Tamil man and woman do not want a revival of terrorism.
In the past, the LTTE produced a large volumes of misinformation and disinformation that is fed to diplomatic missions in Colombo, western governments, IGOs, NGOs, especially human rights organizations, mass media and the expatriate community.

The worst is over but remnants seeking to regroup and activities of LTTE proxies should be closely observed. To prevent propaganda from being published, the editors of Tamil newspapers should be held accountable for publishing disinformation and misinformation.

Today the threat is originating from overseas as the LTTE overseas is influencing the Tamil media abroad. The Sri Lankan government should focus on dismantling the LTTE network overseas as long as there is a threat to the country.