SriLankan Airlines probe running out of time; no response from President 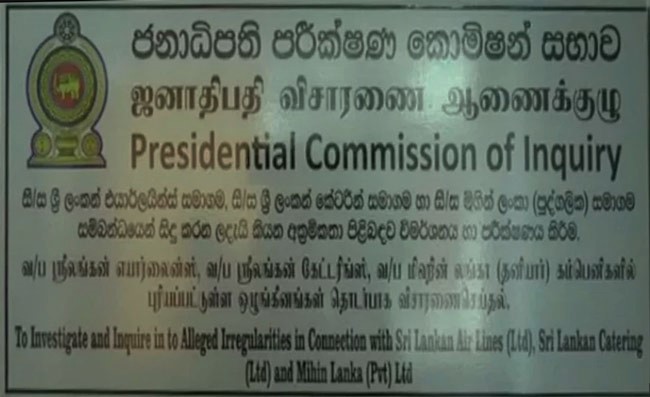 ECONOMYNEXT – Sri Lanka’s Presidential Secretariat has not responded to repeated requests from a Commission of Inquiry probing irregularities at state-run SriLankan Airlines and Mihin Lanka for more time to complete its work, its chairman said.

Commission Chairman Anil Gunaratne, a retired Supreme Court judge, said that the Presidential Secretariat has not responded to multiple requests from the commission to extend its duration over the past one and a half weeks.

“We don’t know whether the extension will be granted, or even if anyone is opening the letters,” he said.

The Presidential Commission is set to end on December 31, after receiving an extension to its initial expiry date of July 31.

Senior Deputy Solicitor General Niel Unamboowe said that around 20-30 witnesses are yet to testify.

Gunaratne said that another letter will be sent today.

“We’re doing a public service for a tuppence, burning the midnight oil. We’re only asking for an extension to write the report,” he said.

The revelation comes after President Maithripala Sirisena said that investigations into allegations of fraud during the last regime will continue even after he appointed Mahinda Rajapaksa as Prime Minister last month.

The commission is investigating the airline’s mismanagement and corruption from 2006 till January 2018.

After Rajapaksa was appointed Prime Minister in October, he brought back former SriLankan Chief Executive Kapila Chandrasena, and appointed him Chairman of the airline.

However, Chandrasena’s appointment was reversed after public outcry, as he is under investigation at the commission. (Colombo/Nov26/2018)
ENS