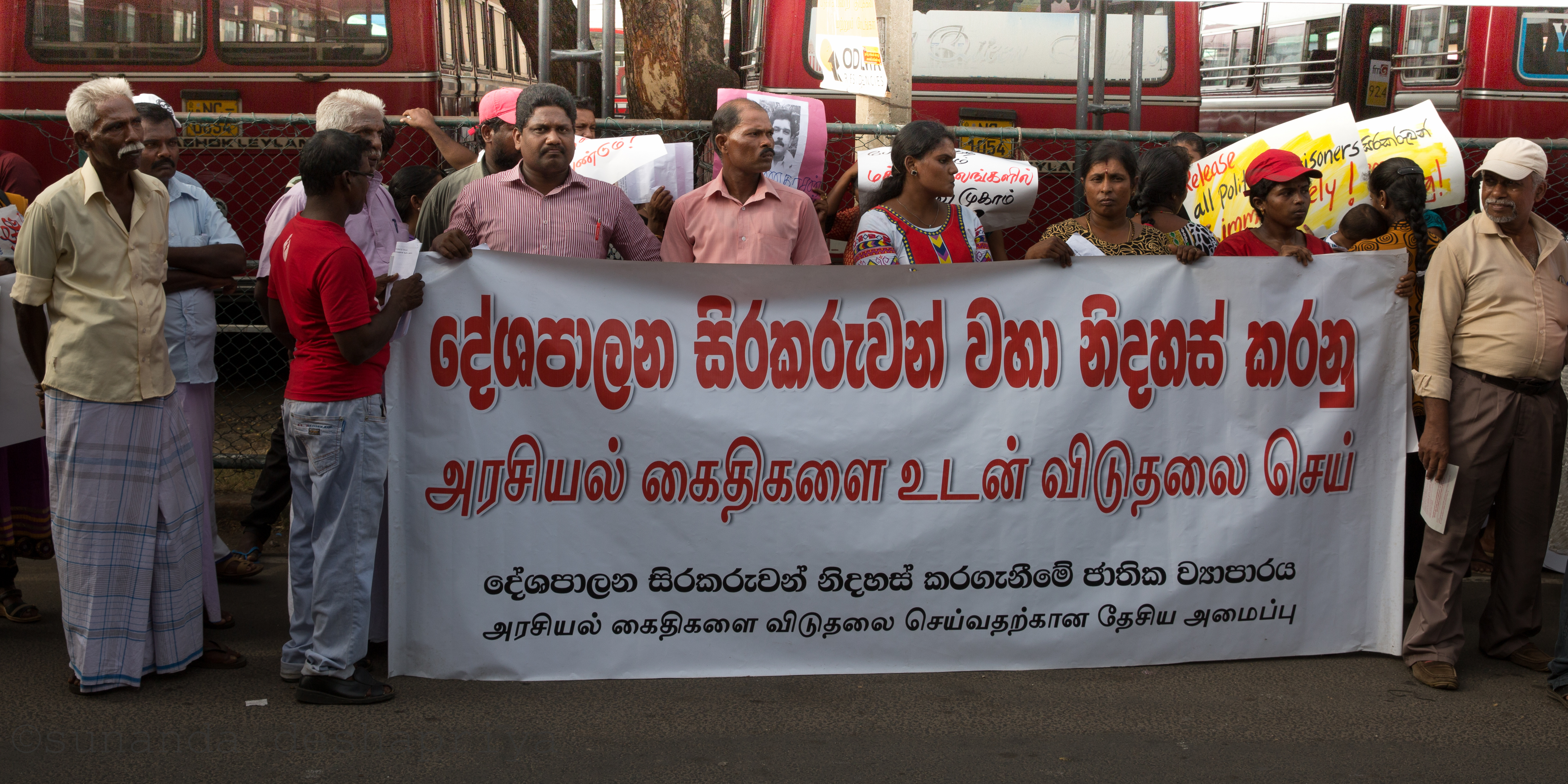 Image: Campaign for the release of political prisoners are gathering momentum. ©s .deshapriya.

Defence State Minister Ruwan Wijewardene has reiterated that the remanded LTTE suspects, who had allegedly committed serious crimes,will not be freed without a judicial process despite the hartal campaigns in the North, according to state controlled Daily News.

Wijewardene, a close relative of the PM Wickremasinghe, has  made these observations speaking to the media after an event at a school in Biyagama.

The State Minister had said  that several TNA members are trying to disrupt the day-to-day life of the people in the North by organizing a hartal campaign.

The Minister, pointing out that there are no ‘political prisoners’ as claimed by the TNA, said that the investigations have revealed that those prisoners were involved in serious crimes during the time of war. He  had emphasized that  those prisoners could not be released without a judicial inquiry.

With the inputs form Daily News.