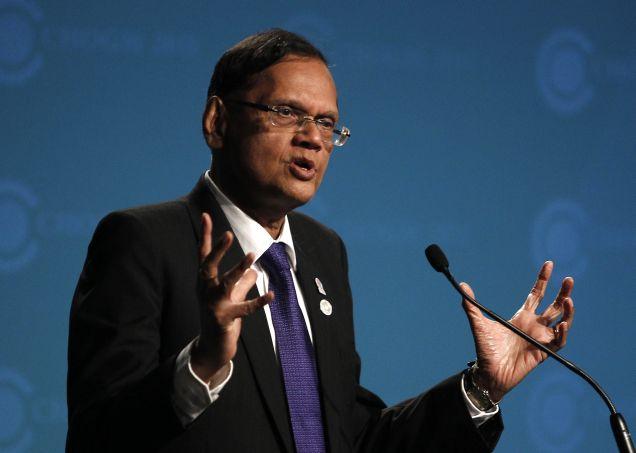 Parvathi Menon
The report on the human rights situation in Sri Lanka by United Nations Commissioner for Human Rights -Navi Pillay was “unfair, wrong and biased” said G.L Peiris Sri Lanka’s Minister for External Affairs. He was addressing a press conference at the Sri Lankan High Commission in London on Monday.
He said the “tone and substance” of the report showed a “distressing lack of balance.” Mr. Peiris contested several of the points made by Ms. Pillay in her report. Unlike Yugoslavia and Cambodia where post-conflict reconstruction took years, he said that Sri Lanka had made remarkable progress in reconstruction efforts in just four years since the end of the conflict.
He said that the government had already invested US $ 3 billion in infrastructural development and in creating new opportunities for the people of the north.
Sri Lanka had invited Ms.Pillay in the interests of “transparency and visibility”, he said, allowing her free access to any part of the country she wished to visit. Her “trenchant criticism” of the presence and role of the army in the north, which she called “obtrusive and oppressive,” was incorrect, he said. She chose to ignore the findings of a report that was recently prepared by a group of UN agencies in Sri Lanka that came to the opposite conclusion. All this suggested that Ms.Pillay had “formed her views before reaching the shores of the country.”
The army, he said was in fact playing a constructive role in helping the complex and difficult transition from a state in conflict to post conflict stability. Ms.Pillay did not touch on the central issue of land, and of the problems in re-distributing land to those from whom the LTTE had forcibly acquired land and destroyed title deeds.
Mr. Peiris said that Ms.Pillay did not produce empirical evidence to substantiate her allegation that “Sri Lanka is moving towards authoritarianism.” He said that the northern province will vote this month in the provincial council elections after a gap of 25 years. “We have taken action to see that people can pass judgment on their own government. Is that authoritarianism?” he asked.
He said she provided no basis to her allegation that the government is guilty of “war crimes.”
The Sri Lankan government took exception to her plans – which she later cancelled – on paying floral tributes to the spot in Mullivaikal where LTTE leader Vellupillai Prabhakaran was killed. Mr. Peiris claimed that she had kept the Sri Lankan government in the dark about this. It was understandable, he said, if she had paid tributes to all those killed in the conflict in a neutral place, but this however was partial.
The Hindu
Share
Facebook
Twitter
WhatsApp
Pinterest
Email