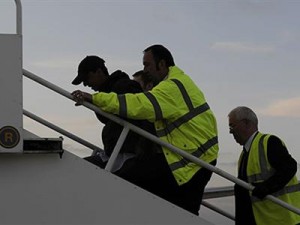 September 3, 2013
The Swiss authorities have suspended deporting Tamils back to Sri Lanka after two people who were deported were arrested, the Swiss media reported.
The Federal Office for Migration (FOM), has said that the deportation was suspended to ensure the safety of the Tamils deported to Sri Lanka.

The Swiss Embassy in Colombo is looking into the fate of the two Tamils who were arrested, Swiss officials told the Swiss media.
The FOM is to look into all the dossiers of Sri Lankans in Switzerland who are currently facing deportation.
Since 2011, Switzerland forcibly deported 24 Sri Lankans while 129 others had left the country voluntarily. (Colombo Gazette)