Sri Lanka: UK confident that OHCHR, together with Special Procedures, can provide a full and comprehensive investigation. 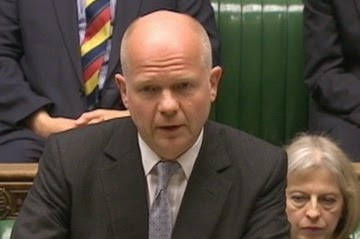 The Foreign Secretary updated Parliament on the UK’s support for a strong resolution of the UN Human Rights Council on Sri Lanka.
During the Commonwealth Heads of Government Meeting held in Sri Lanka last year, the Prime Minister called on the Sri Lankan government to launch a credible domestic process to ensure accountability for alleged violations and abuses of international humanitarian and human rights law on both sides during the conflict.  The Prime Minister said that if the Sri Lankan government did not take this step, we would use our position on the UN Human Rights Council to seek an internal investigation.In the intervening months, we have pressed the Sri Lankan government to set up a domestic process to investigate these allegations and ensure accountability.
However, no credible domestic accountability processes have been set up to date in Sri Lanka.
As a result, the time has now come for international action on the human rights situation in Sri Lanka. The UK is therefore working in support of a strong resolution which calls for an international investigation, which will be voted on by the end of this month at the UN Human Rights Council. A draft resolution was jointly tabled at the UN HRC by the UK, US, Mauritius, Macedonia and Montenegro, on Monday 3 March. The draft resolution calls for the Office of the UN High Commissioner for Human Rights to lead the international investigation, and to report back by March 2015. Further discussions on the text will take place this month.
The adoption of the resolution is not a foregone conclusion. Ahead of the vote, the Prime Minister and I, and other Foreign & Commonwealth Office Ministers, have been in contact with a wide range of UN HRC member states to encourage them to support a strong resolution that calls for an international investigation. In doing so, we have drawn attention to the assessment of the UN High Commissioner for Human Rights who points to the need for this investigation, as progress on accountability in Sri Lanka has been, in her words, “limited and piecemeal”. The Commissioner has also highlighted concerns on other human rights issues, including the undermining of independent institutions such as the judiciary in Sri Lanka, a “significant” surge in attacks on religious minorities and impunity for those committing serious human rights abuses. In the remaining days before the vote we will continue to urge UN HRC members to support this action, and maintain our close contact with NGOs and civil society.
We welcome the offer of the Office of the High Commissioner for Human Rights to assist in an international investigation, which would be a significant step forward in ensuring that the Sri Lankan people will know the truth behind events during the conflict. We are confident that the Office of the UN High Commissioner for Human Rights, together with Special Procedures, can provide a full and comprehensive investigation.
It is important to recognise that, as a country and a people, Sri Lanka has enormous potential, with the opportunity to become a strong and prosperous nation, if the Sri Lankan government addresses these vital issues. The UK has previously welcomed progress in Sri Lanka in areas including demining (on which the Prime Minister last year announced a further £2.1 million of UK funding), reconstruction of former conflict affected areas and the reintegration of child soldiers. Such progress should not be overlooked. But it is also important that this progress is matched by substantive progress on reconciliation, human rights and accountability. It is clear that Sri Lanka still has a long way to go in this respect, in order to achieve lasting peace and reconciliation. Accountability plays an important part in the reconciliation process, and must not be ignored. This is intended to be a resolution which will help to address the legitimate concerns of all communities.