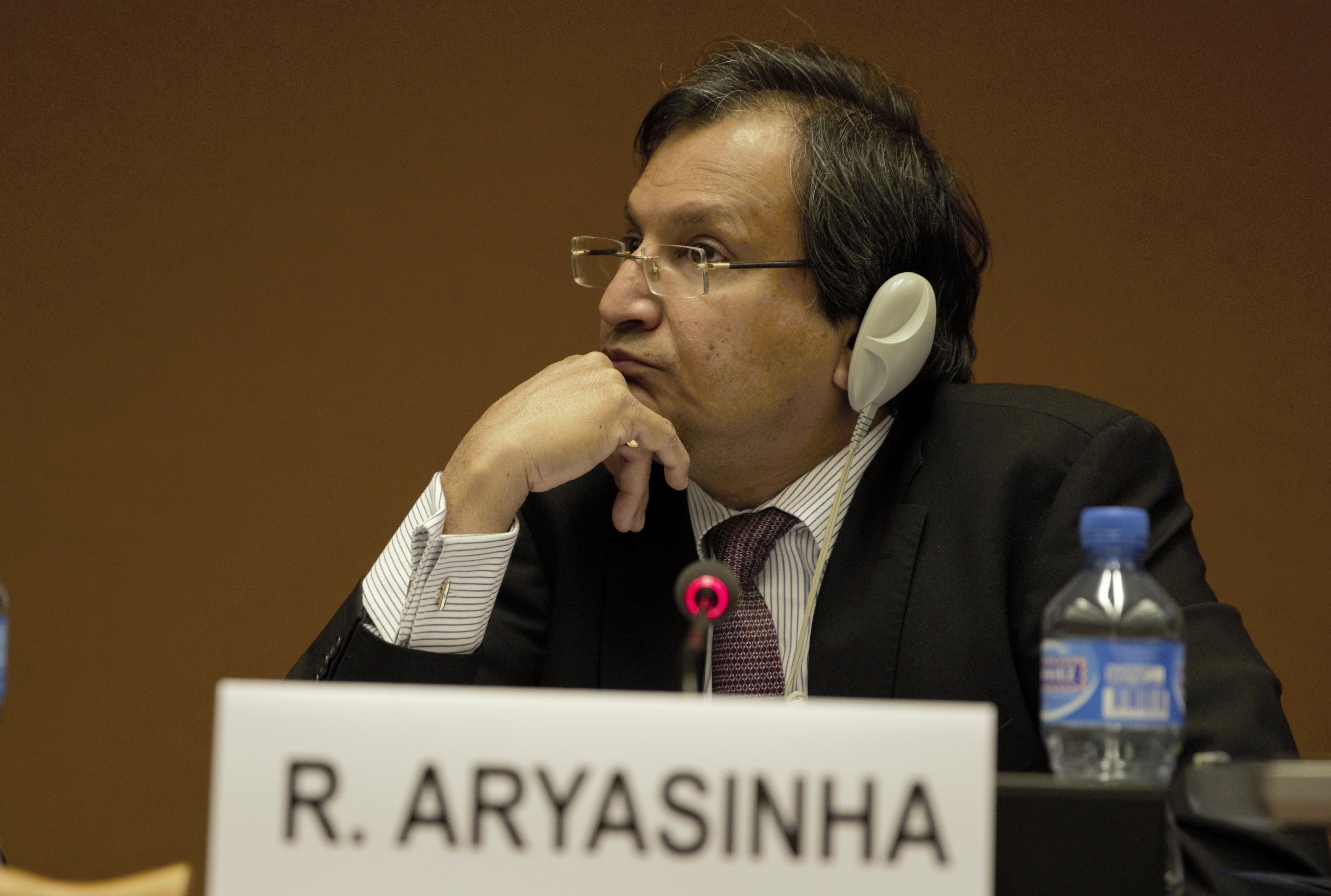 On 03rd Friday Ambassador / Permanent Representative of Sri Lanka Ravinatha P. Aryasinhathe told the ongoing 34the session of  UNHRC  that Sri Lanka is  currently in the process of deliberating on establishing an effective mechanism   for   constant   and   continuous   follow-up and   implementation   of recommendations by Special Procedures and other human rights mechanisms.

Making a statement under the agenda item 3  in response to the report presented by the Special Rapporteur on Torture and other Cruel, Inhuman or Degrading Treatment Ambassador  Ravinatha P. Aryasinha  further said that  the government takes  note  of  the  Report  submitted  by  the  outgoing  Special  Rapporteur,  to  this Council, on his visit to the country, at an important transformative time in Sri Lanka. The government is   studying  the  Report with  due  diligenc  end  objective  and  aim  is  to prevent and combat torture and we are committed to taking steps towards this end, he said.

Some of the steps taken so far include the following:

Issuance  of  directions ,  in  June  2016,  by  the  President,  who  is  also  the Commander-in-Chief of the Armed Forces and Minister of Defence, requiring the Armed Forces and the Police to,
(1) ensure that fundamental rights of persons arrested or detained are respected and that such persons are treated humanely; and
(2) assist and facilitate the Human Rights Commission of Sri Lanka to exercise and perform its powers, functions and duties.

Depositing a Declaration with the UN Secretary-General under Article 22 of the  Convention  Against  Torture  in  August  2016.  This  allows  Sri  Lanka  to participate in the communication procedure of the Committee Against Torture;

In  February  2015,  the  Parliament  unanimously  enacted  the Assistance  to and  Protection  of  Victims  of  Crime  and  Witnesses  Act.  The  Ministry  of Justice  has  established  a  Committee  to  undertake  a  review  of  all  the provisions of this Act and to recommend amendments based on that review;

In  keeping  with  its  pledge  to  the  people  to  uphold,  promote  and  protect  the human rights of all, and in accordance with international treaty obigations, the Government approved a National Human Rights Action Plan for the period 2017-2021. Prevention of Torture is one of the thematic areas of focus in the Action Plan;

The Right  to  Information  Act that  was  approved  by  Parliament  on  24  June came into effect on 3 rd February this year;

The Cabinet of Ministers approved an Amendment to the Criminal Procedure Code providing for a  suspect to have access to legal counsel.

Following  the  visit  of  the  Special  Rapporteur,  a  Committee  was  established  in July 2016 by the Ministry of Law and Order to visit / examine and take preventive measures on allegations of torture,

– requiring  the  Police  to  forward  a  monthly  report  to  the  Committee  in respect of torture cases reported to the Police during each month;
– providing  tools,  mechanisms,  methodologies  in  order  to  enhance  the capacity to investigate and trace scientific evidence;
– providing  suggestions  and  recommendations  to  improve  the  skills  of nvestigation officers on modern investigation methods;
– adopting  best-practices  and  modern  methodologies  followed  by  police  forces elsewhere;
– studying  the  sociological  and  psychological  factors  that  lead  to  the practice of torture; and -implementation of a monitoring mechanism to prevent torture Experts  on  torture  prevention,  representatives  of  the  Bar  Association  of  Sri  Lanka, the Attorney-General’s Department, and senior members of the Sri Lanka Police are on this Committee.