Sri Lanka: Results of the Local Authority elections & implications for the transitional justice 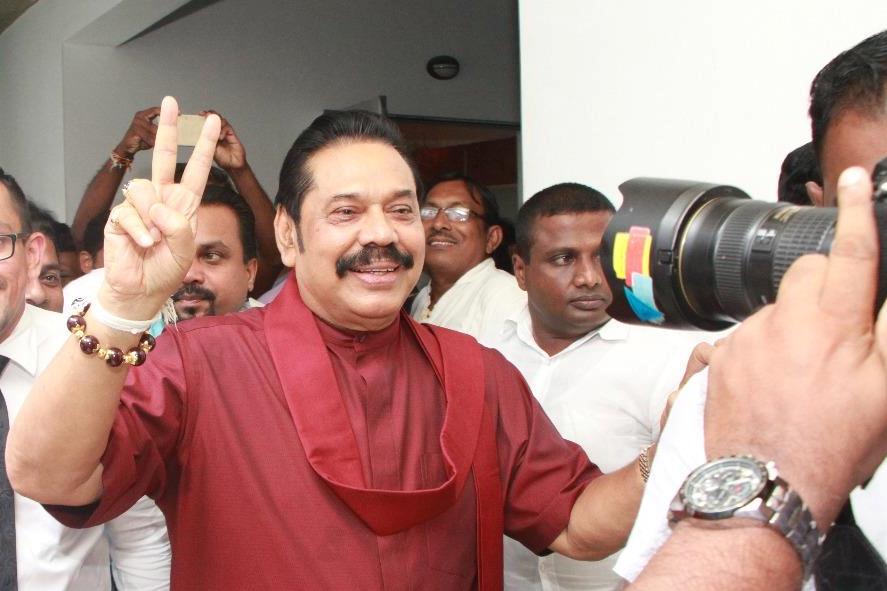 The party led by former President Mahinda Rajapaksa, the Sri Lanka Podujana Peramuna (SLPP), dominated the polls at the recently concluded Sri Lanka’s Local Government Election. With 44.65% of the total votes polled, the SLPP secured a lead in 231 out of 338 Local Government (LG) bodies, i.e. slightly above two third. This is a clear setback for the present government and on the transitional justice (TJ) process which has direct relevance to UNHRC Resolution A/HRC/30/L.29 on Sri Lanka.

The elections were held on the 10th February 2018 for 338 LG bodies and the voter turnout was registered above 65%. The election piloted a form of Mixed Member Proportional System that was newly introduced under the Local Authorities Elections (Amendment) Act, No. 16 of 2017 which also introduced a mandatory 25% quota for women in the LG bodies.

Division, even hostility, between the two coalition partners was apparent during the months leading up to the election, with the President being rather vocal in his condemnation of the UNP. The campaigning  of the election as characterized by: the treasury bond scam which took place allegedly with the involvement of UNP; numerous failures by the government to deliver on the major promises based on which the 2015 win was secured, including economic revival, the abolition of executive presidency and other constitutional reforms; and lack of progress in the investigations into and prosecution of financial crimes and high-profile cases of killings and disappearances during the previous regime.

The Rajapaksa campaign focused, among others, on glorifying the war victory, on accusing the Unity Government of “dividing the country”[1] through power sharing and on challenging the authorities to convict the Rajapaksas of the alleged financial crimes. It also characterized the engagement with the UN as a servitude to the West.

In the absence of a strategy of the Unity Government to communicate comprehensively to the people their efforts on constitutional reforms, reconciliation and transitional justice, the Rajapaksa campaign was successful in appealing to the nationalist sentiments of the Sinhala Buddhist voters. The implications of this election result are not favorable for the TJ process: especially the Sinhala nationalist forces  could argue that t there is no Sinhalese mandate to pursue TJ and this will cause the decline of political will to be committed to TJ process.

Compared with the Presidential and Parliamentary polls of 2015, there is not much of a difference when looking just at the numbers: in the 2015 Presidential Election, Rajapaksa polled 47.6% and in the Parliamentary Election his party, the UPFA, polled 42.7%. At the recent Local Government Elections Rajapaksa-led SLPP polled 44.65% of the votes, pointing to the fact that his party has generally the support of around 45%.

The combined votes of UNP, UPFA and SLFP, however, stood at 41.5% on the 10th February 2018, recording a drop of 4.2% from what the combination polled in the August 2015 Parliamentary Elections. One of the key reasons for this change may have been some people refraining from voting and/or voting for alternative parties or independent groups in protest.  In any case, the LG Election results are a clear indication of the erosion of public support and confidence in the current Unity Government.

The Rajapaksa-led SLPP did best in the predominantly Sinhalese-Buddhist districts and especially in the Southern rural areas. For example, in the districts of Moneragala, Matara and Galle over 50% of votes and in Hambantota 49.96% were polled for SLPP. According to the most recent statistics, these districts are the top four districts with the largest Sinhalese majorities.

In the Northern districts, the SLPP performed feebly, gaining 1.08% of votes in Jaffna, 3.67% in Mannar, 0.75% in Kilinochchi, 9.39% in Vavuniya and 4.08% in Mullativu[2]. The Southern Sinhalese voters appeared to have renewed their support for a majoritarian Sri Lanka by voting for Rajapaksa who called upon voters to use the polls as a “de-facto referendum” on the Unity Government’s constitutional reform process, which he warned, was the “gateway to federalism”[3]

Despite the above figures, the Tamil nationalist parties won the majority of seats in the North. Notably however, the TNA, which had provided backing to the ruling coalition despite its failure to deliver on key pledges, was numerically successful but short of a majority in all Councils across the North.

Prime Minister Wickremesinghe’s led UNP did better in the urban areas and especially in the ethnically mixed areas. The Colombo Municipal Council with around 400’000 voters, of whom about 60% belong to ethnic minorities, voted 46% for the UNP and 21% for the SLPP.

After one week of uncertainty, President Sirisena and Prime Minister Wickremesinghe agreed to work together for the next two years. The Government’s main focus will be on economic issues and on ending impunity for the corruption and individual killings during the era of the Rajapaksa regime. In order to continue on the reform procss it is of utmost importance that the two leaders, Prime Minister Wickremesinghe and President Sirisena, renew their commitments to unity, based on the 2015 mandate.

The noticeable missing link in almost all Southern-based post-election analyses on the election setback of the Government is the non-implementation of the TJ process and the failure to address the Tamil people’s grievances. The absence of these two issues in the post-election discourse means that focus of the post–LG political orientation of the government will be elsewhere. In political pragmatism transitional justice is a non-starter for both coalition partners of the government as there are only two years remain before presidential and general elections.