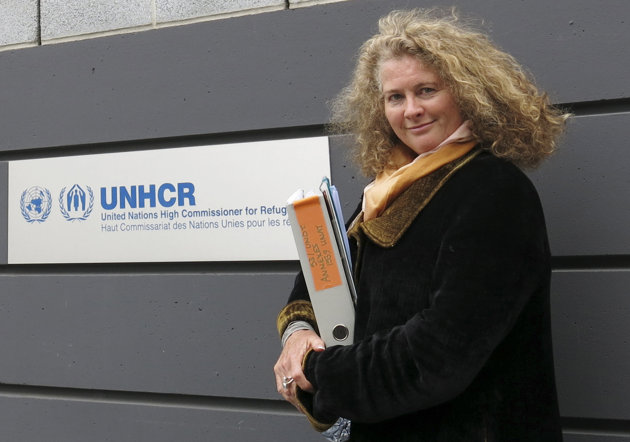 GENEVA (AP) — After nine years of legal wrangling, former U.N. investigator Caroline Hunt-Matthes has won a judgment that she was unfairly punished for documenting a woman’s rape case in Sri Lanka a decade ago.
Hunt-Matthes told The Associated Press on Wednesday the long-running case is “a consummate story of abuse of power” by U.N.’s oversight unit.

The twin rulings by U.N. Dispute Tribunal Judge Coral Shaw in Nairobi, which were issued late Tuesday, are highly critical of the U.N.’s accountability system. They follow a hearing earlier this year in Geneva on Hunt-Matthes’ complaints filed against the United Nations dating to 2004.

They say Hunt-Matthes, who had been consistently rated an exceptional employee, lost her job at the Office of the U.N. High Commissioner for Refugees because of retaliation and suffered other damages after she collected evidence in 2003 that an agency employee had raped a refugee in Sri Lanka.

The U.N. staffer, an administrator in the agency’s Sri Lanka office, was reprimanded and left the refugee agency after the rape was reported. A review of the case by the U.N.’s legal team substantiated the rape. The victim, a teenager who cleaned the offices of the refugee agency in Sri Lanka, was fired after reporting the rape.

“There can be no doubt about the serious stress and reputational damage caused to” Hunt-Matthes, the judge wrote. “In addition, she has borne the disappointment of retaliation against her by formerly respected colleagues for identifying and insisting on an investigation into misconduct she genuinely believed was occurring.”

Hunt-Matthes said she couldn’t find work right away, and has been doing mostly part-time consulting and teaching since leaving the U.N. She’s a lawyer by training but her career as an investigator was over.

The rulings, which can be appealed, award Hunt-Matthes a year’s salary and benefits, legal costs, plus $58,000 for her damages and suffering — some caused by what the judge described as the incompetence and failings of the U.N. ethics office to protect her as a whistleblower after she carried out her duty to report misconduct by a U.N. staffer.

“Which translates into the fact that U.N. staff members are working in a very dangerous environment,” Hunt-Matthes said. “If you want to stand up and speak the truth about something that’s gone wrong, there’s going to be no protection for you. So what does that mean for the U.N.?”