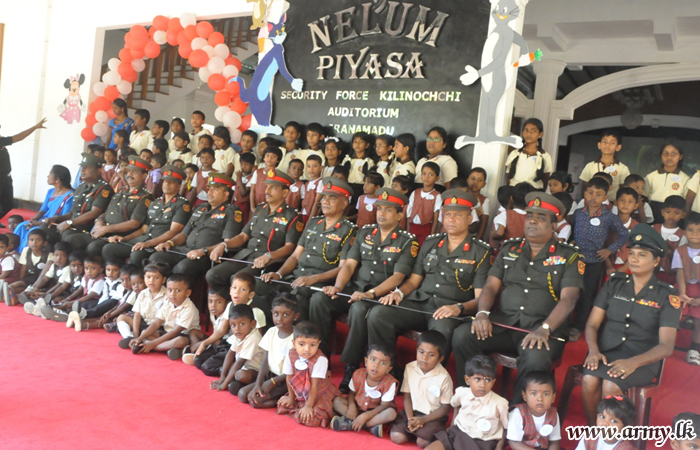 Militarisation of the North in Sri Lanka

Government has not implemented any promised security sector reforms in order to pave the way for de-militarisation of the former war zone.

Military presence in the Northern Province is hugely disproportionate. Large areas of land are being occupied for these camps.

Military is still engaged in various kind of business in the North using vast areas of land belonging to the Tamil people and the state. These businesses are taking away the livelihood opportunities of the people.

Military maintains hundreds of pre-schools, trains pre-school teachers and absorbs them in to civil defence force.  Military does not maintain pre-schools any other areas of the country.

Sri Lanka’s military is still occupying thousands of acres of land in the Northern Province that belong to the Tamil people. Promise after promise has been given to release them to the original owners but the process has been painfully slow.

Even 8 years after the end of war, there are Tamil detainees held under the PTA without any charges filed.

Although president Sirisena has signed the Act to establish the Office of Mission Persons (Sep 2017), no date has been decided to operationalise it.

Families of the disappeared have been requesting the government to release the list of persons who surrendered to the security forces at the end of the war for over a year. But the list still remains in secrecy.

Relatives of the disappeared have been on peaceful protest for more than 200 days now requesting the government to tell the truth about their loved ones.

The LLRC recommended (Dec 2011) that a special commissioner should be appointed to investigate alleged disappearances and provide material to the Attorney General to initiate criminal proceedings as appropriate. This has not been implemented.

The LLRC recommendation (Dec 2011) that “necessary investigations should be carried out into specific allegations of disappearances after surrender/arrest, and where such investigations produce evidence of any unlawful act on the part of individual members of the Army, the wrongdoers should be prosecuted and punished” has not been carried out.