Normalising the Abnormal: The Militarisation of Mullaitivu District 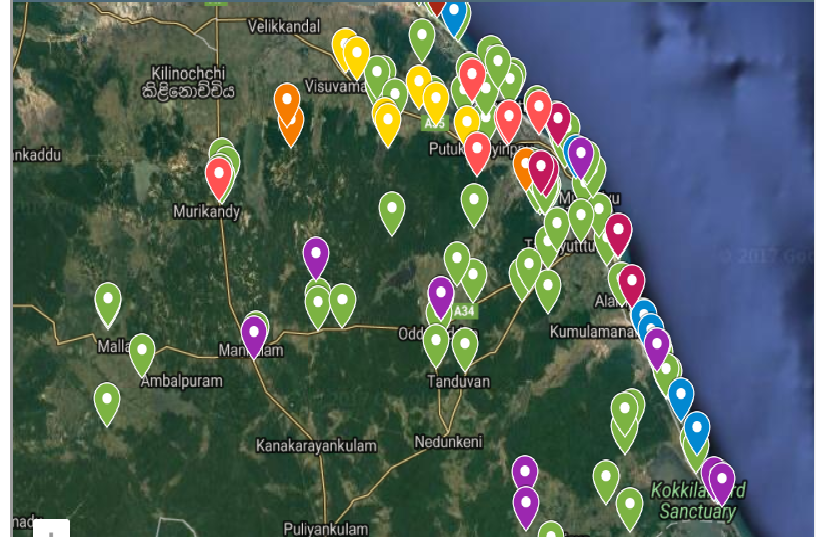 The report finds there are at least two soldiers for every three civilians in Mullaitivu District, with a presence of at least 60,000 Sri Lankan Army personnel among just over 130,322 civilians. This alarming ratio is wholly disproportionate to the rest of the country – 25% of the Sri Lankan Army is currently occupying a district with only 0.6% of the population of Sri Lanka. These numbers exclude Navy and Air Force personnel, who also occupy Mullaitivu. The report also finds that there are extensive amounts of private and state land which continue to be occupied by the military in Mullaitivu District. Researchers compared data obtained by official and unofficial government sources, as well as local research, and found the most credible estimate of land occupied by the military in Mullaitivu is approximately 30,000 acres.

The military’s omnipresence in Mullaitivu District has widespread ramifications for economic, civic and social life for the war-affected Tamil population. The military illegally occupies private and state land, profiting off them as rightful owners protest outside. The military’s intrusion into all aspects of civilian life, including running pre-schools and farms and becoming one of the area’s biggest employers, ensures continued fear, harassment and repression of civic activism. The shadow cast by the military in Mullaitivu District has become so engrained in the Tamil conscience that it has normalised this abnormal occupation and caused Tamil communities to internalise oppression from the security forces.

ACPR and PEARL call on the Sri Lankan government to transition its security forces to the post-war environment that has existed for the last eight and a half years. “Only a serious and genuine effort at security sector reform and demilitarisation will lead to sustainable peace and stability,” the report concludes.

The full report and the map are available here.