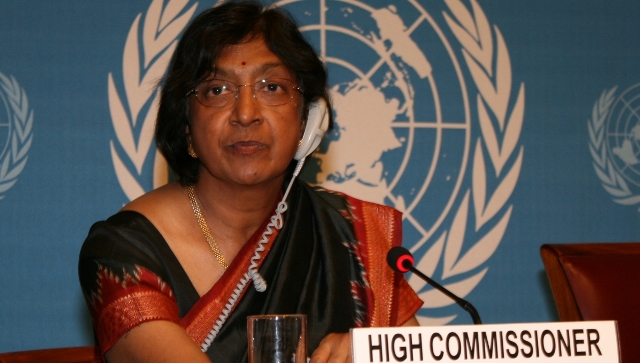 Commenting on the imminent retirement of Ms. Navy Pillai as the Commissioner of UN Human Rights Council, Lawyers Collective of Sri Lanka lauds her as one who was in the forefront in protecting and promoting international human rights norms. She has discharged her functions as the Commissioner of the Human Rights Council, without fear or favour and to her full potential, showing the world how that position could promote international peace. Her charismatic leadership has reminded the global political leadership of the universality of all human rights, beyond borders.

Coming from a legal background from South Africa she became the first black judge of its highest court and later became a judge in several international criminal courts. Her integrity and unbowed commitment to human rights was the main reason for her appointment as the Commissioner of Human Rights. She served her mandate amidst challenges, particularly from organized and uncivilized authoritarian leaders.

We recollect with gratitude her visit to Sri Lanka and her concluding remarks which made an enormous impact on the human rights community the world over. She was ridiculed during her visit to Sri Lanka, while the Government of Sri Lanka opposed to her legitimate actions by falsely insinuating bias. Despite unprecedented challenges, she maintained objectivity and professionalism in assessing the human rights situation in Sri Lanka. She also identified the authoritarian tendencies as well as how terrorism has affected the country’s human rights situation.