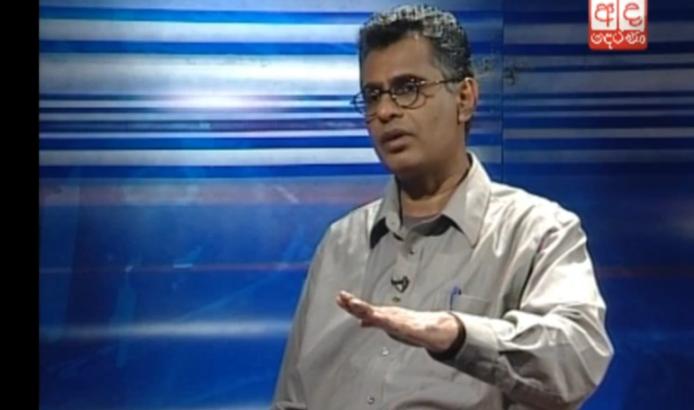 [Minster Ranawaka, a Sinhala Buddhist hardliner]
The decision to appoint foreign experts to advice the committee probing into complaints regarding missing persons is a foolish decision, says Minister Patali Champika Ranawaka. The decision to appoint experts was taken by President Rajapaksa himself and appointments too were made by him. Minster Ranwaka says he does not know the word to describe such disgraceful decision.

He says that dicision was disgrace to the armed forces of the country and if the Sri Lankan armed forces to be blamed over the conduct of the war , sooner or later, the full responsibility would have to be taken by those who decided to do so.

He comparesthe Maxwell Paranagama’s commission to the Lessons Learned and Reconciliation Commission and predicts that same kind of result may happen. According to Minister Ranawaka LLRC was appointed to counter the Panel of Experts appointed by the UN secretary General Ban ki-Moon on Sri Lanka but the result of the LLRC is still hunting the country.

Appointment of foreign experts will not result in any of the objectives and despite Presidents move the UNHRC investigation will go ahead, Minister further says.

“Maxwell Paranagama’s committee has been mandated to probe on this regard. After, in the first place, three foreign experts were appointed to advice this panel. Lately, two others were added to that. By any means, these resolutions were not taken democratically after discussing with any party. And the Jathika Hela Urumaya (JHU) will not take the responsibility of such actions,” Minister told Ada Derana TV.

Minister Ranawaka made these comments at 360 Ada Derana TV program on 26th.