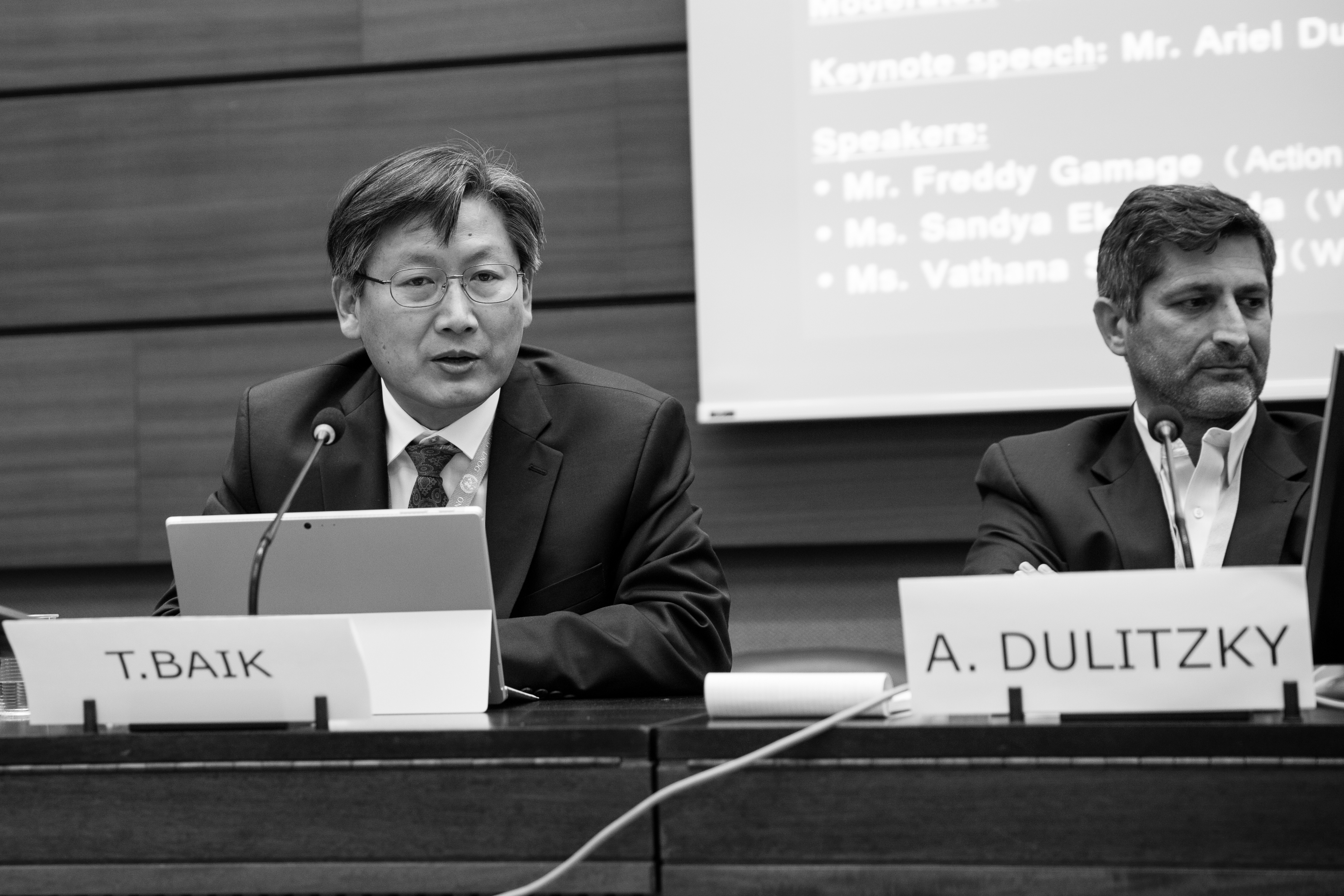 On Tuesday 20th September, during the 33rd session of the UN Human Rights Council, the International Movement Against All Forms of Discrimination and Racism (IMADR), jointly with Asian Forum for Human Rights and Development (FORUM-ASIA), Asian Federation Against Involuntary Disappearances and Franciscans International, hosted a side event titled “Enforced Disappearances in Sri Lanka”.

As a keynote speech, Mr. Dulitzky from WGEID shared the Working Group’s findings from the official visit to Sri Lanka in November 2015. He described that the country visit was characterised as “mistrust” and “frustration” to describe the feelings of victims and civil society in Sri Lanka due to the history of failed domestic mechanisms and culture of impunity.

He stressed that wounds of families of the disappeared are open until they find truth and justice.

At the same time, the Working Group found a hope with the new Government in initiating measures including the ratification of the International Convention for the Protection of All Persons from Enforced Disappearances, the policy on the issuance of certificates of absence and the OMP. Yet, he stressed that more needs to be done.

He highlighted the importance of OMP as a specific institution in searching for the disappeared which is independent from the judicial process, since searching and investigation are separate processes. He shared concerns on the OMP. The Government must conduct proper consultations with affected families and civil society.

The Office’s name failed to include enforced disappearances which can send a wrong message, since it makes the crime of enforced disappearances invisible, dilutes the State’s responsibility and searching for missing persons and forcibly disappeared persons are different. The importance of appointment of professionals, allocation of resources and the OMP’s link to the accountability mechanism are important. The certificate of absence should be issued as a certificate of absence due to enforce disappearance.

The Working Group strongly believes that international participation is necessary to address the issue of enforced disappearances due to the culture of impunity, the lack of will of the security forces to cooperate, the lack of independence and impartiality of the office of Attorney General and the lack of national capacity to address the crime against humanity. International involvement can also help overcoming the mistrust of families of the disappeared.

In response to the question from the floor whether the Government’s measures are genuine or not, Mr. Tae-Ung Baik from the WGEID answered that this is a good opportunity for the GoSL and international community to collaborate to make real changes. He also told the participants that international elements should be included.