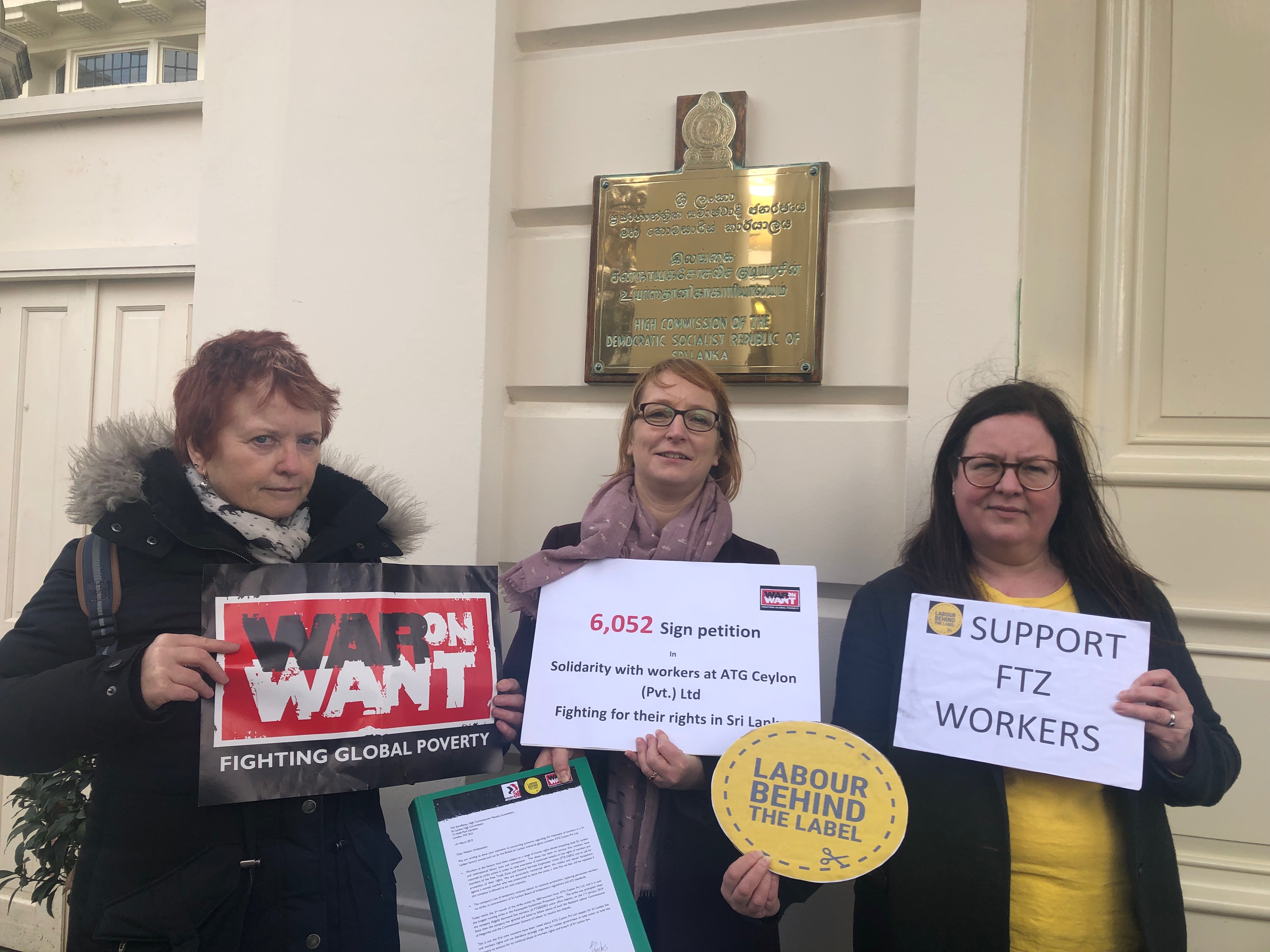 Workers from workwear manufacturing company ATG Ceylon Pvt Ltd. in Sri Lanka have been subject to a range of human rights abuses breaching both Sri Lankan and international labour laws and conventions.

Hundreds of women workers, part of the Free Trade Zone and General Services Employees’ Union (FTZ-GSEU) have been on strike for over two months, now the longest running strike in the Katunayake Investment Promotion Zone.

War on Want and other campaigning groups will be at the Sri Lankan High Commission in London on Wednesday, 13 March to hand in the petition to the Sri Lankan government, calling on them to take urgent action. Partnering with global union IndustriALL, campaigners gathered over 6,000 petition signatures in five days.

The strike was prompted when the company illegally dismissed five workers and union members in January 2019, and allegations around violent and sexual harassment against a woman worker who was pressurised to leave both the strike and the union.

“Workers at ATG Ceylon are facing intimidation, harassment, refused overtime pay and even unlawful dismissals as they collectively demand better working conditions. Company bosses are lining their pockets while not paying workers what they are owed and refusing to recognise the union. We urge the Sri Lankan government to protect its workers against this continual abuse.”

This is not the first time concerns have been raised about ATG Ceylon Pvt Ltd lack of respect for Sri Lankan law and workers’ rights, and we urge the Sri Lankan government to take immediate action.