Vasudewa lists corruption cases to be taken up under Rajapaksa family rule. 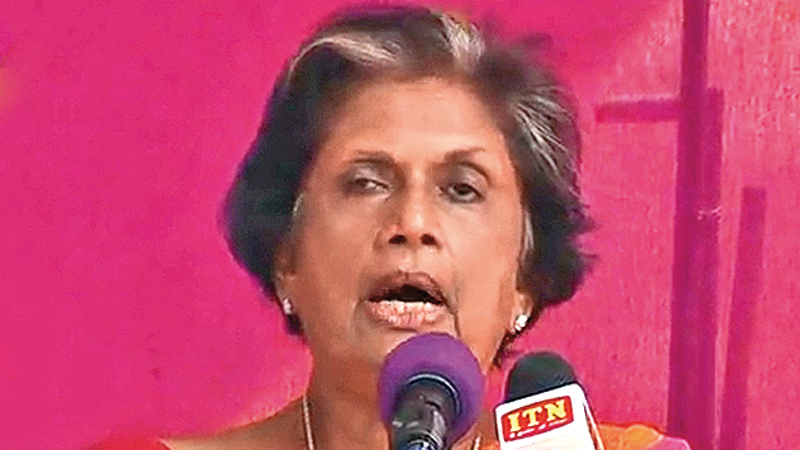 In a letter to Inspector General of Police MP Vasudewa Nanayakkara has lists number of cases he wants police to investigate. In his letter he says that although he has made several complaints  in relation to these cases, not action has been taken by the police so far.

If Rajapaksa family comes to power again these will be among the corruption cases that will be taken up  says political observers.

Here are the cases listed by Vasudewa Nanayakkara.

1. Water’s Edge Case in which some of the persons involved are former President Chandrika Kumaratunga and her close friends Ronnie Peiris and Sumal Perera who colluded in doing the deal with others.

In the above Case Tax Holidays had been given by the then BOI Chairman Arjuna Mahendran for John Keells for the purchase of Lanka Marine Service Ltd., which had been held out as a new investment which was not the case. Supreme Court cancelled the BOI Approval and directed Inland Revenue Authorities to recover income taxes.

Interesting aspect is that fraud committed by Arjuna Mahendran, who is now involved in the Bond Scam, was disclosed by me in the Supreme Court, regardless of which, Hon. Prime Minister Ranil Wickremesinghe had appointed him against the President’s wishes, as Governor, Central Bank.

Significantly, the then Prime Minister Ranil Wickremesinhe had forced the Chairman SLPA to sign the Agreement on the Sale of this Government property which he had signed two weeks after the others had signed. Copies of SLPA Board Minutes in this regard had been produced by my Counsel M.A. Sumanthiran, Attorney-at-Law and the Attorney General had confirmed their authenticity.

President Chandrika Kumaratunga had signed the Sale Instrument of the Port Land for Rs. 1,199 Mn., whilst Treasury had confirmed to COPE that no such monies had been received, making such Grant Instrument fraudulent. In any case Port Authority Land could not be sold and therefore the Supreme Court annulled the same.

3. Sri Lanka Insurance Corporation privatisation was annulled as a result of the Case I had instituted in the Supreme Court in Case No. 158/2007 where valuable public assets were appropriated by a fraudulent transaction.

Main parties involved were Distilleries Consortium, Harry Jayawardene, Aitkens Spence Rajan Brito, Auditors Ernst & Young and Consultants PricewaterhouseCoopers. Technical Evaluation Committee had permitted parties not evaluated to be included in the bidding process, and later it had been sold to different parties, one company incorporated in Gibraltar, controlled by Harry Jayawardene.

Prime Minster Ranil Wickremesinghe had been a Respondent in my Action and in fact he had opposed such action to recover the fraudulently misappropriated valuable national asset of Sri Lanka Insurance Corporation, to which he now makes political appointees.

4. I also included a Complaint against President Chandrika Kumaratunga for misappropriating public monies over Rs. 600 Mn., the day before the Presidential Election which had been promptly stopped by President Mahinda Rajapakse. Relevant papers had been included. The names of the parties involved are disclosed in the Documents.

5. I value the above properties fraudulently appropriated at around more than Rs. 200 Bn.