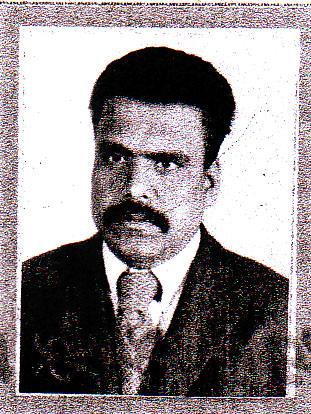 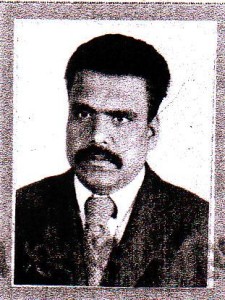 Mr. Varnakulasingham Arulanandam (42) lived in Ward 09, Mallihaithun, Pudukuduirippu in Mulative District. He was abducted and forcefully recruited into the Liberation Tigers of Tamil Elam (LTTE) during the middle of 1996. This was before he completed his schooling. Arulanandam was among many other children who were abducted by the LTTE under their massive child soldier recruitments that was rampant in his area.

The LTTE policy was that one child in each family should serve in their military. In 2003 Arulanandam was able to escape from the LTTE but left with fearful and traumatic memories. Then he was able to rejoin his family which includes an elder brother, a younger brother and sister and his father who was a farmer.

Arulanandam was recaptured by the LTTE, detained and punished until August 2006 when he was finally released. He returned home once again and married Mary Christina on 28 August 2006. Christina was a student at Jaffa University when Arulanandam met her.

In 2007 Mary Christina gave birth to a son and the family settled in Pudukuduirippu. During the last phase of the civil war they had to shift from place to place and finally on 17 May 2009 they went to Wattuwahal Camp and then on the 21 May 2009 to an Internally Displaced People’s (IDP) Camp in Chettikulam. While in the camp at Chettikulam they were asked to identify if they had any connection to the LTTE and after Arulanandam identified himself he was separated from the family and was taken to Vaani Vidyalam (school) in Vauniya and then to Colombo and from there then to Galle. He was produced in Galle Magistrate’s Court on the 21 January 2010. He learned the reference of hi case as 43219. But he was not able to get any more details about his case.

Arulanandam was then released by the Galle Magistrate as there was no credible evidence against him. However following after his release on several occasions he was called to the Terrorist Investigation Division (TID) at Colombo for further interrogation. He obtained his released order on 3 April 2012, and while he was leaving for Qatar for employment, Arulanandam was rearrested at the Katunayake International Airport. At the time of his arrest no warrant or reason was given. He was then taken to TID Office Colombo detained for one month and severely tortured and then again detained at Boossa Detention Center. Since then he is never been produced before any court. Furthermore, according to his wife Christina, Arulanandam was severely tortured by the TID officers after his arrest at the airport.

Christina is a teacher in Kombavil, Pudukuduirippu and they now have three sons, aged 6, 4 and 1. The last two sons were born while they were in the IDP Camp. Since Arulanandam left the LTTE Christina’s brother, Dharmarasa 31 was abducted by the LTTE in 2007. He was later killed and his body was handed over to the family by the LTTE on 14 February 2008.

So far Christina has visited Arulanandam at the Boossa Detention Center twice on the 13 August 2012 and on the 12 December 2012. She questions as to why he was arrested for no reason after he was released by the Galle Magistrate, tortured and detained without trial.

ADDITIONAL COMMENTS:
The Asian Human Rights Commission has reported innumerable cases in which innocent people have been tortured by the Sri Lankan police. Torture is illegal under international and local law.

The Asian Human Rights Commission received several hundreds of cases where innocent people have been illegally arrested and detained under the Prevention of Terrorism (Temporary Provisions) Act No. 48 of 1979 (PTA). This act has been used by state authorities to conduct mass arrests and detain people indefinitely without producing them before a court of law. Furthermore, this law allows authorities to prosecute the suspects with voluntarily recorded confessions. As a result of these legal provisions, the AHRC has observed hundreds of cases in which suspects who have severely tortured, are forced to sign blank documents or documents which have not been explained to them for use as confessions in court.

The AHRC has issued several Urgent Appeals in recent years calling for justice for the detainees who were illegally arrested and detained under the PTA. The basic principles of rule of law are not respected within the legal system of Sri Lanka. These draconian laws curtail the civil liberties and fundamental human rights of the people of Sri Lanka.

The State of Sri Lanka sign and ratified the CAT on 3 January 1994. Following state obligations, Sri Lanka adopted Act number 22 of 1994 making torture a crime punishable with a minimum of seven years and not less than ten years in prison, on being proven guilty. The Attorney General of Sri Lanka is suppose to file indictments in the case where credible evidence is found of people being tortured by state officers.

SUGGESTED ACTION: Please write to the authorities of Sri Lanka expressing your concern about this case and requesting an immediate investigation into the allegations of illegal arrest, illegal detention, torturing by the police perpetrators, and the prosecution of those proven to be responsible under the criminal law of the country for misusing powers of a state. The victim must be released from the prolonged arbitrary detention immediately. The officers involved must also be subjected to internal investigations for the breach of the department orders as issued by the police department. Further, please also request the NPC and the IGP to have a special investigation into the malpractices of the police officers for abusing the state officers’ powers.

Please note that the AHRC has also written a separate letter to the UN Special Rapporteur on Torture and Other Cruel, Inhuman or Degrading Treatment or Punishment and the Working Group on Arbitrary Arrest and Detention on this regard.