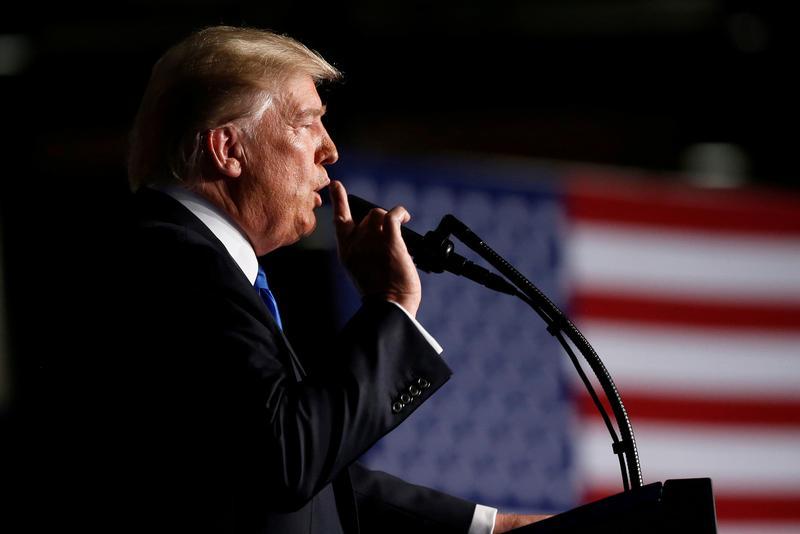 Image: U.S. President Donald Trump announces his strategy for the war in Afghanistan during an address from Fort Myer, Virginia, U.S., August 21, 2017. © 2017 Reuter

(Washington) – United States president Donald Trump’s public threat to attack Iranian sites of cultural importance would be war crimes if carried out, Human Rights Watch said today. The US government should immediately clarify that the US will at all times comply with the laws of war.

Amid escalating US-Iran tensions following a January 3, 2020 US drone strike in Iraq that killed Qassem Soleimani, commander of Iran’s Islamic Revolutionary Guard Corps Quds Force, Trump tweeted on January 4 that as a warning to Iran, the US has “targeted 52 Iranian sites … some at a very high level & important to Iran & Iranian culture, and those targets, and Iran itself, WILL BE HIT VERY FAST AND VERY HARD.”

“President Trump should publicly reverse his threats against Iran’s cultural property and make clear that he will not authorize nor order war crimes,” said Andrea Prasow, acting Washington director at Human Rights Watch. “The US Defense Department should publicly reaffirm its commitment to abide by the laws of war and comply only with lawful military orders.”

The laws of war prohibit deliberate attacks on civilian objects not being used for military purposes. Objects of great importance to a people’s cultural heritage must not be the object of attack. Article 53 of Protocol I to the Geneva Conventions specifically prohibits any acts of hostility against cultural objects, including making such objects the target of reprisals. The US Law of War Manual (2016), which has extensive provisions relating to the protection of cultural property, incorporates this provision into US law. The US is also a party to the Hague Convention for the Protection of Cultural Property in the Event of Armed Conflict (1954), which similarly prohibits such attacks.

Under customary laws of war, individuals who order or take part in deliberate attacks on civilian objects are committing war crimes. Article 85 of Protocol I specifically states that attacks on cultural objects are grave breaches of the convention. The Rome Statute of the International Criminal Court, to which neither the US nor Iran is a party, includes as a war crime intentionally directing attacks against buildings dedicated to religion, education, art, science, or charitable purposes or historic monuments that are not military objectives.

The US War Crimes statute holds criminally liable US nationals, including officials and military personnel, who commit war crimes. Under customary laws of war, every combatant has a duty to disobey a manifestly unlawful order.

Trump’s threats against Iran’s cultural heritage reflect his administration’s broader disregard for human rights in Iran and elsewhere, Human Rights Watch said. The broad sanctions that the US imposed following the rejection of the Iran nuclear trade deal, the Joint Comprehensive Plan of Action, have contributed to ordinary Iranians’ inability to get essential medicines. This latest threat to target Iran’s cultural treasures will likely reinforce the view among Iranians that the US has little regard for their health or welfare.

“Trump’s threat to attack Iran’s cultural heritage shows his callous disregard for the global rule of law,” Prasow said. “Whether refusing to condemn the brutal murder of Saudi dissident Jamal Khashoggi or pardoning convicted war criminals, Trump has shown little respect for human rights as part of US foreign policy.”