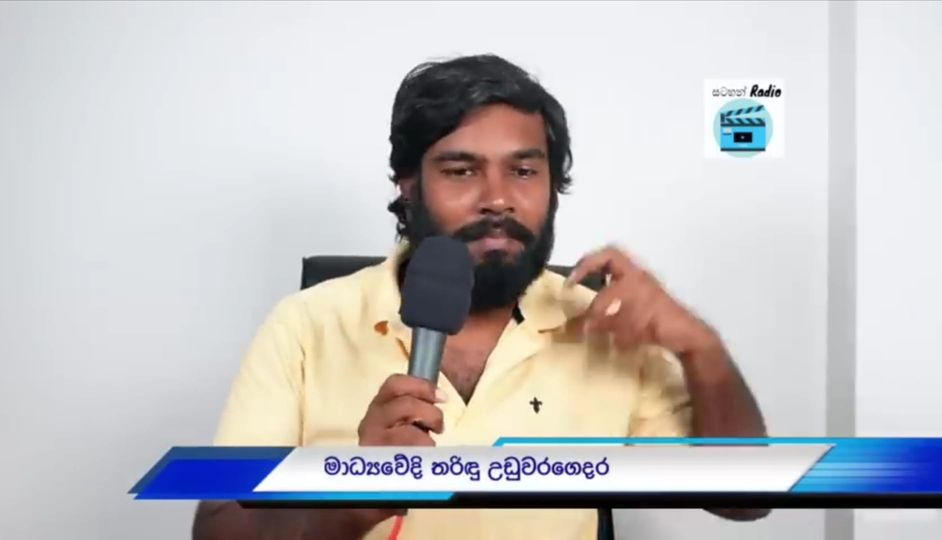 Tharindu is a prominent journalist and human rights defender. He is a journalist attached to “Satahan Radio” youtube channel.

Previously, he has served as a journalist in “Ravaya” and “Anidda” weekend newspapers, both of which are well known for content on human rights and social justice, most of which have been critical of successive governments and investigative journalism.  He has worked primarily in Sinhalese medium.

Tharindu is a former president of the Sri Lanka Young Journalist Association (SLYJA) and active member of SLYJA todate. He was also a Executive Committee member of the Sri Lanka Working Journalists Association (SLWJA). He has been an active participant and reporter at the “aragalaya”, the peoples protests at Galle Face Green in Colombo and elsewhere in Sri Lanka that’s been going on for several months now. He has regularly challenged and criticized police brutality and state suppression of protests and people’s right to expression.

Today (22nd June 2022), a message was delivered to Tharindu’s mother’s house in Bandarawela in the Badulla district (about 200 kilo meters from Colombo) asking Tharindu to appear before the Computer Crimes Division of the Criminal Investigation Department (CID) in Colombo on 28th June. The message had mentioned that Sub Inspector Madushanka could be contacted for any information about this. Based on this, Tharindu had called Madushanka at 2.51pm today (22nd June) and asked for what purpose he was being summoned to the CID. Madushanka has replied that it was in relation an investigation about the youtube channel run by Tharindu and that he (Madushanka) could not tell exactly what the investigation was about. Tharindu had insisted that he had to know the purpose he was being summoned and if the summons was in relation his journalism, he had to know what incident this was connected to. The response was that investigations was in relation to many of the videos and that there were contradictions between headings and content of his videos. Madushanka had also revealed that a complaint had been made against Tharindu by the Intelligence division of the Air Force.

Tharindu had made a written complaint to the HRCSL today (22nd June), stating that a complaint being made against a professional journalist by an intelligence division and the CID initiating investigations based on that is a serious matter. He had also stated that putting headings related to journalistic content is a journalistic activity and that its difficult to understand why the CID is investigating this. As a journalist and human rights defender who had bene engaged in protecting rights of citizens and exposing corruption and irregularities, Tharindu had expressed suspicions whether this is an attempt to silence him or put him into trouble based on false allegations. He had stated that his rights protected by the constitution was facing imminent violation and requested the HRCSL to make recommendations and intervene quickly. The Sri Lanka Young Journalists Association had also made a similar complaint to the HRCSL today (22nd June).