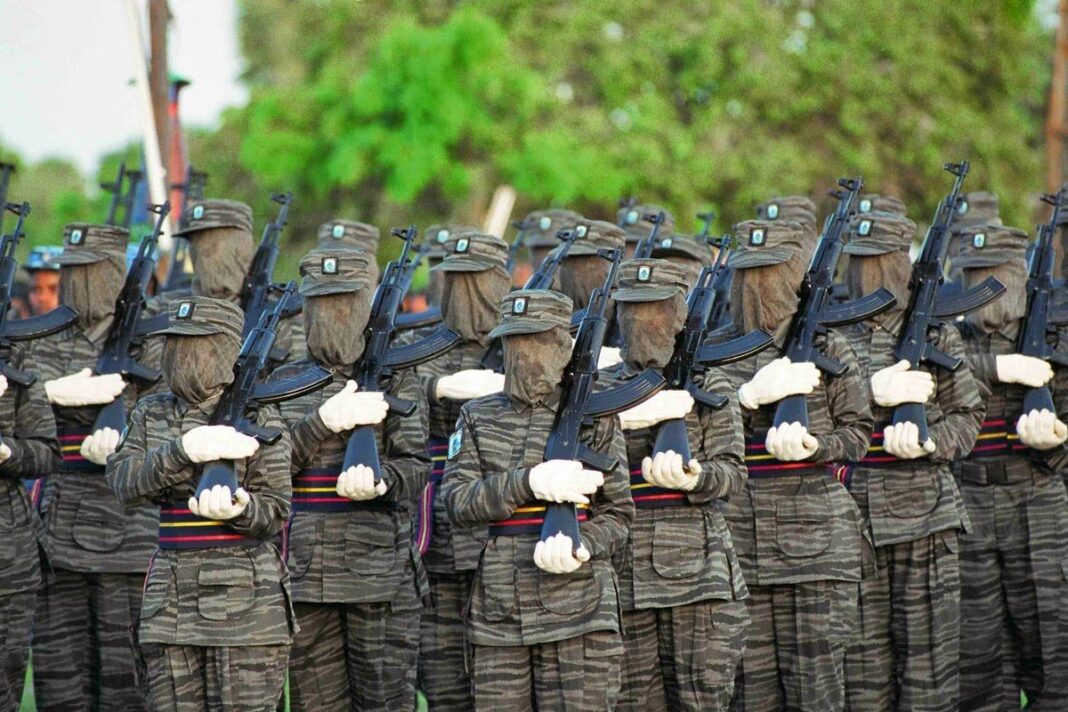 Below quotes are from the OISL report

LTTE a ruthless & formidable military org…expelling Muslims & Sinhalese, & conducting assassinations & attacks on military &civilian targets in all parts of island. One of worst atrocities was killing of 100s of police after they surrendered to LTTE in Batti.

The LTTE was accused of repeatedly violating the CFA, engaging in extortion, targeted killings and continued child recruitment. By the end of the CFA period in 2008, the SLMM had recorded 3,800 breaches of the ceasefire by the LTTE, and 350 by the Government.

Hallmark tactic of LTTE was suicide attacks…One example of suicide attacks allegedly committed by LTTE occurred at the Fort Railway Station in Colombo on 3 February 2008 & resulted in the deaths of 12 civilians, mostly students, and injured over 100 people.

Abductions & forced recruitment by LTTE took place in all areas under its control. Civilians were abducted from homes, temples, churches, schools, places of work, & at LTTE checkpoints. Introduced a de facto 1 -person-per-family policy & each family had to contribute 1 member.

LTTE had long history of recruitment & use of 1000s of children as fighters. UNICEF documented 6,905 children recruited by LTTE, incl 2,689 girls. Children who refused to join risked being subjected to beatings or threats of violence by the LTTE.

In July 2006 in Batti, Karuna Group went house to house in evening, asking families to volunteer male child, in some cases as young as 12. In absence of a boy, recruiters would take girls. UNICEF regd 596 children, incl two girls, recruited by Karuna Group/TMVP b/n 2006-2009.

Children as young as 14 targets of forced recruitment by LTTE. 1000s of children suffered violations such as killing & maiming, due to shelling. Some killed cos they went out of bunker to play. Children esp vulnerable to horrific injuries as shrapnel ripped their small limbs.

Patrick Cammaert, Special Envoy of Special Rep for Children & Armed Conflict- Over one third of documented LTTE child recruits are girls. TMVP has been documented as recruiting and using 596 children under the age of 18 years of age since the UN began documenting cases in 2006

Human Rights Watch 2004- For Tamil families in the North & East of SL, February 2002 cease-fire that brought an end to fighting b/n government & LTTE has brought little relief from one of the worst aspects of 20 yr conflict: LTTE’s recruitment & use of children as soldiers.

Tamil children vulnerable to recruitment beginning at age 11 or 12. LTTE routinely visits homes to inform parents that they must provide a child for “movement.” Families that resist are harassed & threatened. Children are frequently abducted from their homes at night.

Once recruited, most children are allowed no contact with families. LTTE subjects them to rigorous & sometimes brutal training. They learn to handle weapons, including landmines & bombs, and are taught military tactics. Children who make mistakes are frequently beaten.

The LTTE harshly punishes soldiers who attempt to escape. Children who try to run away are typically beaten in front of their entire unit, a public punishment that serves to dissuade other children who might be tempted to run away.

All UN resolutions and reports are here