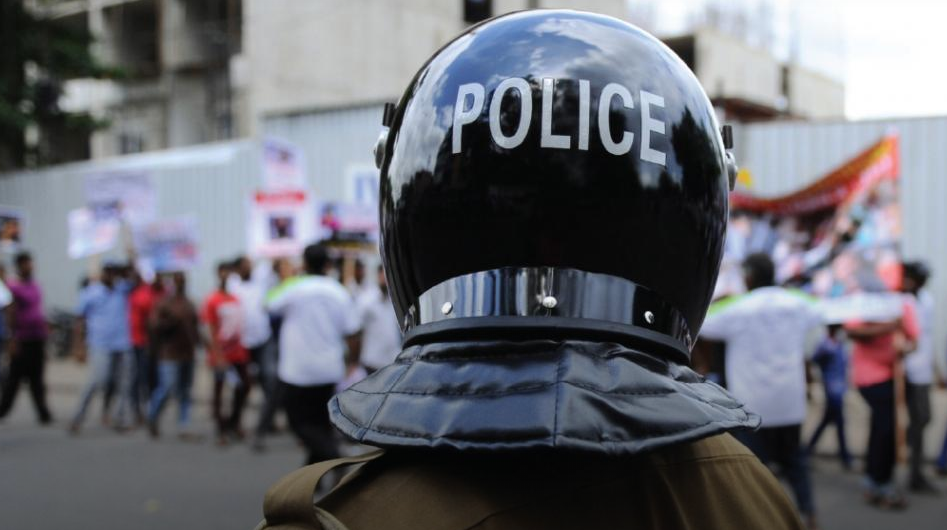 The Magistrate thereby refused to release the suspect on bail considering the gravity of the loss, $ 7 million, caused to the government.

Magistrate Dissanayake also stressed that he should not act to satisfy the sardonic pleasure of the prosecution because the remanding a suspect is not a police procedure but a court process.

At the onset of the inquiry, Magistrate Dissanayake specifically questioned the CID officers regarding the removal of the previous investigating officer, IP Nihal Francis (FCID) from the ongoing investigations.

Magistrate Dissanayake: Firstly, I need to clarify the fact that why Mr. Nihal Francis (previous FCID investigator) is not conducting the prosecution?

CID: Your honor, he had been transferred from FCID to Negombo region.

Magistrate: Who is in charge of the investigation now?

Magistrate: Mr. Nihal Francis had been conducting this inquiry since March 26, 2015, so why suddenly he was transferred?

CID: That we don’t know your honor, but he had been transferred so he is no longer in charge of the investigation.

Magistrate: I am concerned about his non-appearance, as he was the one who had handled all the documents relating to this investigation. I may have to consider this fact when I consider the bail for the suspect.

Does the new investigator have fair knowledge about this investigation?

CID: He is working on it, your honor.

Magistrate: Earlier, the CID director said they need to record statements from the suspect and that process may take even ten long days. So how you record statements without the knowledge of the investigation fully?

Magistrate: What has happened to the Sri Lanka Police?

Magistrate: Isn’t it desirable to obtain assistance from previous investigator as soon as possible to avoid the difficulty?

CID: There is no objection from our side to obtain such assistance from him, your honor.

However, the Magistrate Dissanayake observed that it is more practical to first ask the acting IGP whether there are any barriers to re-appoint the previous investigator into this matter.

DSG Thusith Mudalige and SC Udara Karunathilake also consented to this stance of the magistrate.

Thus, the Magistrate directed the registrar of the court to send a letter to the AIGP asking whether he can re-appoint IP Nihal Francis and his supervisor at the FCID P. Dayaratne into the magisterial inquiry conducted into the loss caused to the government in the $ 14 million MIG 27 deal.

In a sarcastic manner, the Magistrate at this moment quipped that “if the re-appointment doesn’t happen, he can remove the current investigators until the previous one is reappointed”

During yesterday’s inquiry, the Magistrate specifically gave his attention to the offences upon which the suspect was produced before the court.

When questioned by the Magistrate, Deputy Solicitor General Thusith Mudalige and State Counsel Udara Karunathilake said that during the previous investigation there had been several reports filed in court indicating the offences under the Penal Code (for Cheating), Public Property Act and the Money Laundering Act.

Magistrate also at this moment noticed that the yesterday’s B report itself contained a clause regarding the offence under the Public Property Act (PPA).

Magistrate further explained that – when a person is produced before court for an offence committed under the PPA, the Police is required to file a certificate signed by an ASP with the suspect if the amount committed under PPA is above Rs. 25,000.

(If the suspect was produced under the PPA with a relevant certificate, a magistrate cannot release him on bail unless for special circumstances)

However, it was found that the CID had not filed such certificate even today.

Magistrate: I perused the docket of this case thoroughly. According to the investigation so far Sri Lankan Government had paid $14 million during the MIG27 deal but only $7 million had been received to the Ukrainian Company. Apparently, the loss caused to the Government is $7 million. So, I cannot understand why the CID did not consider this as an offence which goes above Rs. 25,000 under the PPA and therefore file the relevant certificate of the ASP.

Magistrate: I cannot understand this behavior of the CID. It is a clear fact that loss is amount to $7million. So, why the CID neglected to file this certificate?

Magistrate: I am asking you why the certificate is not filed if there is a concern about the Public Property Act. This offence was there for five years during this investigation and how come it got changed when the suspect was arrested?

Magistrate Dissanayake at this point criticised the remarks made by the CID Director on the last day when producing the suspect before the court. “The CID Director said earlier that he cannot ascertain the laws against the suspect and therefore need to consult the Attorney General’s Department. The CID don’t need to consult the AG during an investigation if the offence is clearly transpired from its findings. Here, he should have studied the investigation first”, he said.

Magistrate also sarcastically asked the CID whether are they waiting to consult the AG to clarify the fact that $7million is above Rs. 25 000? “People of the Country are watching at you” he expressed towards the CID.

In the meantime, President’s Counsel Anil Silva appearing for the suspect argued the fact that the CID had not filed the relevant certificate rightly or wrongly under the PPA and thus, the remaining alleged offences fell under the normal Bail Act. He said, therefore, his client can be released on bail considering the fact that the investigation is not yet fully over.

PC Silva also said that there is an issue regarding the jurisdiction of the court to consider the offences, which are committed apparently outside Sri Lanka. He further pointed out the Presidential Commission of Inquiry appointed to investigate on political victimization during 2015-2019.

However, disagreeing the PC, Magistrate Dissanayake stressed that according to him the previous investigation was actually a ‘good and thorough’ one.

Subsequently, considering the bail for the suspect Magistrate Dissanayake gave emphasis to the unusual behavior of the CID for not filing the relevant certificate under the PPA when producing suspect Weeratunga before the court.

“If the CID had studied the investigation properly they could have easily identified the offence as committed under the PPA, hence, the behavior of the CID is unusual and strange”, Magistrate said.

Citing some superior court judgments, the Magistrate also said “a Magistrate should not act to satisfy the sardonic pleasure of the prosecution….and the remanding a suspect is not a police procedure but a court process”

He considered the Section 14 (1) b of the Bail Act “that the particular gravity of, and public reaction to, the alleged offence may give rise to public disquiet” and said that the $7 million is considerably a huge amount as it could be regarded with much gravity, thus rejected the bail on the suspect.

At the end of the proceedings, the Magistrate expressly advised the CID that “Don’t tell the court that the CID need the Attorney General’s instructions if you are not complying and obeying such instructions. Because it is evident during this inquiry that the AG’s Department and the CID have some discrepancies with their stances. If there is any such disagreement solve it as soon as possible”. (Shehan Chamika Silva)