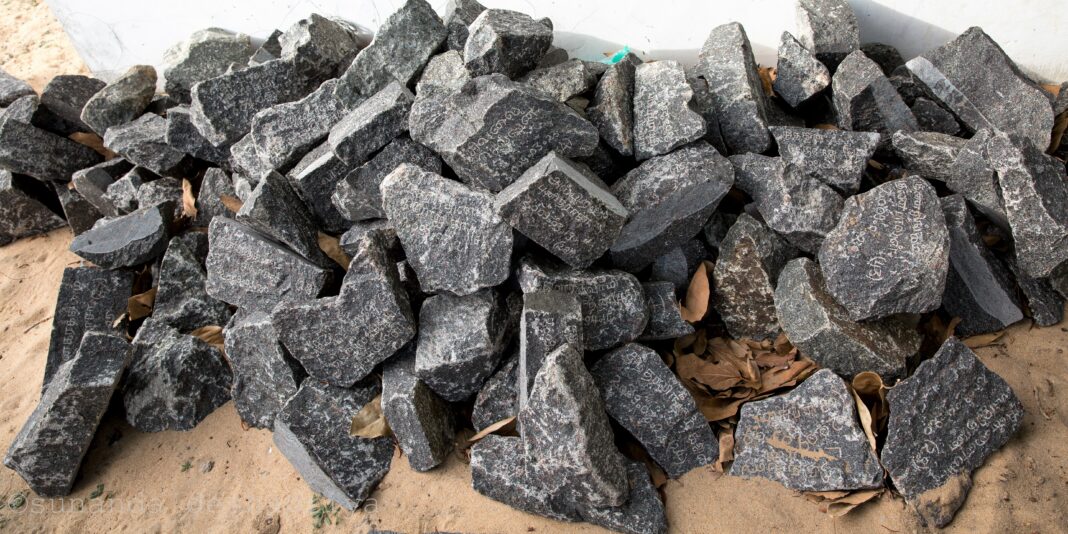 Image: Filed up memorial stones for the war dead in Mullaitivu, North of Sri Lanka as the Military banned a proper memorial.  (file photo (c)sunanda deshapriya)

GENEVA — Responding to a decades-long push for accountability in the Sri Lankan civil war, the United Nations will set up a team of investigators to collect evidence of atrocities and abuses, amid deepening concern over the government’s backsliding on human rights.

The Human Rights Council in Geneva voted decisively to support a resolution led by Britain and Canada that provides funding for a team to collect and analyze evidence of abuses and also to “develop possible strategies” for pursuing prosecutions of the perpetrators.

The resolution is the latest effort to push for accountability for atrocities committed by a guerrilla group, the Tamil Tigers, and by the security forces during the 30-year civil war. In January, a report released by the U.N. human rights chief, Michelle Bachelet, urged “international action to ensure justice for international crimes” committed in the country.

The vote Tuesday was a diplomatic setback for President Gotabaya Rajapaksa of Sri Lanka.

His government had lobbied foreign governments intensively in recent months to try to block support for the initiative. It also resorted to heavy-handed intimidation of human rights groups at home and even surveillance of diplomats trying to engage with them.

The foreign minister of Sri Lanka, Dinesh Gunawardena, condemned the resolution as an effort by Western countries “to dominate the global south.”

Sri Lanka’s previous government had committed to investigate atrocities and set up a court with international support to prosecute perpetrators. It was part of a move toward accountability and reconciliation intended to defuse ethnic tensions and reduce the risk of further violence.

But that process quickly came to a halt after the 2019 election of Mr. Rajapaksa, who had been defense minister in the bloody closing stages of the civil war, when the U.N. has estimated thousands of civilians died in indiscriminate shelling by the military.

The Human Rights Council resolution passed Tuesday also drew attention to a deterioration over the past year in Sri Lanka, citing harassment and intimidation of rights groups, increasing militarization of the government, weakening independence of the judiciary, restrictions on the media, and reports of torture by security forces.

“The world has sent a message to Sri Lanka’s rulers, that they cannot escape accountability for international crimes,” John Fisher, the Geneva director for Human Rights Watch, said in a statement, “and they should step back now from escalating ongoing abuses.”

The vote by the 47-member council to establish the inquiry was 22 to 11, with 14 abstentions.

The initiative follows, if on a more modest scale, earlier ones that are assembling evidence of crimes against humanity in Syria and Myanmar that could support prosecution by an international tribunal or on the basis of universal jurisdiction.