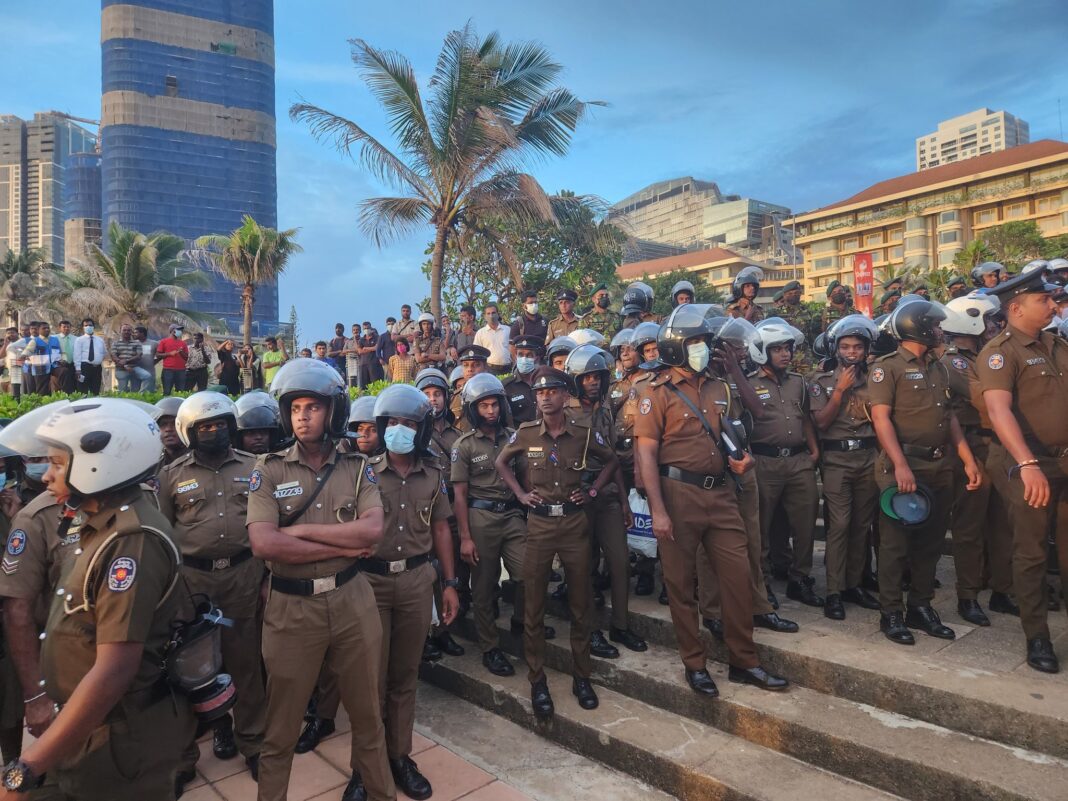 Some teachers and policemen are in schtook over an incident where three Grade Five schoolboys were allegedly beaten up and tortured on suspicion that they had stolen a teacher’s purse at a school in Horana. The National Child Protection Authority (NCPA) got cracking. It launched a probe. The victims insist that the police subjected them to electric shocks while being interrogated.

The unfortunate incident, which must be condemned unreservedly, could have been avoided if the teachers of the school where it occurred had acted with restraint. It defies comprehension why the police allegedly acted the way they did. Haven’t they been trained to handle children?

Ironically, some government and Opposition MPs, of all people, have taken up the cudgels on behalf of the victims. It is a case of those who stand accused of stealing public funds to the tune of billions of rupees defending a group of minors suspected of theft! Perhaps, when children see politicians helping themselves to people’s money with impunity and going places, they overcome fear of committing theft and other such offences.

The police swing into action when complaints are lodged against children or ordinary people. Some years ago, they arrested and hauled up before courts, in Kalutara, an underage girl who had stolen five rupees to buy something to eat. Another schoolgirl was arrested and produced before a Magistrate in the same district for stealing a few coconuts to sell them and pay her school fees. But the police give kid-glove treatment to those who have defrauded billions of rupees. The manner in which Thilini Priyamali, who has cheated a large number of people out of a huge amount of money, is treated is a case in point.

It is a supreme irony that while students are arrested over incidents of petty theft and beaten up, politicians who have cheated 22 million people out of billions of dollars, and bankrupted the country continue to be given police protection! The biggest crooks who were prosecuted for financial crimes under the Yahapalana government have been acquitted! In a society where the thieves of public funds are defied, how could one expect children to cherish honesty?

Teachers’ trade unions and civil society organisations have rightly condemned the aforesaid incident and urged the police and the NCPA to ensure that the teachers and the policemen concerned face the full force of the law. But they must not lose sight of the problem of growing indiscipline in schools. The process of coaching children in lying and flouting rules and regulations commences at a tender age. They are trained to secure school admissions by telling lies, in most cases. So, it is possible that they tend to commit transgressions in the hope that they will be able to lie their way out of trouble in case of being caught.

The police and the NCPA must conduct thorough probes, and if the police personnel and teachers concerned are found guilty as charged, they must be given deterrent punishment. Likewise, an investigation has to be conducted to find out who stole the teacher’s purse. There could be more to it than meets the eye.

If it is true that some students are responsible for the theft, it must be ascertained what drove them to do what they did. Were they desperate to dull the pangs of hunger? Many children attend school on empty stomachs. Or, were they in need of money for something else? Students have also become the targets of some evil forces including drug pushers and the peddlers of various other banned substances. Let the police, the NCPA, teachers and parents be urged to dig deep.