To achieve self rule TNA needs to mobilize the public through protests, strikes and civil disobedience 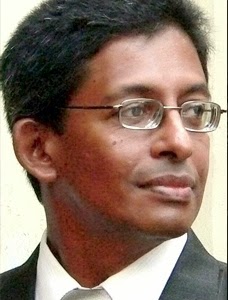 J. S. Tissainayagam
The Tamil National Alliance (TNA), which won a handsome majority at Sri Lanka’s Northern Provincial Council elections on September 21, says it will use its mandate to demand greater self-governance. But with the Sri Lanka government resisting self-governance by simplistically labeling it as secession, it is important to know what exactly the TNA is going to do to deliver on its promises to the Tamil people.
The election to the Northern Provincial Council (NPC) is its first, although legislation for the establishment of provincial councils was introduced in 1988 following a treaty between India and Sri Lanka, the Indo-Lanka Accord. The councils became law through the 13th Amendment to the constitution, designed to devolve power to the provinces for sharing political power.
With the rebel LTTE’s military defeat in May 2009, but hardly any letup in human rights violations or discrimination against the Tamils, Sri Lankans and the international community upped their call for the Sinhala ruling class to share power with the Tamils through the provincial councils.
But the TNA, and the Tamils that support it, have been unequivocal that devolution to provincial councils is grossly inadequate for real power sharing. They say the root of the problem lies in Sri Lanka’s unitary constitution. Unitary constitutional structures ensure that central governments enjoy tight control on the extent of power devolved to units such as the councils.
This view was confirmed when the Sinhala-dominated Colombo government began tightening control over devolution before the election. For one, the government moved to block the use of land and police powers already devolved to the councils. Second, it manipulated legislation so that it did not require the consent of all provincial councils for Colombo to introduce legislation that affected the councils.
It was in this contentious atmosphere that C. V. Wigneswaran, TNA’s chief minister candidate for the election, came out with a curious statement. In an interview on July 17 with Sri Lanka’s Daily Mirror he was asked with the government trying to curtail police and land powers, how the TNA was planning to respond. Wigneswaran, while admitting to shortcomings in devolution under the 13th Amendment said, “My point is,there has been no democratic institution for the Northern Province so far, so let us at least establish it under the [13th Amendment]. Thereafter, like Oliver Twist we could ask for a little more.”
But the question is: what Northern Province Tamils in particular, and other Tamils in general, expect from the TNA and whether “asking for a little more,” hat in hand, is going to yield results.
If anything, government-Tamil relations between Wigneswaran’s statement on July 17 and today have become more polarized. For instance, the Supreme Court ruling on September 27 said control over land is vested in the central government and not in the provincial councils. This means the government’s reckless land-grabbing in the North, which could have been restricted to a point if the NPC had power over land distribution, will go on unchecked.
But more important, the TNA’s election manifesto was an open acknowledgement that power sharing with Colombo under a unitary constitution is inadequate. It lays down categorically that the resolution of the Tamil question has to be based on shared sovereignty and federal structures, which recognize the Tamils’ right to self determination.
Third, the Tamils are fed up with the political oppression in the North, spearheaded by the military terrorizing the population despite the end of armed combat. The restiveness of the Tamils has reached a point of desperation. A recent example of public outrage was in August when families of disappeared persons were prevented from meeting UN High Commissioner for Human Rights Navi Pillai. YouTubevideos show the public challenging the police, unafraid of imminent physical danger because their need to be heard was greater.
Therefore, it is a sullen, restive Tamil public with which NPC councilors have to deal. On the one hand, the public will demand from their elected representatives answers about the repression by military and government officials. The TNA has to provide substantive, credible answers that might allay public outrage.
At the same time, if the TNA is serious about self determination and shared sovereignty as the basis of a political settlement, the obduracy of the government and the Sinhala ruling class will have to be overcome to achieve it. That will require the TNA to mobilize the public through protests, strikes and civil disobedience. It also needs the support of the international community and coordination with political forces in India’s Tamil Nadu and the Tamil diaspora.
All in all, voters in the Northern Province have declared that the time for substantive change has arrived by electing the TNA. The question is whether the TNA can provide the leadership to channel these energies to productive ends. It appears to require more than playing Oliver Twist.
J. S. Tissainayagam worked in English-language national newspapers in Sri Lanka for over 25 years. He won Peter Mackler Award for Courageous and Ethical Journalism (2009) and the CPJ Press Freedom Award (2009).
TD
Share
Facebook
Twitter
WhatsApp
Pinterest
Email