The present ‘police curfew’ does not have an adequate legal status to meet constitutional requirements. 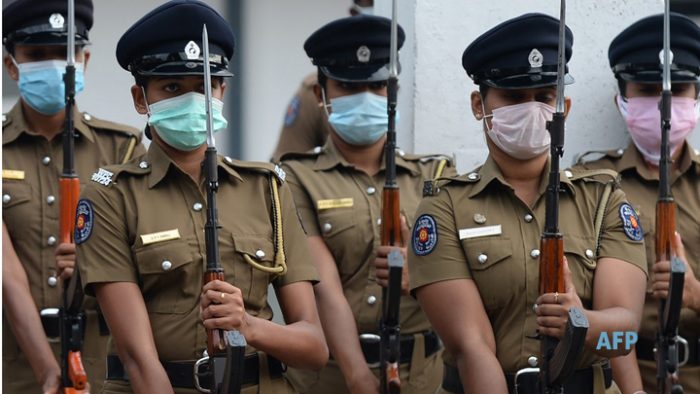 By Asanga Welikala and Suren Fernando.

When a grave crisis like the coronavirus pandemic occurs, citizens expect the Government to respond swiftly, effectively, and efficiently to protect the public and mitigate the consequences. For this, they also readily recognise that the Government will need greater powers than in normal times. In a constitutional democracy like Sri Lanka, however, there is a further expectation that the cure must not be worse than the complaint.

The Governmental response itself must not have the effect of eroding fundamental freedoms any more than is necessary, proportionate, and permitted by law. This is why our Constitution, like the constitutions of other democracies, anticipates the occurrence of public emergencies and lays down legal rules to govern those exceptional situations. The Government therefore has a constitutional obligation of the highest order that it will act according to, and within the authority of, the applicable law in every one of its actions in dealing with the crisis. Our Constitution does not give any excuse for any Executive act that is without a legal basis.

The Constitution, rather, provides for a careful balance between the competing aims of security and freedom. It does so by setting out a legal framework that meets the requirements of efficiency (by equipping the Government with additional powers), as well as the requirements of democracy (by expressly setting out how, and to what extent, democratic freedoms can be restricted under the law).

It is this idea of balance that is crucial to any discussion about security and freedom in a democracy. It is what protects both our short-term physical wellbeing and safety, and the long-term quality of our life based on the values of democracy. It is also the means by which we, as rational citizens, can assess the performance of our Government during this crisis.

In short, the extent to which we can see the Government acting efficiently while remaining within the clear authority and rules established by the Constitution and other relevant laws, is the measure of success. If the appropriate balance is not struck, then we risk harming our democracy and encouraging authoritarianism. Several weeks into the coronavirus crisis, it does not appear that the Government is getting this balance right.
The curfew

There are sound public health reasons for isolating people to stop the spread of the virus. In Sri Lanka, the Government felt that an enforced curfew rather than a voluntary lockdown was necessary to ensure the public health aims were met.

Despite the disruptions and difficulties, most people would not second guess the Government’s judgement on this issue. However, the curfew has been in force since 20 March 2020, and there is no certainty about when it will end. This is therefore in effect a lengthy, enforced, restriction on the freedom of movement, which is a fundamental right protected by the Constitution (and indirectly affecting other fundamental rights such as the freedoms of assembly, association, engaging in lawful occupations, and even expression).

In its many announcements, the Government has not clearly cited any statutory provision as the legal basis of the curfew, but appears to have relied on the concept of a ‘police curfew’. The reason for this is clear. The applicable written laws – such as the Police Ordinance, the Quarantine and Prevention of Diseases Ordinance, the Code of Criminal Procedure, and the Sri Lanka Disaster Management Act – do not provide the Government with direct statutory authority to impose such a curfew. Section 16 of the Public Security Ordinance does grant the President limited powers to impose curfew, but an Order to that effect does not seem to have been gazetted (although the President has called out the armed forces to maintain public order under section 12 of the same statute, by a gazette notification of 23 March 2020)

However, while the concept of ‘police curfew’ does not have any statutory basis, it appears to have been generally accepted as a useful police power in maintaining the peace.

But the necessary implication of a power with such a weak legal basis is that the legal system may acquiesce in its use when the use is relatively localised (usually limited to a local police jurisdiction), of very short duration (hours rather than days or weeks), and have a negligible effect on the fundamental rights of those affected. The use of police curfew in the case of the coronavirus crisis is clearly of a different order, both in terms of length and impact on rights.

The Constitution, of course, allows fundamental rights to be restricted on various grounds. The coronavirus crisis would unambiguously fall within the types of situation in which restrictions can be imposed. But the common feature of all restrictions on fundamental rights is that the Constitution requires any restriction to be ‘prescribed by law’. This does not mean that the Government has to enact a specific law through Parliament every time a restriction is imposed; it means that any Executive action that has the effect of limiting a fundamental right must have a clear basis in law. The indefinite ‘police curfew’ since 20 March 2020 clearly does not have an adequate legal status to meet this constitutional requirement.

The common way governments have imposed restrictions on fundamental rights during previous emergencies has been through Emergency Regulations. The Constitution and the Public Security Ordinance empower the President to make these legal rules during an emergency. They have the status of primary legislation and can override any law other than the Constitution. However, the President only acquires this law-making power when he has declared a state of emergency.

The declaration of a state of emergency, even when it occurs at a time when Parliament has been dissolved, requires the immediate summoning of Parliament (Article 155(4)(i) of the Constitution). Perhaps because the President does not want to recall the dissolved Parliament, he has not declared a state of emergency. He has thus not availed himself of the power to enact Emergency Regulations, which could provide the necessary legal basis for an extended curfew.

(From the article    “Balancing efficiency with law and liberty: Dealing with the pandemic without democratic backsliding” published in Daily FT.)