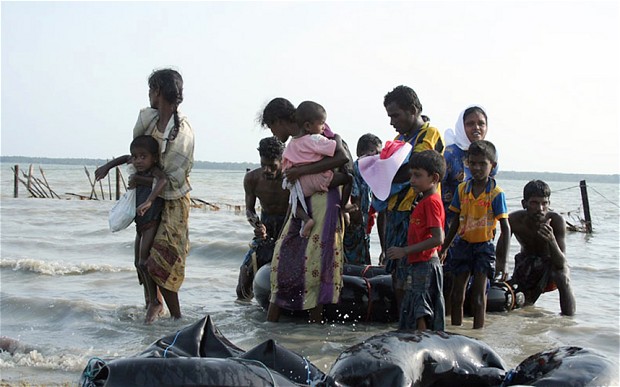 DR DAYAN JAYATILLEKA
“Someday we will find ourselves in a diplomatic Elephant Pass or worse still, a diplomatic Nandikadal”.

If we lose a vote by a larger margin than we did the last time, it will show our growing weakness and isolation. If on the other hand, while there is nothing wrong with a compromise, if instead we capitulate and surrender a portion of our national sovereignty, then we are in a different kind of danger.

Replies to questions posed by Sanjaya Nallaperuma of the Sunday Lakbima. Excerpts of the interview appeared in Sinhala translation in the Irida Lakbima (March 3rd, 2013)
1. What are the major challenges that Sri Lanka faces in the UNHRC?
A: The major challenges are threefold: the possibility of a vote and losing that vote; the possibility of getting fewer votes or losing that vote by a larger margin than a year ago in March 2012; the possibility of an unfair or imbalanced compromise which is actually a capitulation, which affects our vital interests such as national sovereignty.
2. What is the possibilities that Sri Lankan delegation to win the international community in Geneva?
A: I hope that it is possible, but I confess I am rather pessimistic, just as I was in the run-up to the vote in March 2012. I hope that we do not get fewer votes than last year, where in March 2012 we saw a reversal of the dramatic diplomatic victory we had obtained in the same diplomatic arena, the UNHRC, in late May 2009. I hope that the vote does not give our enemies—the hardcore Tamil Eelam separatists—evidence that our international standing is growing weaker by the year.
3. This year politicians will participate only for final sessions. The officials will lobby international community and they will play big role in Geneva, rather than politicians. How do you elaborate this process?
A: Well it will depend on how they perform, which in turn depends upon the options they have been provided by Colombo. Be it politicians or officials, what is crucial is that they speak with credibility so as to convince the members of the Council. However the wicket they have to bat on is not a good one, and that is due to the fundamental miscalculations of our policymakers.
4. What are the steps Sri Lankan government should take to win international community?
A: The government should learn from how Myanmar slipped out of a far worse situation by liberalising, by opening up and democratising more. Instead, with the impeachment the Sri Lankan government went in the opposite direction. The government must not assume that world public opinion is gullible or that every administration in the world community is like them and responds to the same material incentives and disincentives. The government must learn to communicate successfully outside their cultural comfort zone, because the international system is based, by definition, on universal global norms and values, and this is even more so in United Nations bodies such as the Human Rights Council. The government must know that its crude propaganda and denials have no currency outside their borders and probably outside their vote base. A lie or denial however loudly repeated has no credibility and the government must know that credibility is vital in winning over the international community. The government must know to listen to early warning signals and not shoot the messenger. The government must ask itself why those who voted for us in 2009 are either voting against or abstaining. The government must know to seek the opinion and advice of its friends and patiently construct or reconstruct our international support. The government must understand that its aggressively unilateral domestic actions have external ramifications. The government must realise that we cannot even get the support of Asia, the Non-Aligned Movement and the larger Third world, if we do not have the support of India, and that with an actively hostile Tamil Nadu in play, the only way we can win back India’s support is by strengthening Delhi’s hand so it can balance off Tamil Nadu. This can only be done by fast-tracking a political solution to the Tamil issue through a successful negotiation with the elected representatives of the Tamil people, mainly the TNA, on the basis of implementing the arrangements for devolution already embedded in our Constitution.
5. If Sri Lankan Government lost again, what is the danger that the country faces?
A: If we lose a vote by a larger margin than we did the last time, it will show our growing weakness and isolation. If on the other hand, while there is nothing wrong with a compromise, if instead we capitulate and surrender a portion of our national sovereignty, then we are in a different kind of danger. The worst thing that could happen is the setting up of an international inquiry, but even the appointment of a UN Special Rapporteur on Sri Lanka would mean a whole new ball game. In any case these repeated resolutions and defeats suffered by Sri Lanka at voting time, constitute a gradual encirclement and choking of the State. It is not yet the end-game but these are all steps that will lead to such an endgame. There are moves against Sri Lanka on several routes: the Darusman and Charles Petrie reports in New York and their follow-ups, the several votes in Geneva, the campaign over the Commonwealth summit, and the most serious of all, the build-up in Tamil Nadu and in Indian political spectrum, about Sri Lanka. When all these tracks of the multi-track strategy converge, someday sooner rather than later, we will find ourselves in a diplomatic Elephant Pass or worse still, a diplomatic Nandikadal.
– Sri Lanka Gayrdian
Share
Facebook
Twitter
WhatsApp
Pinterest
Email