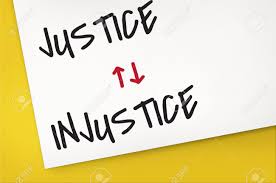 It has been brought to our Commission’s attention that members of certain regional Bar Associations (e.g., Mawanella and Badulla) have refused to appear on behalf of members of the Muslim community arrested in the backdrop of the post-April violent attacks.

As a result, family members of those arrested have been compelled to obtain services of lawyers from other regions entailing much financial hardship and inconvenience. It was also observed that members of the Nikaweratiya Bar had protested when police had requested court not to grant bail to those arrested on suspicion of participating in the communal violence perpetrated on May 13th in some parts of the country.

You would agree that such positions taken by learned members of the legal profession point to conduct that is seriously at variance with the expected standards of ethical and honourable conduct of legal practitioners who are engaged in a profession based on liberal values. Such discriminatory conduct, you would agree, denies to some of our fellow citizens the possibility of enjoying equal protection of the law under the Constitution of Sri Lanka.

This is a serious situation which questions the core values of our legal profession . Hence, we request you in earnest to look into this matter and take urgent corrective measures. We would be appreciative if you would share with the Commission action taken by BASL in this regard.