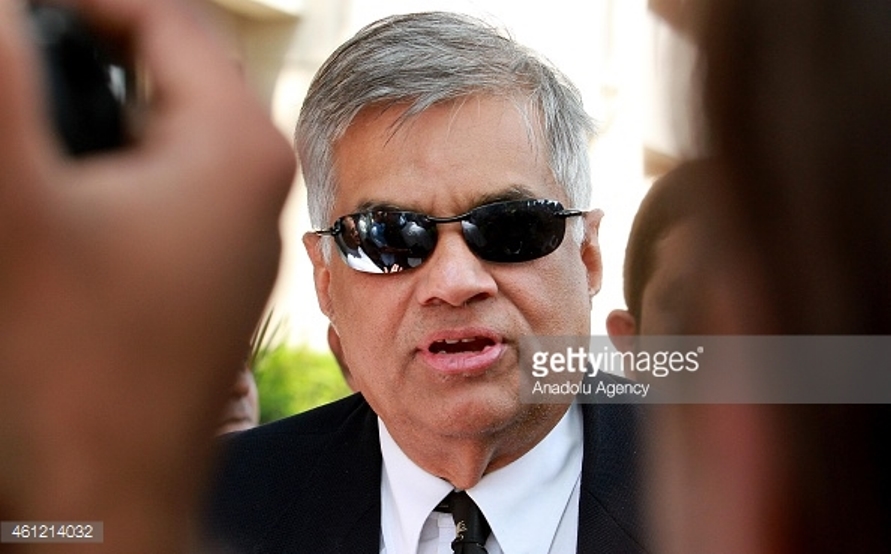 (PM Wickremasinghe: yet to take action)

Issuing a statement Colombo based think tank Centre for Policy Alternatives says that  it has has previously cautioned the government that unless it demonstrates its previously stated commitment to good governance and declared “zero” tolerance of corruption, the democratic gains of January and August 2015 risk fatal compromise and reforms in general needlessly de-railed and It appears the government is yet to take heed.

27 May 2016, Colombo, Sri Lanka: News reports indicate that the former Director General of the Telecommunication Regulatory Commission Anusha Palpita has been appointed as an Additional Secretary of the Home Affairs Ministry. As widely reported, Mr. Palpita is indicted before the High Court of Colombo in terms of the offences against the Public Property act and the Sri Lanka Telecommunications Regulatory Commission (SLTRC) act. He is due to stand trial for allegedly misappropriating Rs 600 million of funds belonging to the SLTRC during 30st October 2014 and the 5th January 2015.

Although Mr. Palpita as any other accused is entitled to the presumption of innocence, this does not justify him being appointed to an important government office. He is not merely being investigated. As noted above, he has been indicted before the High Court by the Attorney General.

The Procedure to be followed when a Court of Law or a Statutory Authority proceeds against a public officer is provided in paragraph 27 of Chapter XLVII of the Establishment Code. As already pointed out by several civil society organisations, Paragraph 27:10 provides that where legal proceedings are taken against a public office for a criminal offence or bribery or corruption the relevant officer should be immediately interdicted by the appropriate authority. It has to be emphasised that several decisions of the Supreme Court and the Court of Appeal have stated that the procedures laid down in the Establishment Code in general and paragraph 27:10 (of Chapter XLVII) in particular are mandatory and cannot be superseded or disregarded without due legal authority.

This decision runs counter to the basic precepts of good governance and the rule of law. It creates the perception that the government is not serious about pursuing investigations into past corruption and is comfortable having individuals accused of large-scale corruption exercising public authority.

Good governance was a key issue in the electoral campaigns of President Maithripala Sirisena and the United National Front for Good Governance. Therefore, it is incumbent upon the government to exhibit the attributes of good governance in all aspects of its conduct. The failure to do so and engaging in ‘business as usual’ will only help promote cynicism within society and strengthen those opposing the reform agenda. CPA has previously cautioned the government that unless it demonstrates its previously stated commitment to good governance and declared “zero” tolerance of corruption, the democratic gains of January and August 2015 risk fatal compromise and reforms in general needlessly de-railed.

It appears the government is yet to take heed.