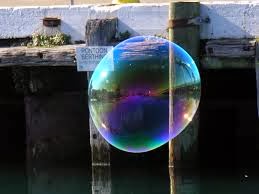 Tisaranee Gunasekara
“All that is solid melts into air, all that is holy is profaned…”. – Marx and Engles (The Communist Manifesto)
Once upon a nearly-forgotten-time, there was a corporate colossus in America called Enron. Courted by politicians and feted by the Wall Street, Enron was named ‘America’s most innovative company’ by the Fortune magazine for 6 consecutive years.

But Enron’s greatest feat of innovation was also its most closely guarded secret: creative book-keeping. Enron habitually fudged accounts to grossly exaggerate its profits . When the elaborate hoax began unravelling, Enron’s high-flying Chairman, Kenneth Lay and other top executives bailed out, selling their stocks at huge profits . Enron’s blue and white collar workers were banned from selling their shares in time; they lost their life savings and pensions in consequence.

In February 1987, two officers from Enron’s internal-audit department presented Chairman Kenneth Lay with evidence that “two of his underlings had cheated his company” . The auditors did not know that fraudulence was Enron’s ethos, fudging books was literally a company policy and Chairman Lay was both a perpetrator and a beneficiary .

In Sri Lanka too no remedial measures will follow Mr. Wanasinghe’s revelations just as no remedial measures followed the AG’s warnings because books are being cooked to make reality confirm with Rajapaksa developmental boasts (Just as the crass lie about zero-civilian casualties was maintained for years to buttress the ‘Humanitarian Operation’ myth).

In 2007, the Supreme Court faulted the Rajapaksa government for excluding Rs. 722billion in debt service payments in the budget and for misusing funds earmarked for development: “….nearly Rs 21billion have been transferred by the Treasury officials … The transfers reveal that that many of them have been for foreign travel, purchase of vehicles and other miscellaneous items of expenditure far removed from ‘Development Activities’” . In 2012, the Auditor General warned about serious accounting deficiencies and management inefficiencies in the EPF: “The AG had found that more than Rs. 62million recovered during the period 2005-2008 as EPF members’ contributions and surcharges recovered by courts had been credited to the government revenue in 2010 without being credited to the members’ personal accounts” .

The Rajapaksas will continue their financially homicidal-suicidal way by imposing more burdens on people and incurring new debt. Prices of essentials are set to rise steeply this year, due to tax increases in the 2014 Budget. Inflation, of course, will remain stable or perhaps even decrease.

In 2004, the US government began prosecuting Chairman Lay and other top Enron executives .

So long as the Rajapaksas rule, the frauds perpetrated on their orders/in their interests will go unpunished. As the financial/economic conditions turn increasingly sour, and the development-con begins to unravel even faster, more frauds will have to be perpetrated to fool the populace. Until someday, objective realities reassert themselves with overwhelming destructive force.