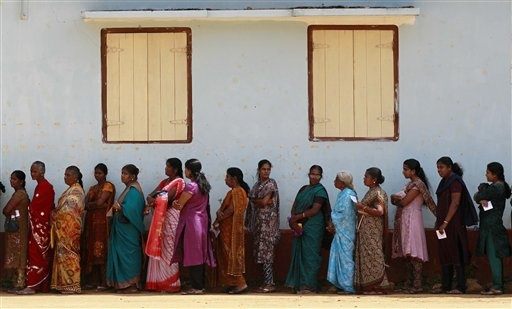 Referendum is for Tamils to decide their political destiny through peaceful and democratic means to find a permanent solution.

World-wide campaign calling for Referendum for Tamils in Sri Lanka to decide their political destiny through peaceful and democratic means to find a permanent solution is to be launched in Canada on April 15th by Transnational Government of Tamil Eelam (TGTE).

This launch will be followed by several actions and conferences in different countries, highlighting the importance of holding a Referendum to decide Tamils’ political destiny thus finding a permanent solution to the protracted Tamil conflict in the island.

Several protracted and violent conflicts around the world were successfully solved through holding referendums. International practices also vouch for it. Whether it be South Sudan (Machakos Protocol) or the Good Friday Agreement or the Serbian-Montenegrin agreement or the Papua New Guinea-Bougainville Peace Agreement, all mandate that national questions should be resolved through a referendum. Other examples include, East-Timor, Scotland, Kosovo, South Sudan, Quebec, etc.

TGTE have indicated that they will accept the verdict of the Referendum. Here is the link to the interview by TGTE’s Prime Minister to a Sri Lankan newspaper: “Tamils must decide their Political Destiny through a Referendum: TGTE will Accept their Verdict – Rudrakumaran”: https://www.einnews.com/pr_news/413908992/tamils-must-decide-their-political-destiny-through-a-referendum-tgte-will-accept-their-verdict-rudrakumaran

At the same time, the TGTE believes that due to the rigid Sinhala Buddhist ethnocratic nature of the Sri Lankan State, only through independence can Tamils live peacefully and with dignity in the island of Sri Lanka. Mass killings of Tamils in 1958, 1977, 1983 and 2009 in Mullivaikkal, and the latest reports of rape camps of Tamil women run by the Sri Lankan military, are a testament to this belief and conviction.

The late journalist, Tarzie Vittatchi wrote a book “Emergency 58”. This book was written immediately after the mass killings of Tamils in 1958. Mr. Vittachi, at that time, concluded his book by asking “Have the Sinhalese and Tamils come to parting their ways?” Tamils have been asking this question since the 1958 mass killings, and in the 1977 General Elections, they voted overwhelmingly to support the creation of a free Tamil Eelam.