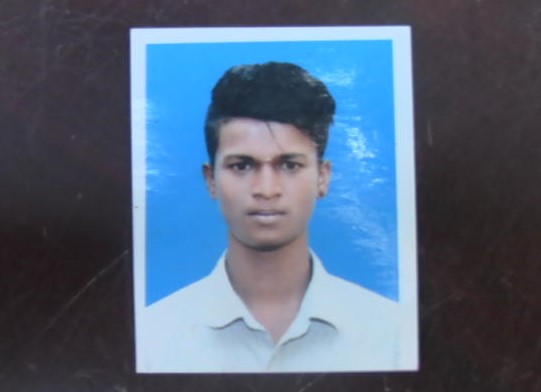 A young Tamil man, who was arrested by the Sri Lankan Intelligence Division last night at a house in East Iruthayapuram, Batticaloa, has died in detention this morning.The body of Chandran Vithusan, 22, who was arrested outside his house in East Iruthayapuram by people who identified themselves as intelligence officers at 10.30pm last night, has been handed over this morning.

His mother told media that she saw him being beaten. Morning she has got a call saying he is in hospital. She has noted that injuries were found in his body

Death of 21 year old in Police custody in #Batticaloa!

Mother says victim was arrested last night around 10.45 PM and saw him being beaten. Morning she has got a call saying he is in hospital. She notes that injuries were found in his body. @ambikasat #SriLanka pic.twitter.com/qOHRB8932X

Later Police reported that the postmortem examination has revealed ICE overdose as the cause of death.

No independent verification is not available until midnight today.

Meanwhile JDS provides a more detailed report on the arrest and assault on Chandran Vithusan.

n yet another shocking incident of police brutality and custodial death, a Tamil youth arrested on drug related offences had died by in Police detention.

His family says that the young man was tortured to death at the Batticaloa Police station in Eastern Sri Lanka.

This is the 11th recorded death in police custody just over a year’s time.

Chandran Vithusan (21) was picked up from his home in Iruthayapuram in Batticaloa around 10.30 PM on Wednesday night was reported dead in the early morning today.

According to his mother, Vithusan received a telephone call when he was at home and went out to answer it in spite of being asked not to step out. The telephone call was said to be from his friend.

“The Police then picked him in front of the house and hit him with poles on his head and dragged him away from the street. They came back today early morning and said he is dead. They said they are from the Criminal investigation department (CID)” his sister told local journalists.

The young man had fallen ill while in custody and the post-mortem report says that he died from a drug overdose, Colombo based media reported quoting unnamed police sources, hours after JDS revealed the circumstances surrounding the death.

Sri Lanka’s Human Rights Commission (HRCSL) had announced last year that eight deaths in police custody between May and October 2020 had been recorded.

This May two young men were shot dead by police within two days.

A month ago, HRCSL had requested the police chief Chandana Wickremeratne to provide a report on inquiries conducted into deaths in police custody.

Although the deadline was May 30th, JDS has no confirmation that police had fulfilled the request.