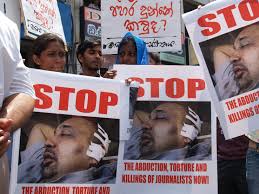 A lawyer for the defence, in the journalist Keith Noyahr alleged abduction and assault case, yesterday (27), told Court that the safe house named Baduwatte Walawwa, which had come up in connection with the case, had been operated and maintained by the military intelligence.

Appearing for the prosecution, Senior State Counsel (SSC) Lakmini Girihagama said, that continued investigations had been conducted into whether that safe house was one operated and maintained by the military intelligence and a questionnaire in this connection had also been sent to the Secretary of Defence, for the purpose of confirming whether that was the case. But, that the fact had now come right out of the defence’s mouth.

The prosecution further said that they had even obtained for the Court, electricity bills, water bills, tax documents, and various other sensitive documents pertaining to the safe house, in order to ascertain the same.

The Additional Magistrate ordered the Criminal Investigation Department (CID) to record a special statement from the eighth suspect, as a contradictory position had been taken up by that suspect in the first instance, in open Court, through his lawyer.

The Magistrate also ordered that replies to the questionnaire sent to the Defence Secretary be obtained within 14 days, adding that if that was not to be the case, the Court would consider issuing a suitable order in this connection.

SSC Girihagama said that upon receipt of the answers to the questionnaire, sent to the Defence Secretary, the prosecution would consider whether further investigations would be conducted or halted or whether charges would be filed.

The eighth suspect, who is presently in remand custody, was yesterday produced in Court by prisons officers.

The CID’s Officer-In-Charge Nishantha Silva and SSC Girihagama appeared for the prosecution.

Magistrate Abeywickrema ordered that the suspect be re-remanded until 10 September and indefinitely put off a decision on bail for the suspect.

Former Director of Military Intelligence and Chief of Staff of the Army Major General (Retired) Amal Karunasekara who was arrested in connection with the abduction and torture of journalist Keith Noyahr has been further remanded until 10th September.
The order was passed by the Mount Lavinia Magistrate’s Court today (27th).

Journalist Keith Noyahr was abducted near his residence at Vaidya Road at Dehiwela on 22nd May 2008 was tortured and released after several days. Mr Noyahr had to be hospitalized for treatment. Major General (Retired) Amal Karunasekara was arrested on 5th April.
A statement was recorded from the retired President Mahinda Rajapaksa on information received regarding the incident so far.