Story from Jaffna: How not to fight against a terrorists’ outfit 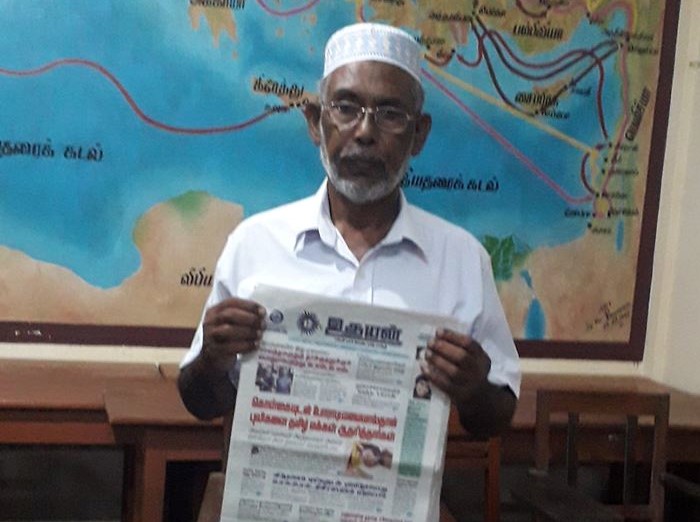 “We would like to ask the media to please be responsible in the way you report news. Please don’t humiliate us unnecessarily or carry un-validated information designed to whip up suspicion and hatred against us.

I am the chief administrator of a Jaffna mosque. The Special Task Forces surrounded our area (where Muslims are concentrated) in Jaffna yesterday and went through all our houses with a fine tooth comb.

We are a community still rebuilding our houses after being displaced en masse in 1990. We share our accommodation with others of our community who do not have houses of their own.

When the Army / STF / Police came into our homes, we didn’t have the keys to those rooms we had rented out – so we had to break open the doors to show them what was inside.

Nothing of suspicion was found in any of our homes – we were fully co-operative. Then they came to the mosque and swarmed everywhere in boots. I begged them not to do that as it’s deeply hurtful to us to desecrate our place of worship like that – but all the forces were very rude in retaliation. They were clearly looking to charge us with something. In one of the mosque store rooms they found bags of loose tea leaf powder. We allowed a Muslim trader from Kandy to use the room to store his tea powder. We are a community still reintegrating into Jaffna with little to no outside help after being split apart in 1990, we help each other out like that.

Anyway, when the Easter attacks happened, he too decided to close up here and go back to his family in Kandy for some time. Most of our livelihoods as small time traders have been affected in this way. We travel all over the country selling simple goods and we are too scared to do so now.

The Police found the loose tea powder and despite our repeatedly telling them it was only tea powder, acted like they had found some explosive device and herded us into a police jeep for further interrogation. In the meantime the media had been tipped off – as I and other mosque leaders were being herded with insults into the police jeep, the media were in our faces taking photos and videos.

We were in the police station for only 10 minutes before the Public Health Inspector came along and verified what they had found was indeed tea powder – but none of the media carried that. Today, all the Tamil media on TV and print only carried humiliating photos and videos of me and others, along with reports that we had been arrested and taken in for having suspicious items in the mosque.

This is the Uthayan – the most widely circulated paper in Jaffna. It’s headline says, “Moulavi apparently tried to evade arrest by claiming that he was a former Municipal council member.”

They got two things wrong. I am not a moulavi. And I was not arrested – I was taken in for further questioning. Yes, I did tell the forces I was a former municipal council member. I did that in order to reason with them not to treat us like potential terrorists, that we were civic leaders holding or having held respectable positions and there was no need to be so rude to us. That didn’t help with the forces – but the Uthayan reporter picked it up and made a snide headline out of it.

Is there any way to hold the media more accountable? Please stop whipping up hatred against us, the innocent Muslims living amongst you.

We are willing to do anything to help wipe out terrorism. We are as shattered as you are. Stop making us the enemies.”

From the FB page of Humans of Northern Sri Lanka.