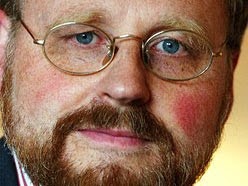 GENEVA (2 July 2014) – Three United Nations experts on freedom of religion, minority issues, and summary executions today called on Sri Lanka to adopt urgent measures to stop the promotion of racial and faith-based hatred, and violence against Muslim and Christian communities by Buddhist groups with extremist views, and bring perpetrators of this violence to justice. More than 350 violent attacks against Muslims and over 150 attacks against Christians have been reported in Sri Lanka in the last two years. Muslim and Christian communities are reportedly subjected to hate speech, discrimination, attacks and acts of violence throughout Sri Lanka frequently.
On 15 June 2014, a local group promoting extremist Sinhalese nationalist views, Bodu Bala Sena (BBS – The Buddhist Power Force), staged a large protest rally in Aluthgama that resulted in inter-communal violence, during which four people lost their lives and about 80 were injured. Homes and shops owned by Muslims, as well as mosques were vandalized and some set ablaze.
“This violence is fueled by the atmosphere of impunity in Sri Lanka,” the Special Rapporteur on freedom of religion or belief, Heiner Bielefeldt, said. “Impunity and inadequate response from the police and judicial authorities aimed at protecting the lives, physical security, the property and places of worship of these communities may encourage further attacks and a risk of spiralling violence.”
Mr. Bielefeldt urged Sri Lanka to guarantee the right to freedom of religion or belief of members of minority religious communities and stop any advocacy of racial and religious hatred.
“The Government must end the violence and put in place urgent protective measures to ensure the personal security of all individuals belonging to religious minority communities living in the country,” the Special Rapporteur on minority issues, Rita Izsák, stressed.
“The full range of rights of religious minorities must be guaranteed in law and protected in practice,” she noted welcoming the President’s announcement of the appointment of a high level panel to investigate those incidents.
The Special Rapporteur on extrajudicial, summary or arbitrary executions, Christof Heyns, called on the Sri Lankan authorities “to take urgent and firm measures to bring the perpetrators of killings to justice, and ensure the immediate adoption of robust protective measures.”
“Showing determination to ensure accountability in such cases must be a key element of the Government’s efforts to prevent the attacks and guarantee the safety of the members of religious minority communities” Mr. Heyns said.
Alongside BBS, other groups promoting extremist views in Sri Lanka, such as the Sinhala Ravaya and the Hela Bodu Powura, purport to be the protectors of Sinhala Buddhism, which they claim is being threatened by Muslim and Christian religious minorities.
These extremist groups reportedly proclaim the racial superiority of Sinhala Buddhists and spread fear among local population, for example, through allegations that Buddha statues are being bulldozed by religious minorities, or that evangelical Christians are forcibly converting youths and sick patients in their hospital beds, or that Muslims are smuggling drugs and birth control pills in order to destroy Sinhalese people and prevent their reproduction.
“These statements contribute to spread a climate of fear among Sinhala Buddhists, who constitute the majority population in Sri Lanka, and resentment towards minorities,” the UN human rights experts said.
The United Nations human rights experts are part of what it is known as the Special Procedures of the Human Rights Council. Special Procedures, the largest body of independent experts in the UN Human Rights, is the general name of the independent fact-finding and monitoring mechanisms of the Human Rights Council that address either specific country situations or thematic issues in all parts of the world.
They are charged by the Human Rights Council to monitor, report and advise on human rights issues. Currently, there are 38 thematic mandates and 14 mandates related to countries and territories, with 73 mandate holders. The experts work on a voluntary basis; they are not UN staff and do not receive a salary for their work. They are independent from any government or organization and serve in their individual capacity.