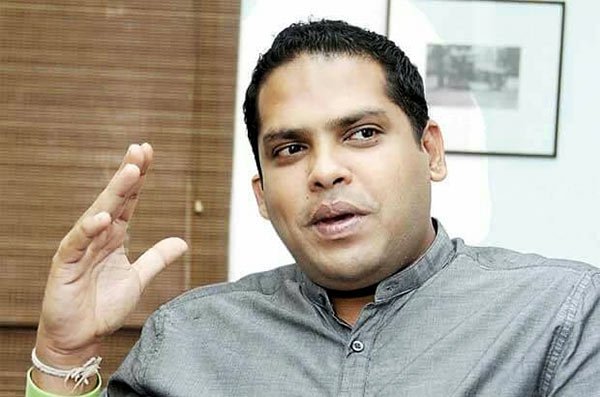 43 years ago, in 1979, in response to increasing incidences of inter-racial violence – Sri Lanka passed the Prevention of Terrorism Act.

At the time the law was being passed, it was proposed to only be a temporary law for a temporary problem – rising incidents of ethnic-based criminal violence by armed groups against civilians and the State – or what we call today – terrorism.

The PTA was presented to Parliament, debated and passed, all in one day.

Its draconian measures were meant to adopt a shock and awe strategy. It would authorize the State to use brute force to subjugate and control not only race-based violent criminals or terrorists but to end terrorism in Sri Lanka once and for all.

The law makers at the time, people from my very own party, believed that this strategy would work.

They believed that the power to detain people without charge for 18 months, the power to deny bail, to prevent judicial review of arbitrary action and to criminalise writings and speech, no matter their intention – were all necessary to cull the threat of terror even before it began.

The reality of course was starkly different.

Did the PTA end terrorism in Sri Lanka? The answer is no.

In fact, history shows us that the PTA worsened Sri Lanka’s terrorist and other problems.

It stopped us from trying to understand crime.

It stopped us from listening to the real grievances of our minority communities.

It stopped us from respecting the rule of law, our shared cultural values and ultimately human life.

9 years after the PTA was passed, in 1988, Sri Lanka was fighting two wars. One against a separatist terror group in the North and East and another against a Marxist revolutionary group in the South and West.

In less than 10 years from the date of enactment of the PTA, my country was engulfed in war and conflict in all its four corners.

The PTA didn’t solve any of it. In fact, it probably contributed to it all.

Tens of thousands of Sri Lankans have been arrested, tortured, disappeared or killed by the PTA.

The unlimited, arbitrary and unquestioning power it gives the State to arrest without cause and detain without charge has given unprecedented power to the hands of a few.

We have all fallen victim to this law from hell.

I myself nearly became another number in the ticker of PTA detainees recently.

When I exposed in Parliament the serious allegations of conspiracy and collusion by those at the top of our Government, to unleash the mayhem of the Easter Sunday Terror Attacks in Sri Lanka – I myself was threatened with detention under the PTA.

The allegations I exposed were not made up in my head. They were read out from the findings and testimony given at the Commission appointed by our own President.

They were the testimony of the wives of the bombers.

They were the findings of the investigative officers.

They were the cries of people who lost their loved ones in an act of political cruelty and manipulated unprecedented for a democracy.

The terrorists are those that demand accountability.

They are the ones exposing the criminal masterminds behind atrocity.

They are the people asking for answers for the loss of their loved ones.

The terrorist has become justice in itself. And that is the final outcome of the PTA.

Justice itself becomes terrorism under a law whose very architecture and purpose has been to break it down.

And that is why we must end these four decades of terror by repealing and replacing the PTA.

Terrorism can be prevented by empowering institutions, making the police independent of political interference, having judicial and civilian oversight over law enforcement, sharing intelligence, but most importantly through listening to and addressing the grievances of our own people.

Terrorism is the outcome of a democratic deficit. Therefore, the solution lays in strengthening democracy not further undermining it.

Just a few weeks ago, the Sri Lankan Government proposed amendments to the PTA.

These new proposals sadly leave the most abused provisions of the PTA very much intact.

It will do little to give comfort to the millions belonging to Sri Lanka’s ethnic and religious minorities that have been the overwhelming victims of this law.

It will do very little to give comfort to Sri Lanka’s Christian community who are being threatened with detention for demanding justice for the Easter Sunday Attacks.

It does not limit the powers given to authorities to detain individuals without cause and without immediate judicial oversight.

It even fails to change the status of confessions obtained in police custody. Even if those confessions were obtained under torture.

This amendment is an attempt at a whitewash by the Sri Lankan Government of its failure to abide by its duties to its own people.

To protect their Constitutional rights. To guarantee them their freedoms.

Forty-three years later, we have still failed as a nation to understand the true gravity of the democratic decline set by this law.

Today, we have not only declined as a democracy but are in the verge of economic collapse and meltdown.

Dismantling of the independent institutions in 2020, which our Government painstakingly started to rebuild from 2015 to 2019, has led to a political, social and economic catastrophe unprecedented in our modern history.

Today, as I speak to you here in Geneva, my fellow countrymen are without electricity for nearly 8 hours a day.

They are queuing for hours to obtain fuel for their vehicles.

They can’t afford to have even two square meals a day.

Arbitrariness, unaccountability, and impunity has seeped into every aspect of our lives.

Today, it has seeped into our homes and our stomachs.

Tomorrow, when the strong arm of the State crushes a hungry people wanting justice, it would have seeped into every nook and crevice of our nation.

So, I am here, to speak with you, to seek your help.

Its journey of silencing and imprisoning honest people, like my friend Ranjan Ramanayake, whose been imprisoned for 4 years for demanding justice and calling out corruption –  needs to stop.

Its journey of race and ethnic based politics needs to stop.

Its journey towards economic destruction needs to stop.

Our people deserve better. Will you help us get there? 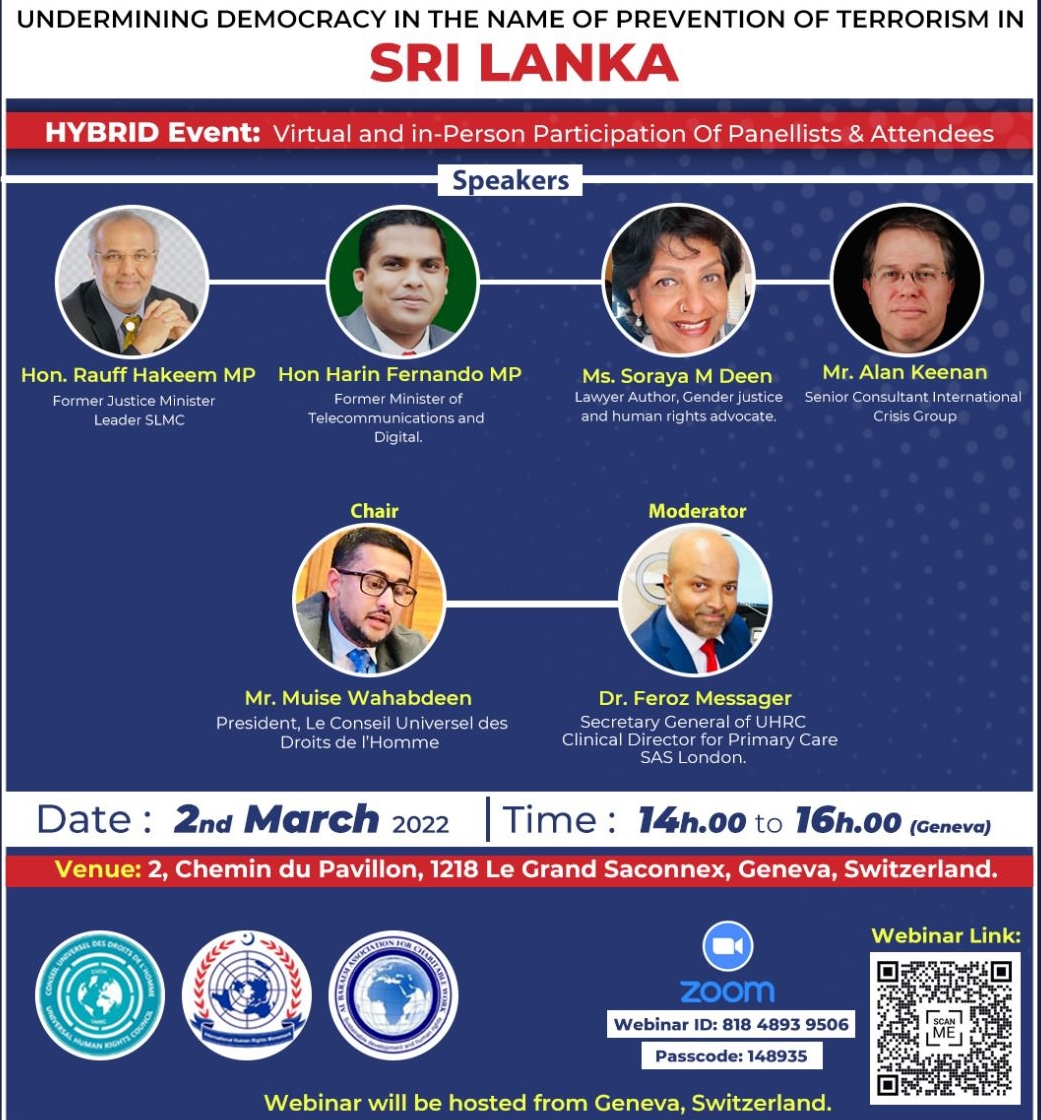