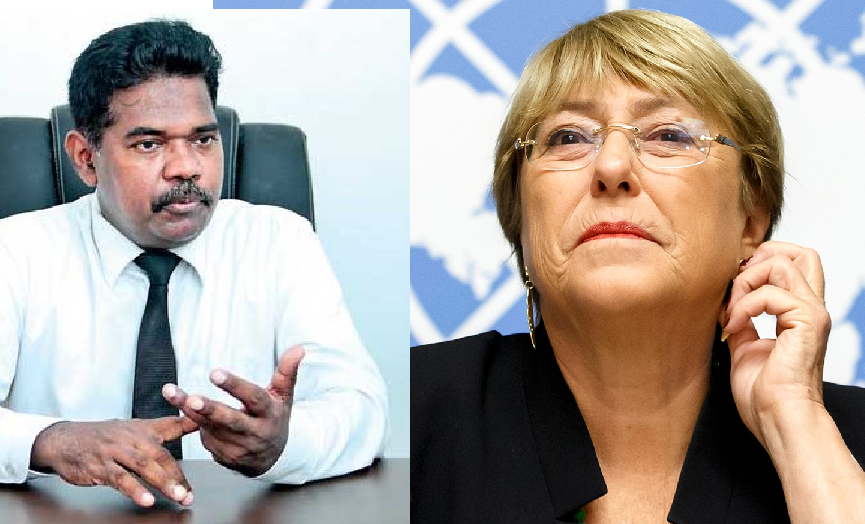 In a letter sent to Human Rights High Commissioner Michelle Bachelet, Committee for the Protection of Prisoners Rights (CPPR)  has urge her to ensure UN bodies and international community realize the inadequacy of the proposed amendments to the PTA, as she has already indicated in her report. Further, CPPR urges her to spearhead intonational support for the repeal of this draconian, anti-human rights law.

Repeal of the Prevention of Terrorism (Temporary Provisions) Act. (No. 48 of 1979)

We welcome your report to the 49ft session of the UN Human Rights Council on Sri Lanka
and concur with many of the concerns and recommendations contained in it.

Amongst the serious concerns you have highlighted is related to the Prevention of Tenorism
Act (PTA) which was initially brought in on a temporary basis to control the Tamil youth
uprising in the North and East of Sri Lanka, was later made permanent and has been in force for nearly 43 years now. Successive UN High Commissioners for Human Rights, LIN Special Procedures, UN treaty bodies and various other intemational bodies have highlighted serious problems in the PTA. Sri Lankan opposition politicians, Human Rights Commission of Sri Lanka and many Sri Lankan human rights defenders like us have called for the repeal of the PTA.

The PTA violates basic human rights standards and has been used against ethnic minorities
and to supplest dissent, including against opposition politicians, journalists and human rights defenders. On various occasions, different Sri Lankan governments have promised to repeal, reform and replace the PTA, but this has never happened.

The most recent amendments proposed earlier this year are cosmetic and do not address most serious problems in the PTA, and appear to be an attempt to eyewash the UN’s human rights mechanisms, the European Union and others, rather than a genuine attempt to ensure the rights, safety and dignity of Sri Lankan citizens.

Even if the presents amendments are passed, it will still enable the admittance of confessions made to the police while in police custody during trials, which has led to widespread and serious torture in the past.

The PTA also allows the executive to detain persons for prolonged periods under detention orders and the proposed amendments will allow such detention for up to l2 months, whereas under normal law, the period a person can be detained by the police is 24 hours and 48 hours in exceptional situations.

The PTA also takes away judicial discretion in granting bail and the proposed amendments will still deny judiciary possibility to grant bail to persons detained under the PTA for at least 12 months.

he above and many other provisions in the PTA violate intonational human rights standards, the Sri Lankan constitution and other Sri Lankan laws such as the Evidence Ordinance and the Bail Act.

We urge you to ensure UN bodies and international community realize the inadequacy of the proposed amendments to the PTA, as you have already indicated in your report. Further, we urge you to spearhead intonational support for the repeal of this draconian, anti-human rights law.

We also attach herewith a letter dated 4tr September 2021we had sent to you on the PTA.
Thank you.
Sincerely yours,