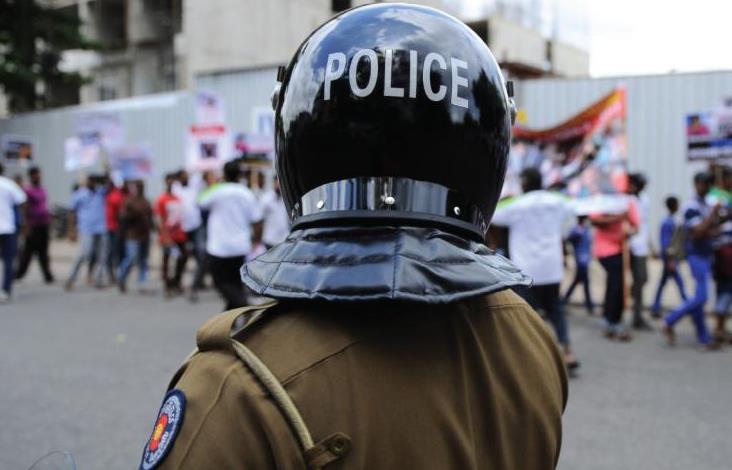 It is unfortunate that a Bill purporting to amend Sri Lanka’s Code of Criminal Procedure Act made public this week takes away existing rights to suspects detained by the police through constitutional precedents.

Torture is at the early stages
This is in relation to a suspect’s right to consult a lawyer of his or her choice at the earliest point after arrest. The amendment purports to give that right only after a suspect has been interrogated by the police and statements recorded. This is manifestly unacceptable at several levels.

For years, the demand by advocates had been to liberally interpret Article 13(3) of the Constitution which states that “‘any person charged with an offence shall be entitled to be heard, in person or by an attorney-at-law, at a fair trial by a competent court.” As criminal law practitioners are aware, long before glamorous notions of constitutional rights gripped our collective imagination, these same rights had been secured in a solid body of jurisprudence which was developed quietly and without much fanfare by Sri Lanka’s appellate court judges in relation to accepted criminal procedures.

Much of these safeguards were however displaced by national security laws to the point of negation. One noticeable absence concerned the failure of the criminal procedure law and constitutional provisions securing the prompt right of legal counsel to a suspect.For practical reasons, this right became of the utmost importance as endemic practices of torture by the law enforcement machinery became evident, whether in relation to petty crimes or in interrogating suspects in graver offences. As studies have extensively documented, torture takes place at the very early stages that a person is taken into a police station.

State policy needs to be clear
Non-access to a lawyer has been a pivotal step in this perverted chain of custodial torture. The Special Rapporteur on Torture and other Cruel, Inhuman or Degrading Treatment or Punishment, Manfred Novak has rightly observed that this failure deprives Sri Lanka’s Criminal Procedure Act of basic safeguards preventing torture (see Mission to Sri Lanka 1-8th October 2007 (A/HRC/7/3/Add.6, 26 February 2008, at para. 36).

Indeed, if the wish of the Prime Minister is to give effect to the provisions of the International Covenant on Civil and Political Rights (ICCPR) as frequently declared on the floor of the Parliament and elsewhere, there can be no better way to do this than to revise this amendment so as to allow access to legal counsel at the very first point of arrest. Issuing a General Comment under the ICCPR, the United Nations Human Rights Committee has stressed that the right to communicate with counsel requires that the accused is granted prompt access to counsel. Counsel should be able to meet their clients in private and to communicate with the accused in conditions that fully respect the confidentiality of their communications (General Comment No. 32, Article 14: Right to equality before courts and tribunals and to a fair trial, U.N. Doc. CCPR/C/GC/32 (2007). It has also reiterated this same point in several Communications of Views against State parties.

The proposed amendment therefore defeats the entire purpose of changing the law in the first place. As the Human Rights Commission of Sri Lanka warned in an excellent statement released on Friday, such an amendment will gravely impact on the right to a fair trial which commences at the time of investigation.

Unacceptable excuses cannot be tolerated
In their earlier avatars, senior state lawyers of the Department of the Attorney General, (now yahapalanaya crusaders), defended the failure to give the right of access to legal counsel to a suspect at the earliest point on some novel arguments. Thus for example, in a 2002 report to the Committee against Torture submitted in terms of Sri Lanka’s obligations under the Convention Against Torture, it was stated that this was because police investigators should be able to conduct the initial investigation and interview suspects in an unhindered manner. Therefore, (as was said), such interview, by counsel representing suspects should not take place prior to the recording of the statement of the suspect.

Imaginatively it was further proclaimed that the suspect is free to divulge any assault or harassment at the time of initial production before the magistrate. It was also affirmed that counsel/attorney-at-law representing arrested suspects have the right to interview the officer-in-charge (OICs) of the relevant police station any time after the arrest (even prior to the recording of the first statement of the suspect) with a view to ascertain the basis of allegations against his client (suspect) and the date, time and location relating to the production of the suspect before a magistrate.

These explanations however are fundamentally unconvincing. They must not be allowed to stand if these are the same reasons as to why this particular amendment has been framed in such completely unacceptable terms. The stark reality is that when lawyers do indeed, proceed to interviewing the OIC or any relevant senior officer, he or she is open to the real risk of being chased out of the police station. This was indeed what happened to one gentleman at the Bambalapitiya police station in consequence of which the Supreme Court detailed the right of a lawyer to represent a client at a police station and directed the OIC to facilitate such access without hindrance.

Reconsider the ill-wisdom of this amendment
Where law reform is concerned, the right of a suspect to counsel after arrest has been grudgingly conceded in some cases but here too, this is not afforded at the earliest point. Thus special provisions amendments to the Code of Criminal Procedure, which were operative for specified periods of time, afforded a suspect the opportunity to consult an attorney-at-law of his choice to suspects. But this was only in relation to a particular category of serious offences and not pronounced as a general principle. This reluctance needs to be overcome.

If this Government wishes to live up to its promise that Sri Lanka is not a police state any longer, it is imperative that the basic right to independent legal representation must be available as of rights to suspects at the earliest point after arrest.

It is hoped that the profound ill-wisdom of bringing this amendment in its current form will be reconsidered.