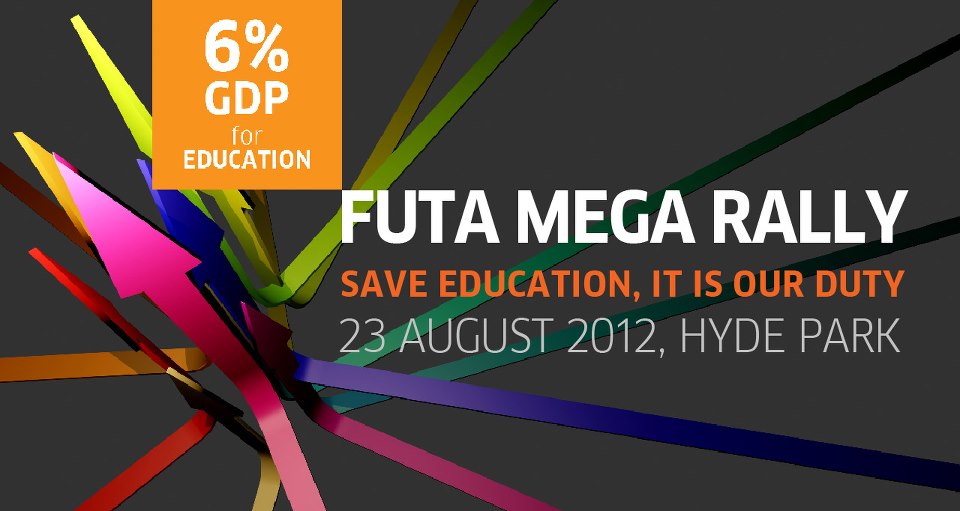 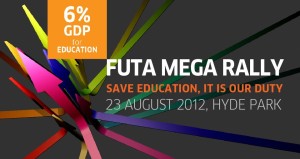 ”The recent trade union action by the Federation of University Teachers Associations (FUTA) and public protests over the recent Z score fiasco, school admissions to Grade I, closure of rural schools, paucity of competent principals and teachers, politicization of appointments in the education sector etc. have raised important issues and created an opportunity for a public debate and citizen participation in regard to reforms in education.”

The Friday Forum, comprising a group of intellectuals, has raised some salient issues on the ‘Crisis in the Education Sector’.

Here are excerpts of that statement: Education has always been considered a public good in this country and providing equitable access to education continues to be one of the important pillars of public policy.

Our educational system built over decades of social and state investment, and commitment to provide free and accessible education, has helped Sri Lanka achieve impressive social indicators in education, health, life expectancy and equal opportunities for women and girls. The priority given to education is recognized as having contributed significantly to Sri Lanka’s high ranking in human development. Sustaining these achievements and working towards greater progress in the education sector is the responsibility of the State. However, approprate policy planning and implementation requires the active engagement and interest of many other actors such as students, parents, teachers, trade unions, the private sector and all citizens.There is a collective responsibility to revitalize the education sector as an important public good and a necessary dimension of democratic and accountable governance.

The recent trade union action by the Federation of University Teachers Associations (FUTA) and public protests over the recent Z score fiasco, school admissions to Grade I, closure of rural schools, paucity of competent principals and teachers, politicization of appointments in the education sector etc. have raised important issues and created an opportunity for a public debate and citizen participation in regard to reforms in education.

Consultative policy planning
In a recent trend, statutory policy advisory bodies like the NEC have been sidelined and made dysfunctional. The UGC which in the past recognized its responsibility to uphold the concept of academic autonomy incorporated in the Universities Act, has now become a convenient conduit for implementing ad hoc decisions of the Minister on the management and resourcing of university education.
Once an independent institution, which linked to the universities as the statutory regulator of higher education, the UGC today is nothing more than a political appendage, functioning almost as a government department within the Ministry of Higher Education. Important legislation seems to be drafted in secrecy without the thought and reflection required for law reform and policy formulation.
In this environment, academics and students are increasingly resorting to judicial interventions to question policies, sometimes leading to further ad hoc administrative decision making and delays, as in the case of school admissions to grade I or the recent Z score fiasco. The NEC and the UGC must act as independent bodies and become effective channells for expressing a professional viewpoint that the government must respect in formulating educational policy. University bodies like Senates and Faculty Boards should, as highlighted by FUTA, have a voice in policy planning, implementation and the management of university education.

Politicization in making of key appointments has reinforced the trend towards ad hoc policy making by the Ministry of Higher Education. There have been reports of violations of the Universities Act through persistent political interference in making appontments to the post of Vice-Chancellor and governing bodies (Councils) of universities.

We are aware of many instances in which eminently qualified academics have refused to apply for the post of Vice-Chancellor because of the political manipulations of the appointment process. There is now open political canvassing for these positions. Relatives, friends and political allies without the relevant competencies and expertise are also constantly being appointed to University Councils. Their main qualification appears to be political allegiance to the regime and/ or to the Minister of Higher Education.

The decision to conduct the controversial “Leadership Training Program” through the military for new university entrants was taken by the Minister unilaterally. We understand that academic bodies of universities were not consulted as required by the Universities Act.
Vice-Chancellors, whose duty it is to engage with policy makers and political authorities to safeguard the interests of universities, have turned their backs on the legitimate demands of the academic community in their eagerness to please the political establishment. This is also manifested in the manner in which Vice-Chancellors appeared on the political platform of the President and other ruling party contestants during elections.

Resources for Education
Sri Lanka wisely resolved through its elected representatives in the State Council in 1943 that formal education at all levels should be paid for collectively. This social contract has been undermined and challenged over the decades, due especially to prolonged armed conflict and the pressures of economic transformation and globalization. It is shocking that the government of Sri Lanka currently allocates only 1.9% of the GDP for the entire education sector, the lowest allocation for education in South Asia.

Government spokespersons emphasize that in the post-war period, infrastructure development and energy are more important for development than resourcing poorly functioning educational institutions. Village schools are being closed despite protests from the communities. The government is thus advocating a cutback on resources for state schools and universities rather than addressing the resource gap. There is a perception that the private sector must be the engine of growth in regard to education and that private institutions will place Sri Lanka on the path to becoming the knowledge hub in Asia.

The relevance of ideas, curiosity, debate, dialogue and creative thought are ignored, and has been replaced with an overemphasis on providing information and skills for the market. The privatization of education project has thus become an excuse for denigrating and undervaluing the state education system. We recognize that there are serious issues of teacher underperformance in both universities and schools. Those personnel, and the unions they belong to, must in fairness to the students and the larger community engage in a process of self-reflection and take optimum remedial measures that are possible under existing circumstances. At the same time, however, if the quality of teaching and academic output in schools and universities are to improve not only must be there systems of enhanced teacher training and performance evaluation, but also a commensurate level of remuneration for such personnel which can attract and retain the best qualified in a competitive environment. In Sri Lanka today, unregulated private institutions are mushrooming, entrenching a private tuition education industry that prioritizes profit rather than academic standards and equitable access. While it is true that state institutions provide uneven facilities in teaching and infrastructure due to declining resources, FUTA’s current trade union action has highlighted the critical importance of providing adequate resources for these state institutions.
Militarization

Recent attempts at militarization of education too have grave implications for academic freedom and institutional autonomy. There appears to be a concerted effort of the defence establishment, working closely with Minister of Education and Minister of Higher Education, to infuse military discipline and a military ethos into the formal education system, both at school and university levels. The education system should not be focused on producing regimented minds which do not question authority and who think that free thought and action amounts to mutiny. In the post-war era we must do all we can to strengthen democratic freedoms and values through the education system, that promote respect for the rightof all our people.

FUTA
The crippling strike action launched by FUTA has a clearly formulated set of demands on strengthening public universities in the country. Unfortunately, the government has not displayed a commitment to engage in a constructive dialogue to resolve the crisis as a matter of national priority. It has wrongly perceived FUTA action as part of a radical political agenda. From the inception, the Minister of Higher Education, the UGC and the CVCD have been on a confrontational course with the academics.

Government efforts at development must recognize the importance of recreating the excellence of the past rather than destroying the existing public education system in the name of economic efficiency and growth. Dialoguing with FUTA and resolving the important issues raised, in our view, will provide an opportunity for the government to take education policy and management in a new and welcome direction. Failure to do so through indifference or misplaced priorities will harm both present and future generations.
STBO