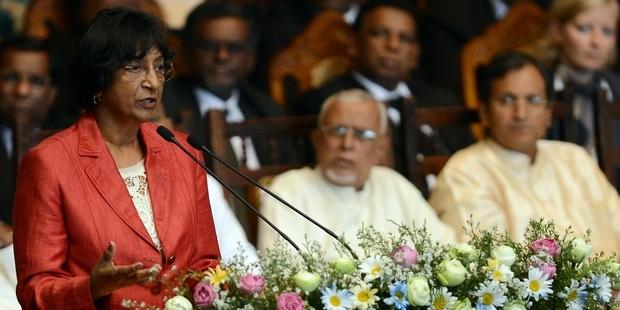 Sri Lankan leaders must address the persistent climate of fear in the country, Amnesty International said as the UN human rights chief Navi Pillay concluded her visit to the island.

Pillay, the UN High Commissioner for Human Rights, made her first official visit to Sri Lanka from 25-31 August. It comes just before the UN and Commonwealth review the country’s human rights situation in September.

At her concluding press conference today, Pillay stressed that many who met or wanted to meet her during the visit had been threatened by security forces, and that critical voices in Sri Lanka are “quite often attacked or even permanently silenced”.

“Navi Pillay’s take on the human rights situation during her visit very much echoes our own findings. Being critical of government policy in Sri Lanka is highly risky, and the extent to which people are being harassed into silence is shocking,” said Polly Truscott, Amnesty International’s Deputy Asia Pacific Director.

“We’re glad that Navi Pillay got a chance to meet some victims and families of the disappeared. But the reprisals against those she met doesn’t bode well for the Commonwealth Summit set for November in Colombo. The government must stop its attacks on Sri Lankan society.”

“The Sri Lankan conflict may have ended in 2009, but the level of human rights violations in the country remains critically high. The Sri Lankan government still shows no real will to account for past crimes, combined with new attacks on those calling for accountability.”

Pillay today insisted that “ unless there is a credible national process, calls for an international inquiry are likely to continue” into the events of the armed conflict.

“There is still every need for the UN to set up an independent international investigation into crimes under international law in Sri Lanka, as Pillay has called for in the past.”

“The UN and Commonwealth must respond effectively to these latest concerns raised by Pillay,” said Truscott.