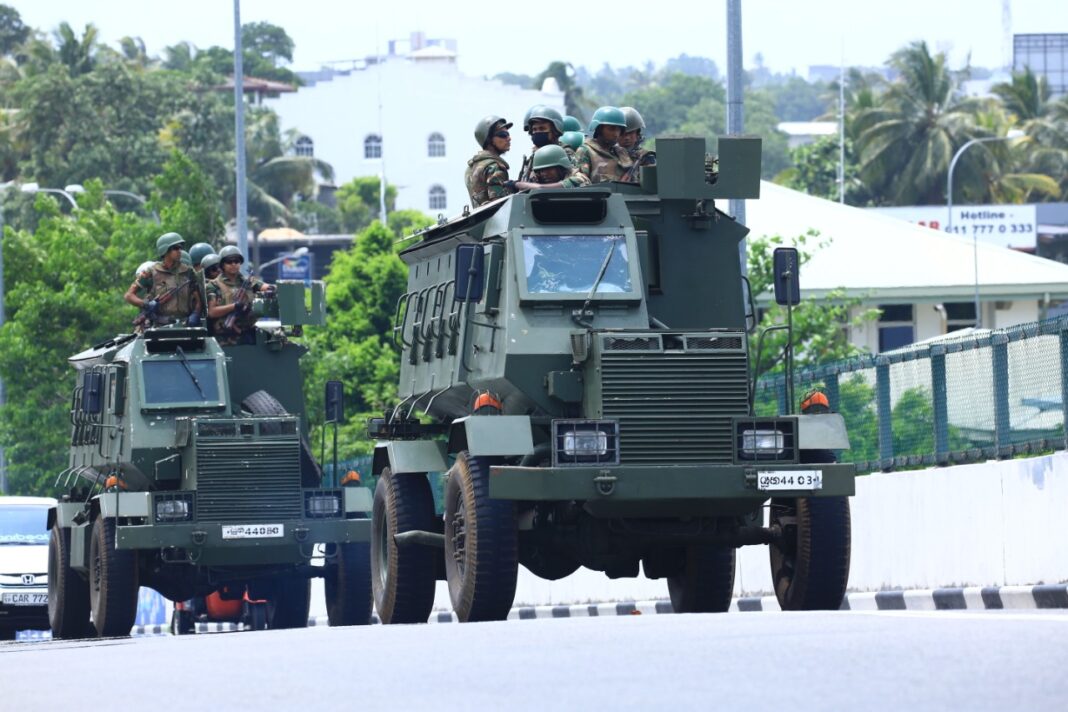 , the global civil society alliance, calls on Sri Lankan security forces to refrain from using excessive force and to prevent further deaths and injuries amid increasing violence around protests and guarantee a safe and enabling space for peaceful protesters to voice their concerns.

Anti-government protests calling for the resignation of President Gotabaya Rajapaksa began in early March 2022 due to the worsening economic condition in the country. Civil society  has documented numerous human rights violations by the government against protesters, including the use of a state of emergency to curb demonstrations and arbitrary arrests of protesters restrictions on internet access and social media platforms and violence against journalists who cover the protests.

On 6 May 2022 under the pretext of maintaining law and orders the government imposed another state of emergency, deployed the military  and imposed a nationwide curfew.

According to reports, at least eight people have died and more than 200 people have been wounded since 9 May. Some were injured by pro-government mobs, while others when police fired tear gas into crowds. There have also been reports of the looting of public property and attacks on the houses of politicians. In a bid to quell the protests, security forces have been ordered to shoot law-breakers on sight.

“The government must immediately send clear instructions to the security forces to avoid any excessive use of force. Should any acts of violence occur, the police should ensure that those who are protesting peacefully are able to continue to do so, and not use the violent acts as a pretext to restrict or impede the exercise of civic freedoms,” said Josef Benedict, Asia Pacific Researcher of CIVICUS.

We are also concerned about reports that the government used excessive force, including of tear gas, against student protesters from the Inter University Student’s Federation in front of the parliament building on 5 May 2022. At least 12 protesters were arrested.

“The security forces must guarantee the rights to freedom of expression and assembly of protesters. Once the situation has calmed, the authorities must conduct independent and impartial inquiries into the violence and prosecute those responsible, including police officers,” added Josef Benedict.

As the party to the International Covenant on Civil and Political Rights (ICCPR), the Sri Lankan government has the duty to respect, protect and fulfil fundamental freedoms enshrined under the treaty. This includes the right to freedom of expression and peaceful assembly. Any use of force must only be the minimum amount necessary, targeted at specific individuals, and proportionate to the threat posed.

CIVICUS also urges the government to immediately lift the state of emergency that imposes restrictions on protests. International law strictly regulates attempts by governments to suspend or otherwise derogate from human rights on the grounds of emergency. Measures of derogation may only be taken to the extent necessary to meet a specific threat to the life of the nation.

CIVICUS has documented how the Rajapaksa administration has led an assault on civic space and fundamental freedoms since the President assumed power more than two years ago.

This includes imposing a ban on all protests under the pretext of COVID-19, arbitrary arrests of peaceful protesters and activists using the draconian Prevention of Terrorism Act (PTA), as well as criminalising dissenters. In March 202, the UN High Commissioner for Human Rights, Michelle Bachelet, similarly reported to the Human Rights Council that ‘the government’s response to criticism has constricted democratic and civic space’.

CIVICUS: World Alliance for Citizen Participation is a global alliance of civil society organisations (CSOs) and activists dedicated to strengthening citizen action and civil society around the world. Founded in 1993, CIVICUS has more than 10,000 members in more than 175 countries throughout the world