Sri Lanka: SC holds corporal punishment in schools is unlawful after teacher’s slap across the ear 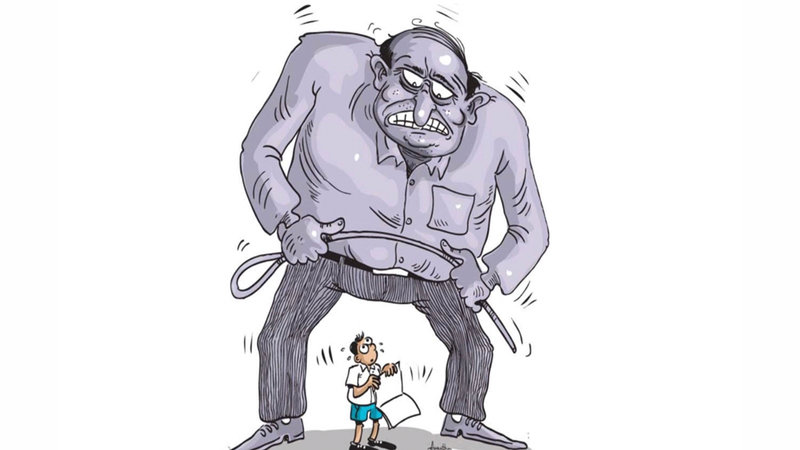 First time since 1995 that the subject of corporal punishment comes before the Supreme Court.

The Supreme Court this week reaffirmed that corporal punishment in schools is unlawful and ordered an art teacher at Puhulwella Central College to pay Rs 150,000 as compensation to a student of the same institution who sustained permanent lifelong hearing damage after being hit across the ear.

“Encouraging corporal violence normalises violence, undermines the dignity of a child, and inflicts trauma in children which is reflected in unhealthy and disruptive behaviour as adults,” Justice S Thurairaja, PC, said in his decision, supported by Justices Sisira J De Abrew and Murdu N B Fernando, PC.

“Corporal punishment disregards the integrity, autonomy, and dignity of each child,” the Court held. “We must also recognise that adults are protected by law from similar incidents as it would amount to criminal use of force, assault, and other crimes against the person.”

Justice S Thurairaja observed in his judgment that the Fundamental Rights of the child petitioner enshrined in Article 11 of the Constitution have been violated by the school teacher.

“Normalising violence, as in the instant case, is unacceptable as this leaves voiceless minors vulnerable in the face of mental and physical violence and trauma, and we, as an institution of Justice would be failing in our duty to allow for such normalisation of violence and victimisation of children,” he says.

It is the first time since 1995 that the subject of corporal punishment came before the Supreme Court. In that instant, the Court, after considering the case of Bandara V Wickremasinghe, supported the view that “excessive use of force by teachers and administrative officials in maintaining discipline could amount to cruel and degrading treatment”.

Hewa Maddumage Karunapala and Pallekkamkanamge Dona Kumudini and the child petitioner (whose name was withheld as he was a minor) named Jayantha Prema Kumara Siriwardhana, the art teacher at Puhulwella Central College, M Leelawathie, its Principal, Zonal Director of Education W R Weerakoon and several others as respondents.

On February 13, 2017, the child petitioner–then 15-years-old–was slapped across the face by Mr Siriwardhana for having sat on an unstable wall at the school premises despite previously having been warned not to do so. The assault left him feeling excruciating pain and severe discomfort in addition to being startled and disoriented.

Other teachers who were notified of the incident did not take the injury seriously, with one even telling him: “It will pass. Now don’t go home and exaggerate it and tell our parents.”

The boy sought medical treatment, first at the Kirinda-Puhulwella Rural Hospital where eardrum damage was identified. He was thereafter examined at the Matara General Hospital, the Karapitya Teaching Hospital and National Hospital of Sri Lanka. It was found he suffered from a perforated eardrum and “conductive hearing loss” in the left ear related to low frequencies.

“As educators, teachers hold a primary responsibility in ensuring the safety of children,” the Supreme Court held. “Additionally, it is the practices ingrained and experienced by children that they carry forward into adulthood. Experiencing physical violence in childhood increases the likelihood of producing adults that engage in violence in daily life and the infliction of violence upon future children as it is the ‘traditional’ and ‘tried and tested’ method of raising children.”

Parents, teachers and guardians are responsible for the growth and upbringing of children and are entrusted with guiding and instilling discipline in them. “However, children are not to be considered property of the adults entrusted with their care,” the decision said. “Children are entitled to their own sense of self and dignity being separate beings.

“It is unacceptable to consider that a child assaulted may not be entitled to remedy while an adult in the same circumstances would be entitled to such relief, for the reason of being a minor,” it asserted. “In any case, minors as vulnerable and impressionable members of society must be entitled to a higher degree of protection.”