Sri Lanka: Rule by Emergency-The default refuge of an authoritarian 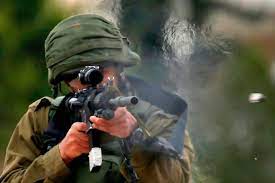 During the early hours of the morning on 22 July, the armed forces, at least several hundreds, moved to the ‘GotaGoGama’ (GGG) site at Galle Face, attacked unarmed protesters, journalists, and even bystanders, and destroyed tents and installations at the site.

Lawyers and others who attempted to enter the site were not only prevented but also assaulted. Eight persons were arrested and the whereabouts of two journalists was unknown for several hours after their arrest. They were later found with severe injuries and admitted to hospital.

The violence by the armed forces took place under the cover of the State of Emergency (SOE) and the draconian Emergency Regulations (issued on 18 July, hereinafter the Regulations) issued under the SOE by President Ranil Wickremesinghe.

Since independence, the SOE is a tool that has been used by successive Executive presidents to curtail human rights and crack down on dissent. Wickremesinghe has merely continued this trend. The need for the declaration of the SOE itself needs to be questioned as Wickremesinghe declared Emergency to deal with a situation that is not only of his and the Rajapaksas’ making but has also been exacerbated by them.

The Regulations contain many offences that are unrelated to the supposed need to safeguard national security and maintain law and order, such as procuration, sexual exploitation of children, trafficking, and unnatural offences (same sex sexual relations), amongst others.

The armed forces, who are not trained in law enforcement and lack the knowledge to identify whether an offence has been committed, have been empowered to arrest and detain anyone who ‘is committing, has committed or whom he has reasonable ground for (sic) suspected to have been concerned in, or to have committed an offence’.

This is militarisation of policing and can result in arbitrary arrest and detention and the violation of due process rights. It is alarming that the armed forces, who are caught on video brutally attacking unarmed people, have the power to become involved in offences involving women and children.

There are many Regulations that enable arbitrary arrest and detention and create room for torture in custody. For example, Regulation 17 empowers the Deputy Inspector General (DIG) to issue a detention order for 14 days.

It should be noted that even under the Prevention of Terrorism Act (PTA), it is the Minister of Defence who has the power to issue a detention order. Detention in Police custody without producing the person before a judge has also been extended from 24 hours to 72 hours, like in the PTA. However in this instance, at the end of the said 72 hours, a Police officer, albeit a senior officer, is allowed to further detain a person for 14 days without producing the person before a judge.

According to the Regulations, once the armed forces arrest a person, the person has to be handed over to a Police station within 24 hours. On 22 July we witnessed the armed forces brutally assaulting persons when they took them into custody, thereby clearly illustrating that the armed forces should not be given the power to conduct arrests.

The time limit to report an arrest to a superior officer is also 24 hours (not immediately) and raises concerns about the vulnerability of arrested persons to torture during the interim period. The powers given to the armed forces to interrogate persons can similarly lead to the use of force/torture.

The Regulations empower a Police officer or a member of the armed forces authorised by the respective service commanders to remove a person from any place of detention or custody and keep them in the temporary custody of that particular officer for a period of not more than seven days at a time.

Handing over the custody of an arrested person to an individual officer for a period of seven days without any judicial oversight can result in torture. For instance, there are similar provisions in the PTA and detained persons have reported they suffered brutal torture when they were taken out of authorised places of detention to another place.

SOE and the Executive President

Regulation 11 (11) empowers the President, i.e. one man, to prohibit holding processions or public meetings. This is a broad power with no objective criteria set out based on which the President has to make the decision. It therefore curtails the freedom of expression and freedom of assembly via arbitrary Executive action. The Judiciary plays no role in this determination.

The Regulations increase the penalties for offences for which penalties already exist in the Penal Code and other laws. For instance, offences for which the penalties are not less than two or five years and a maximum of 20 years or a maximum of 10 years now attract a penalty of life imprisonment or 20 years. Hence, the Regulations which were issued by the President, override the penalties imposed by law enacted by the Parliament. This is Executive overreach and an attempt to usurp the authority of Parliament.

Although bail is supposed to be the norm, Regulation 34 (2) states bail will be denied for all offences under the Regulations except in exceptional circumstances. Hence, the right to bail, which is bestowed by the Bail Act, a law passed by Parliament, is being denied by the President via Emergency Regulations.

Although, at present, it is the President who has the power to declare a curfew under the Public Security Ordinance, Regulation 11 (12) enables the Inspector General of Police (IGP)  to declare curfew.

The Regulation however does not explicitly use the word ‘curfew,’ nor does it state the order to declare restrictions on movement must be gazetted. This too allows a single person, the IGP in this instance, to make a decision to restrict the movement of people without any checks on their authority. Furthermore, there is no transparency about the basis on which the IGP makes the decision.

For example, activist Anuruddha Bandara was arrested under Section 120 in April this year for a post on Facebook that stated “say no to corrupt politicians” and requested people not to engage in violence during protests.

Regulation 14 states ‘no person shall affix in any place visible to the public or distribute among the public any posters, handbills or leaflets, the contents of which are prejudicial to public security, public order or the maintenance of supplies and services essential to the life of the community’.

Once again, this is a vague and broad provision and is open to abuse by the Police and armed forces who will likely interpret it to mean any action that challenges the Government. It can therefore result in the arbitrary curtailment of civic rights by the Police and the military.

Another Regulation that is predictive and hence can lead to arbitrary action is Regulation 15 which states that no person shall spread ‘rumours, likely to cause public alarm, public disorder or racial violence or which is likely to incite the committing of an offence’.

Regulation 36 (1) empowers a sergeant or corporal to ‘order any person at any public road, railway, public park, public recreation ground or other public ground, or in the vicinity of, the premises of any public building or Government department, to remove themselves from that place’. If they do not leave, the Regulation authorises the officers to use armed force to remove or arrest or detain the person.

The Regulation does not stipulate the reasons for which the officer can demand a person to leave, which can result in individual officers making arbitrary decisions that violate a person’s freedom of movement, expression and assembly.

This was witnessed during the attack on protesters on 22 July when persons who approached armed forces to demand information regarding the whereabouts of arrested persons were ordered to leave the location.

Executive Presidency must be abolished

The incidents of 22 July add to existing evidence of the need to abolish the Executive Presidency as well as reform the Public Security Ordinance, which allows the President to declare a State of Emergency without adequate checks and balances and violate fundamental rights at will with impunity.

Courtesy of The Morning