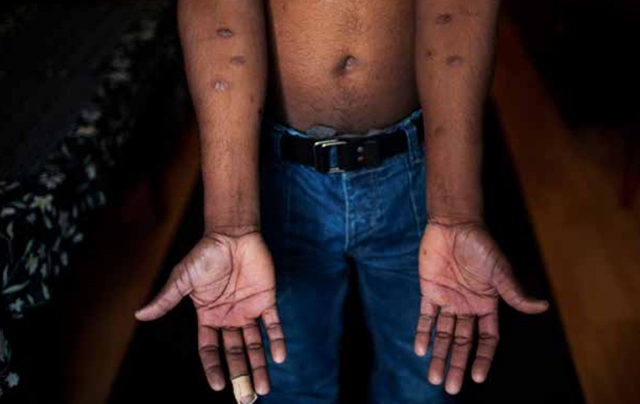 ALTERNATIVE REPORT TO THE COMMITTEE AGAINST TORTURE IN CONNECTION WITH THE 5TH PERIODIC REPORT OF SRI LANKA.

Introduction to the AHRC report to UN CAT:

5th Periodic Report by Sri Lanka as a state party was due in 2012.

The Report of the GOSL shows that it is in a denial mode. It rejects all the allegations of Sri Lanka being a country where widespread use of torture and ill-treatment exist.

The fact is that regarding the complaints against torture and ill-treatment, no credible complaint mechanisms exists. Though there is a law criminalising torture, by way of the CAT Act, No. 22 of 1994, no one is being prosecuted under this Act during the period relevant to this Report and thus impunity prevails. The remedy under the fundamental rights provisions of the Constitution is not an effective remedy, in terms of Article 2 of the ICCPR, in that the declarations made by the Supreme Court under these provisions have no impact at all, and the process of litigation takes enormously long time. Even after this inordinate time, compensation, if at all offered, is just modicum in most cases.

Further, under this constitutional provision, the Supreme Court has no powers to release a person from custody, even if holding of such a person is found to be illegal. A large section of the Sri Lankan police force consists of officers who lack educational and professional qualifications to be policemen, and to conduct investigations into serious crimes. Such incompetence often leads to torture and illtreatment as a method of investigation into crime. The judicial process is beset with prolonged delays, which frustrates all attempts to seek an effective remedy. There is no effective legal aid system to assist victims. Despite there being a law on witness protection, such protection is envisaged to be carried out through the police themselves, who often are accused of engaging in acts of torture. The prisons are overwhelmingly overcrowded and the conditions of prisons themselves have created a situation of cruel and inhuman punishment on victims. And, due to incompetence of the police and poor supervision by the hierarchy of the police, illegal arrests take place all the time, and the Magistrates have a practice of remanding anyone, purely on the request of the police.

In short, structurally, the police, the prosecution, the Judiciary, and the armed forces, suffer very serious defects, without the correction of which the eradication of torture is impossible. And yet this list of defects is flatly denied by the GOSL in their Report.

In the preliminary report of the UN Special Rapporteur on torture and other cruel, inhuman and degrading treatment or punishment, (dated 7th May 2016), Mr. Mendez categorically states that “… I am persuaded that torture is a common practice carried out in relation to regular criminal investigations in large majority by the Criminal Investigation Department (CID) of the police….”

In fact, the Rapporteur, during his visit met many victims and also subjected some of them who claimed to have suffered torture and ill treatment to examination by forensic experts who have confirmed the fact of these persons were being tortured. The UN Rapporteur also visited places of detention and prisons and was able to see that these were places which are highly overcrowded and which do not provide basic ventilation and health facilities. He has arrived at the finding that conditions in these places amounts to cruel and inhuman treatment for those detained here. He has also observed the judicial process, which is beset with long years of delays, causing enormous
inconveniences to the victims. He has also come to the finding that no case has been filed under the CAT Act No. 22 of 1994 in recent times and that constitutional provisions under fundamental rights are inadequate and ineffective remedies. Impunity prevails, and there are many other findings which completely contradicts the denials by the GOSL.

The findings of the UN Rapporteur for the independence of judges and lawyers confirms that the judicial system, including the prosecutorial system and the investigative system, are all seriously flawed. They are agreed on the findings by the UN Rapporteur on torture and ill-treatment, that judicial oversight of police action is superficial and that “… The current legal framework and the lack of reform within the structures of the armed forces, police, Attorney-General’s Office and judiciary perpetuate the real risk that the practice of torture will continue. Sri Lanka needs urgent measures adopted in a comprehensive manner to ensure structural reform in the country’s key institutions… … A piecemeal approach will not be compatible with the soon-to-be-launched transitional justice process and could undermine it before it really begins.”

If this exercise before the CAT Committee, on examination of the 5th Periodic Report, is to be of any meaning and use, the GOSL must abandon its false position, of being in a state of denial about serious violations regarding torture and ill-treatment and the related matters mentioned above. The present Government that was elected through a Presidential election held on 8th January 2015 and a Parliamentary Election held on 17th August 2015 should have no difficulty at all in abandoning this mode of denial, as their election promises and the discussions were completely based on the allegation that under the previous regime, Sri Lanka has reached a state of lawlessness. The collapse of the policing system, the prosecutors system, and the judicial system, were all matters that were made a prominent part of the discourse prior to the elections. The GOSL would not want the country to believe or the world to believe that it has changed all that within the last one and half years. The government has not claimed that in Parliament or elsewhere. Therefore, the GOSL does not have any basis to maintain the denials on which it has based its Report. Instead, the wiser course of action for the GOSL, is to admit the obvious and begin a genuine dialogue with the CAT Committee on what corrective measures can be taken before the next periodic report in order that the abysmal lawlessness that prevails in the country can begin to be addressed and the defects of the police, the prosecution, the judiciary, and the armed forces, could be dealt with, to avoid the practice of torture in Sri Lanka.

If the GOSL would agree to begin this dialogue with the CAT Committee with that open and genuine spirit, this exercise can bring improvement of the situation within Sri Lanka. However, if the GOSL is unwilling and incapable of working outside its denial mode, then, the discourse during this Session will bear as little result as the previous discourses in the earlier Periodic Review Sessions.

The Asian Human Rights Commission’s submissions are made on the basis of completely justifiable findings of the two UN Special Rapporteurs mentioned above and we suggest that these findings should be treated as the common basis on which an effective discourse could be carried out for making improvements for the prevention of torture and ill-treatment, which would also contribute to the resurrection of the fallen legal system and rule of law