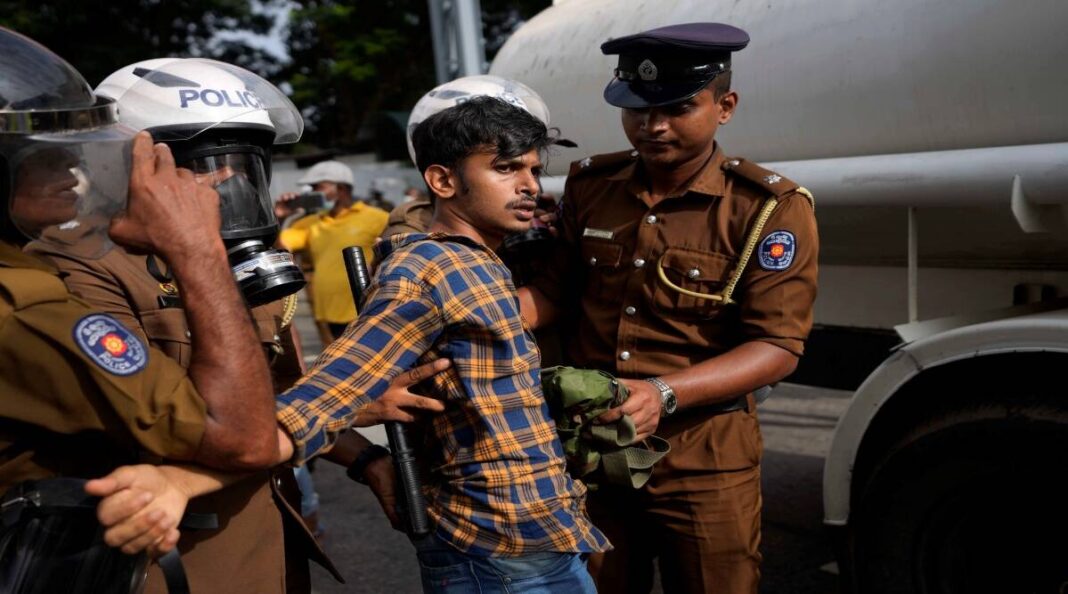 Image: Activists have also expressed fears that it would allow the Government to detain these persons in rehabilitation centres for a lengthy period of time.

Samgi Jana Balawegaya MP S.M. Marikkar has gone to courts against the Rehabilitation Authority bill proposed by the Government.

Marikkar filed a fundamental rights petition before the Supreme Court yesterday seeking an order against the bill entitled Bureau of Rehabilitation. He requested the court to grant a ruling that the bill is in violation of the Constitution of Sri Lanka.

The MP filed the petition after concerns were raised by activists and other groups that this bill if enacted would lead to the forming of a rehabilitation agency that would allow it to crack down on anti-Government protests and activists. The petition states that a bill has been placed on the Parliamentary records and Sections 3 and 4 thereof have defined violent persons as rebels and suspects.

The petitioner has stated in his petition that certain clauses of this bill allow authorities to arrest rebels, and violent drug users and send them to a rehabilitation camp without bringing them before the courts. He noted therefore this bill is also contrary to Articles 4, 12 and 14 of the Constitution.

Activists have also expressed fears that it would allow the Government to detain these persons in rehabilitation centres for a lengthy period of time.

The bill titled ‘Bureau Of Rehabilitation’ was introduced by Justice Minister Wijeyadasa Rajapakshe on 23 September.

The bill states that the agency’s purpose is to protect drug addicts, former and misguided combatants, members of violent extremist groups, and by adopting a variety of treatment modalities to ensure effective treatment. It states that it is to rehabilitate other groups of people who need treatment and rehabilitation. Reintegration and reconciliation through the development of socioeconomic standards.

The administration, management and control of the Department’s affairs are expected to be entrusted to a Governing Council consisting of the Secretaries of Defence, Health, Education, and Rehabilitation or an Additional Secretary. It will also include the Inspector General of Police or a Deputy Inspector General of Police and representatives of the National Dangerous Substances Control Board.

According to this bill, the bureau will also be vested with the power to direct any member of the Sri Lanka Army, Sri Lanka Air Force, and the Sri Lanka Navy for rehabilitation.