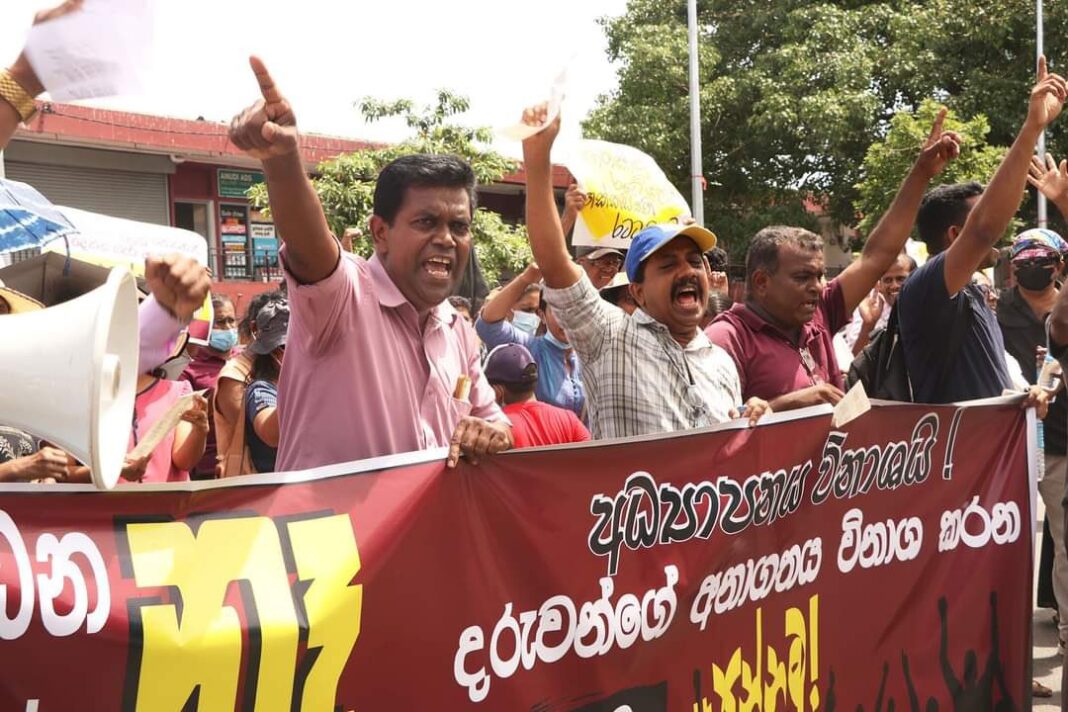 Arguably one of the least appreciated fallouts of the Covid-19 in Sri Lanka seems to be
education. According to United Nation’s early observations Covid-19 related school
closures were responsible for learning losses of 94% learners worldwide. At its peak
schools were suspended nationwide in 188 countries affecting more than 1.5 billion
schoolchildren. The world hasn’t seen an educational disruption this scale before.

“For example, a study from the Netherlands reported that during a school closure of eight weeks children lost equivalent of 20% of what would have been achieved during a typical school year.”

Pandemic shocked the education systems to its core and research shows that it stunted
the academic growth. While the rest of the world is recognizing the severity of the
situation and finding ways to rectify it, Sri Lanka, however, is acting like business as
usual when it comes to educating its children in the post-pandemic world.

There are research coming from developed as well as developing nations formally
establishing the obvious: the pandemic had a noticeable negative impact on school
performance of children even when the schools were closed for a few weeks. For
example, a study from the Netherlands reported that during a school closure of eight
weeks children lost equivalent of 20% of what would have been achieved during a
typical school year.

A recent study by the National Center for Education Research in the United States recently reported that — after studying a national sample of 14,800 9-year-olds — the pandemic erased two decades of progress in math and reading.

Research also questioning the wisdom of virtual learning as evidence show that it
wasn’t even a close substitute for in-person learning. Virtual learning’s inefficacy is not
just due to lack of internet connections, Tabs, computers or any such electronic devices.
It just didn’t do what in-person learning was doing. Even in the countries with near
universal availability of broadband at very affordable rates (often free to the low-income
children) with larger devices than smart phones are lagging behind. What is clear in the
data is the disproportionate impact of school closing. School closing of say, a few weeks
resulted months, if not years, of learning losses.

It is not hard to imagine the learning losses

Even when the children of the world were heading back to school as the pandemic was winding down children in Sri Lanka continued to stay home exacerbating the learning losses. Just take the example of the cohorts sitting for the A-Level examination in December this year. Have that class of students had just two months of continues schooling during their entire two years they were supposed to be at school? As a matter of fact, the government openly accepted its failure to educate this group of students when it waived the 80% attendance requirement that was in place as a prerequisite for sitting for the exam.

The government made a mockery of its own education policy when it did that. One may now question the education authorities’ rationale behind the 80% attendance requirement.
Why is it in place? If it can be waived at whim what’s the point of having it? We know
the answer: if the government to enforce the attendance requirement not a single
student would be eligible to sit for the A-Levels in December. In other words this group
of students are not academically ready for the A-Levels in December.

It is worse for the lower grade students

For all the practical reasons the government is shepherding an unprepared class of
students to this exam that is so crucial to their, and the country’s, future. Are our
education authorities aware of the gravity of this situation but do not give a hoot or are
they just clueless or playing dumb?

The reason I brought up the 2022 class of A-Level students is not to say that the problem is limited to them. Actually, it is worse for the lower grade students. Just think about the class of students who started the first grade in 2020. Or those who were in third and fourth and fifth grades prepping for the upcoming Fifth Grade Scholarship exam. What’s the impact on them?

Education experts use the term “unfinished learning” to describe the lost learning due to
school closure. It is used to capture “the reality that students were not given opportunity
to complete all the learning they would have completed in a typical year.” In the United
States, for example, it is estimated that unless steps are taken to address unfinished
learning those who were subjected to school closure may earn $49,000 to $61,000 less
over their lifetime due to the impact of the pandemic. And the impact on the US
economy could amount to $128 billion to $188 billion every year as this cohort enters
the workforce. That is why in the United States K-12 schools received nearly 200 billion
dollars to combat learning losses as a result of the pandemic.

“And a few words for those parents who thought they were outsmarting this problem individually by having a tuition master making home visits: you are delusional and have no clue what education is.”

Not just limited to the loss of the academic knowledge

Unfinished learning is not just limited to the loss of the academic knowledge.
Disengagement from school is likely to make students slipped backward as they lose
the knowledge and the skills they once had (just ask a teacher how hard it is for a
student to engage in learning after a long recess).

Education experts also warn that the students who move on to the next grade unprepared would be missing key building blocks of knowledge that are necessary for success as they move upwards in grade levels.

I am dumbstruck that leaders are acting like nothing has happened to the schoolchildren
over the past two plus years. I know that Sri Lanka is facing an unprecedented
economic crisis and one might say that there are bigger problems facing the country. Of
course there are lots of other and bigger problems including children showing up to
school with an empty stomach. But those “other” problems do not make this a lesser
problem. It should be one of those “big” problems we are facing and should be treated
accordingly as it is so consequential.

The role of the the teachers’ unions

I am happy to see that the teachers’ unions were in the forefront of the “Aragalaya.” However, I would be happier if the teachers’ unions take equal or greater interest in this issue facing the children. Likewise, I was happy how active FUTA was during the “Aragalaya.” Again, I would be happier if they have taken an equal or greater interest in this because, don’t forget the fact that for the next 13 years university spaces will be filled by those who lost two plus years of education on their clock.

It is necessary that the schools, parents as well as teachers’ unions work together to
confront this problem as it is happening elsewhere in the world. This is not the time for
petty squabbles. It is the nation’s future that is at stake. It seems like we have
abandoned the children. No one to speak for them. As the country go forward children
appear in the rear-view mirror.

And a few words for those parents who thought they were outsmarting this problem
individually by having a tuition master making home visits: you are delusional and have
no clue what education is.

Finally, an address to the President. You were once the minister of education and I had
a front seat at your performance as I was an early participant of the ETV project some
forty plus years ago. I was impressed with the way you led the education ministry and
the bold decisions you took. And recently I have heard you talk about “short term and
long-term solutions to country’s problems. Well, Mr. President, this is an area that need
short-term as well as long-tern solutions and I hope you include education in your
“things to do for the country” list.

The writer can be reached at: [email protected]