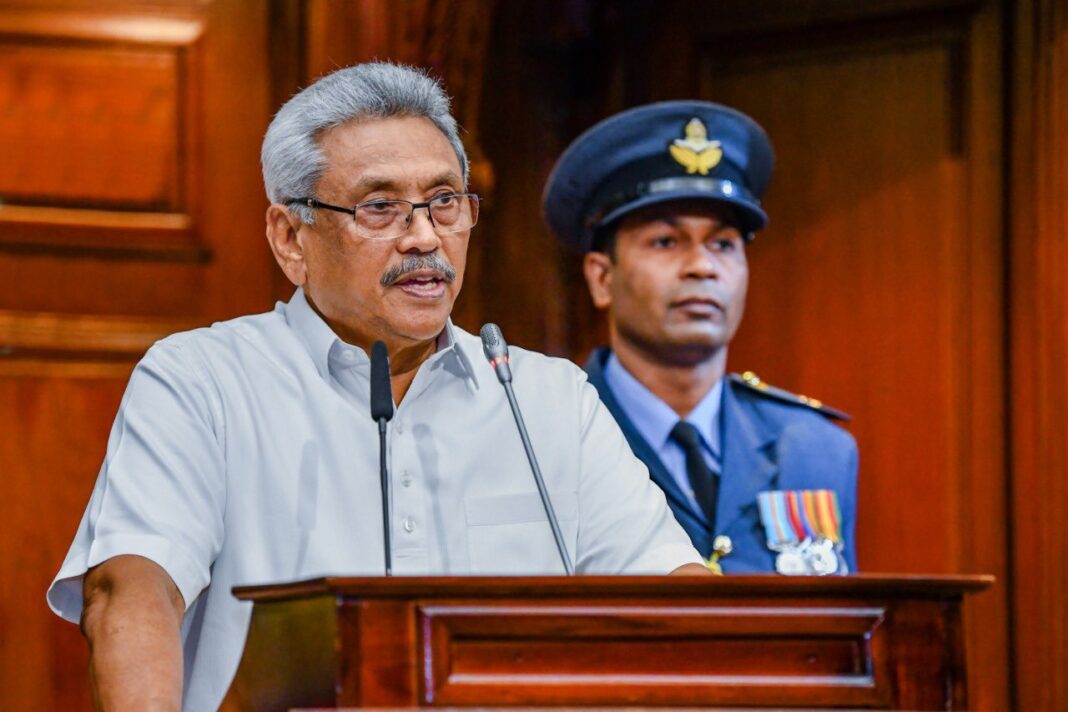 The Bar Association of Sri Lanka (BASL) has said that it is gravely concerned about the signs of a looming economic crisis in Sri Lanka and its possible impact on the rule of law and democracy and on the living conditions of the people.

Secretary to the BASL, Rajeev Amarasuriya has said that the spiraling inflation, shortages of essential goods including cooking gas, the unavailability of foreign currency, people’s inability to remit monies overseas, the downgrading of Sri Lanka’s ratings by multiple international rating agencies, the temporary closure of the oil refinery at Sapugaskanda, reports of the operations of certain foreign airlines being suspended, warnings of a possible power crisis are all indicators which demonstrate the urgency of the need for the government to address the economic crisis without any further delay.

A downturn in the economy can have far reaching adverse consequences to the Rule of Law and Governance of a Country. At its worst, economic decline can result in a complete breakdown of Law and Order, but even prior to that, serious repercussions flow from growing financial hardships that have to be borne by citizens that perpetuates inequality and the ability of citizens to enjoy or vindicate their rights, be they public or private rights. It goes without saying that the worst affected by economic hardship are the most vulnerable in society,” Amarasuriya said

Given below are excerpts of the press release: “It is an undisputed fact that since March 2020 there has been a gradual erosion of foreign reserves from approximately USD 7 billion. Although it was announced by the Central Bank that the reserves have increased to USD 3 billion, it remains to be ascertained how much of that are usable reserves to repay the debt and used to redress the prevailing balance of payments crisis. Even out of the available reserves a large proportion contains moneys obtained in the form of short-term foreign exchange swaps.

“There have been several sovereign credit ratings downgrades in the corresponding period by all the major credit rating agencies. The latest being the downgrades by Fitch Rating Agency to CC and Standard and Poor’s (S & P) to CCC. The International Sovereign Bonds yields across all tenures have remained in double digits for over a period of 2 years. This has made rollover of maturing sovereign bonds not feasible.

“There have also been reports of a flight of foreign capital both from the equities and as well as the money markets. Foreign participation in both markets at present is only negligible. The Economist magazine named Sri Lanka as one of the most vulnerable countries to the expected fallout in emerging markets from the anticipated raising of interest rates by the Federal Reserve of the United States. Debt to GDP from approximately 85% in 2019 is now estimated to have risen to approximately 104% of GDP. However, in the same period the government revenue as a percentage of the GDP has fallen from approximately 12% to 10%. Year on Year headline inflation in the month of November 2021 was recorded at 9.92% and December 2021 recorded a double digit figure of 12%, the highest in the past 7 years. The Net International Reserve Position of the Country has been negative for over three months consecutively. All of this has resulted in the scarcity of foreign exchange to sustain essential imports.

“The ability of the government to meet its total dollar requirements of approximately USD 6.9 billion in 2022 is being questioned, although the Central Bank has pledged that such commitments will be met. Questions as to the stability of the financial sector are also being raised.

“The BASL notes with deep concern the statement made in late December by the Joint Chambers of Commerce calling upon the government that if actions as envisaged by the recently announced Roadmap by the Central Bank of Sri Lanka are not materialized within the anticipated timeframes to reconsider other alternative courses of action available to the country such as engaging with the IMF to explore the funding options they can offer. The Joint Chambers have warned that if conditions do not improve many local companies would look to relocate their business operations overseas and that the ability to attract Foreign Direct Investment (FDI) into the country will be constrained.

“The BASL acknowledges that the government has been confronted with extraordinary challenges in the form of the pandemic which has caused disruptions to the economic activities. It also recognizes the fact that the government has taken measures to address the challenges arising thereof. Similarly, the Government has sought to undertake remedial measures to address the fallout from the prevalent crisis consequent to the loss of access to financial markets and the resulting paucity of foreign exchange domestically thereof. However, none of those measures have brought about the desired results and have failed to build confidence to reverse the flight of foreign capital from the equities and money markets. Neither have these steps resulted in regaining access to international financial markets to raise debt.

“Enjoyment of a living standard based on desired lifestyle choices and income has become a challenge. Our members who are mostly self-employed are particularly vulnerable and adversely impacted by these events as savings and assets form the bedrock of their economic safety net. Some of the measures taken by the Government have directly impeded the ability of our members to perform their professional duties, particularly the purported regulation that compels the conversion of foreign inflows into rupees within a stipulated time period.

“We believe that the present crisis is the crescendo of the crisis emanating from the systematic undermining of the rule of law and governance based on executive convenience and expediency rather than on institutional independence and autonomy over a long period of time by successive governments.

“In these circumstances, the BASL calls upon the government to seek the assistance of acknowledged independent and non-partisan experts both domestically and internationally and also of multilateral institutions that have a proven record of providing resources financially as well as in the form of technical expertise that will enable sustainable solutions to this crisis. It is our belief that such assistance will result in the prescriptions that manifest to the world Sri Lanka’s belief in institutions as a country where effective governance is not contingent on personalities. It will manifest the fact that Sri Lanka has the desire and institutional capacity to respond to the exigencies brought by the present crisis via prescriptions that subscribe to the Rule of Law. Moreover, it is our belief that only such a response will create the institutional framework that ensures the efficient collection of revenue and the result in the efficient allocation of scarce resources and the formulation of monetary policy that ensures economic stability rather than a permissive one which facilitates executive expediency and convenience. The achievement of these outcomes is in our opinion indispensable to resolve the crisis at hand.”