Sri Lanka: Pope Francis will go among the Tamils 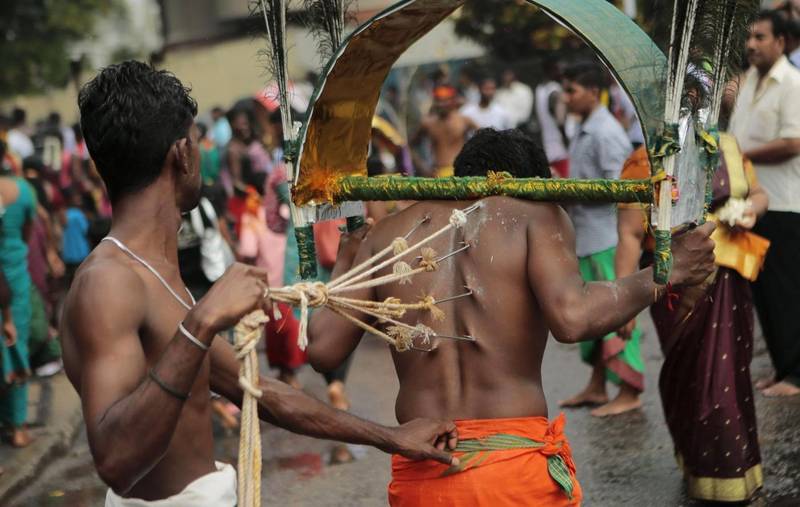 [Photo:©LaPresse]
Official announcement of the stop at the Shrine of Our Lady of Madhu, where he will bless the war victims.

In his trip to Sri Lanka, that will take place between the 13th and the 15th of January 2015, before proceeding to the Philippines, Pope Francis will visit the Shrine of Our Lady of Madhu and will thus be the first Pope in history to set foot in a territory where most inhabitants are Tamil. Francis chooses to touch on the sore point of the civil war between the Sinhalese and the Tamil people that devastated the island for 26 years (1983-2009) and has left deep wounds.

While we await the publication of the official programme of the trip, the confirmation of Francis’ pilgrimage to Madhu – that appears to be the culmination of the whole visit to ex-Ceylon due to its symbolic value – came from Cardinal Malcolm Ranjith, the archbishop of Colombo and the president of the Catholic Bishops’ Conference of the island. The cardinal, who is a leader for Sinhalese Catholics, decided to visit Madhu, the oldest Shrine on the island, to celebrate the Feast of the Assumption last 15th of August. On that occasion, he stood next to Rayppu Joseph, the bishop of the dioceses of Mannar who had asked the Holy See that the Pope visit Tamil territories, on behalf of numerous priests and lay representatives of the Tamil Catholic community.

From the pulpit of the Shrine, Ranjith made the Papal visit, that was greatly awaited by the pilgrims gathered there, official. Francis, said the cardinal, will celebrate Mass in the Shrine on the 14th of January, where he will meet and bless the many Tamil families who were victims of the war.

Pope Francis’ visit to Madhu presented some logistical problems: Madhu is 260km north of Colombo, and the briefness of his visit rendered the journey there rather difficult. On the other hand, Tamil people make up 12% of the Sri-Lankan population and, since they are gathered almost exclusively in four of the 11 dioceses of the country, they could not be ignored by a trip that intends to have the theme of reconciliation as its cornerstone.

The Shrine of Madhu, founded by the Dutch, goes back more than 400 years and has become the symbol for national reconciliation. The Shrine was preserved from armed conflicts as a “free zone” and has become a place where the Tamils and the Sinhalese, Christians as well as believers of other religions, met side by side without hostilities. It is the destination of incessant pilgrimages and thus it is the place that is best suited to send a message of social, political and religious harmony.

“The presence of the Pope in Madhu will contribute to raising awareness of the current conditions of war victims in Sri Lanka”, reports S. J. Emmanuel to Vatican Insider. Emmanuel is a Tamil priest who emigrated to Germany and is now leader of the “Global Tamil Forum”. Tamil people still live in a regime of “military occupation”, and are subject to intimidations, repressions and glaring human rights abuses. This is without mentioning the problematic recognition of war crimes perpetrated by the army during the last phase of the civil war, that the government in Colombo persists in denying.

Emmanuel explains that “the Church in Sri Lanka embraces the two components of the population, the Sinhalese and the Tamil. But despite its unity in one Bishops’ Conference, it remains divided by the experiences of war. We wish for Pope Francis’ visit to represent a turning point for the Church, moving towards a more courageous and prophetic approach.

Tension, even within the Church, remains covert, but sometimes it emerges with clarity: in the past days the bishop of Mannar, Rayappu Joseph, rejected summons of the Presidential Commission on missing people. The panel should investigate on the events that, during the conflict, undercut Tamil leadership, as well as hundreds of Tamil families. According to the bishop, this is only a façade operation that “failed to address the question of impunity”, while the UN inquest on the conflict is obstructed by the executive government of President Rajapaksa, who invokes the principle of “non-intervention”.

Meanwhile, the Sri-Lankan Church published the logo for the Papal visit. It shows a “Cross of Sri Lanka”, set against the background of a white and yellow mitre. On the sides, there are four flags, symbolising the multi-ethnic and multi-religious character of this Asian country. On the right side, we can see the Indian missionary Joseph Vaz, the founder of the Sri-Lankan Church, who was beatified by John Paul II exactly 20 years ago, during his trip to the island in 1995. Even though there is very little time left, the local Church still hopes that Vaz, who is the object of profound popular devotion, might become the first (adoptive) Sri-Lankan saint on the occasion of the Pope’s visit.
– Vatican Insdier