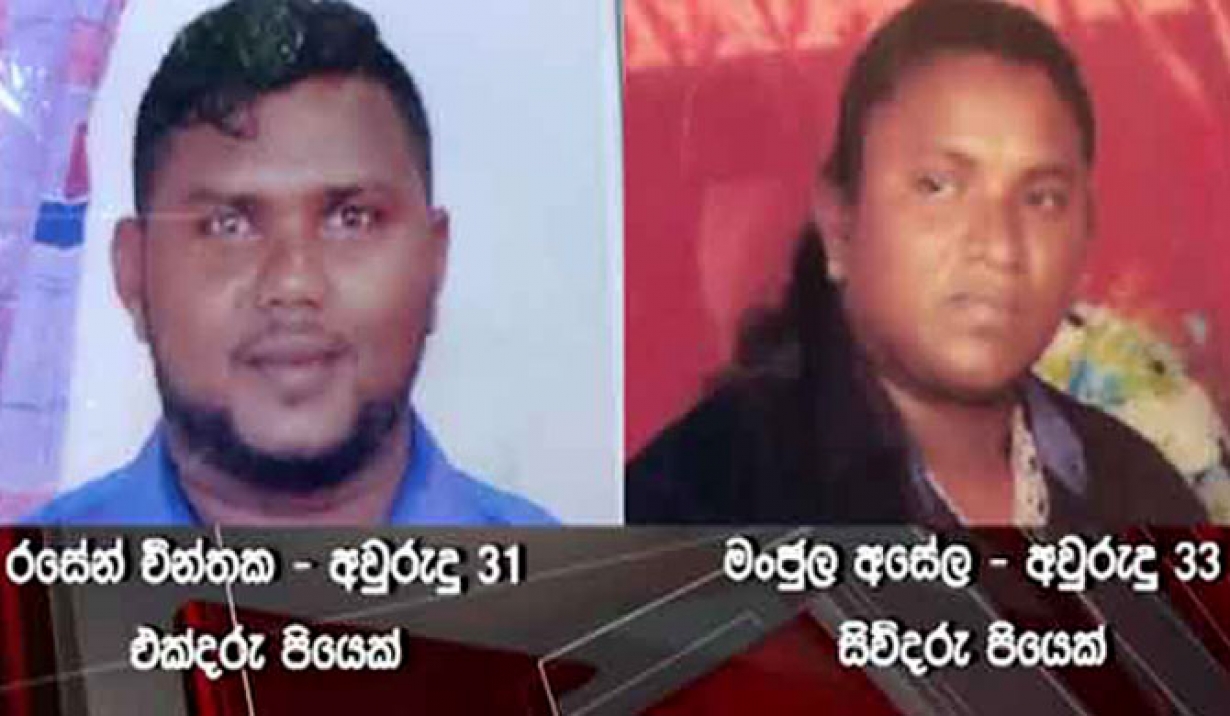 Two businessmen  Manjula Asanka and Raseen Chinthaka from  from  Boossa, Galle district  has been abducted b the police and they have  tortured and killed Sri Lanka media reports. ;ater their bodies have been burned.  Sinhala weekly Ravaya reports  a group of Southern Province police officers were involved in this murder, according to a letter received by the families.

Senior Deputy Inspector General of Police (SDIG) for Southern Range Ravi Wijegunewardene has been transferred to Police Headquarters, as CID detectives are probing the abduction and alleged murder of two persons.

Police sources said last night that he may face arrest together with a group of other police officers over the incident.

According to initial findings, Manjula Asela Kumara (33) and Rasin Chinthaka (31) had been picked up by persons in Police uniforms at around 10.30 a.m. on January 23. They had been handcuffed and taken away.

Public protests began in the Ratgama area after the abduction and demands were made for a full investigation. It continued yesterday.

According to a complaint, the Ratgama Police had at first refused to entertain a complaint. They had only done so after four hours. Another complaint had been lodged based on an anonymous letter received by the wife of one of the businessmen. The letter said that the abduction was reportedly carried out by a special police unit which functioned directly under the senior police officer.

The anonymous letter had alleged that one of the abductees had been badly assaulted leading to his death. Thereafter, the second person had been killed to ensure that the story did not leak out. The bodies of the two are yet to be discovered.
ST

Police Inspector Kapila Nishantha of the Special Investigations Unit (Southern Province) was arrested by the CID today (Feb 18) over the abduction of two businessmen in Rathgama.

CID had commenced investigations upon the directives of IGP Pujith Jayasundara into the abduction of two businessmen who were reported to have been abducted on January 23 by groups who were clad in a dress similar to a police uniform in a car and a van.

CID officials had also seized a KDH van yesterday that is suspected to have been used in the abduction.

Statements have also been recorded from several individuals including the families of the disappeared businessmen.
ST